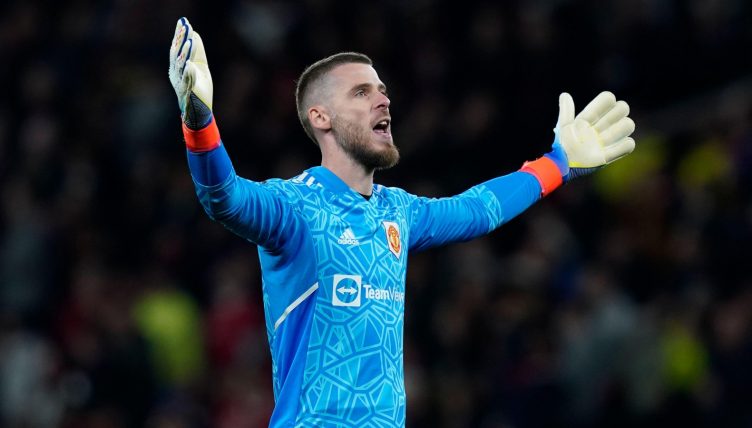 Spain weren’t too many people’s favourites for World Cup glory but, considering their opening victory & strength of this line-up watching the tournament at home, perhaps they should be.

The 2010 winners have disappointed in their last two World Cups but were excellent in last summer’s European Championship and were unlucky to lose a riveting semi-final against Italy.

And manager Luis Enrique made some big calls in his selected squad, picking young stars and leaving experienced campaigners out – which paid off during their 7-0 opening win over Costa Rica.

But Spain still have one of the best squads in this year’s tournament and that’s without these stars that have been left behind.

De Gea isn’t quite the player he used to be, but is still a world-class shot-stopper as he’s proven on a regular basis for Manchester United over recent seasons.

But, despite a solid start under Erik ten Hag, it wasn’t too surprising to see Enrique prefer Unai Simon, Robert Sanchez and David Raya as his three goalkeepers for the World Cup.

The Sporting Lisbon defender looked impressive against Tottenham in the Champions League last month but has been overlooked by Spain for this year’s tournament.

Having contributed four assists and a goal in the Portuguese league this year, Porro will be hopeful of featuring in future squads. He’s been linked with a move to Barcelona – you imagine that would help his cause.

Football’s ultimate shithouse won’t be in Qatar after being excluded from the Spain squad for the second successive major tournament.

While Ramos’ absence from the Euro 2020 squad was a surprise, not too many Spanish football experts were predicting his inclusion this time.

“The World Cup? Of course, it was one of those great dreams I had to fulfil,” Ramos said on social media. “It would have been my fifth, but unfortunately I’ll have to watch it at home.”

And now the PSG defender appears unlikely to add to his 180 caps for Spain. 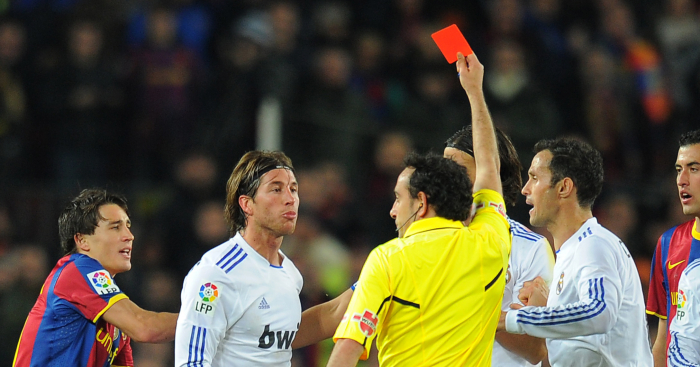 Another experienced defender who’ll be watching Spain from the comfort of an armchair, It seems unfair that a player of Martinez’s undoubted quality only has 13 international caps – and never played a major tournament.

But Enrique has decided that the Athletic Bilbao defender was not worthy of inclusion in his 26-man squad.

Grimaldo has been in excellent form for Benfica, especially during their Champions League campaign, but has never been capped by Spain.

And, considering his beef with Enrique, perhaps a call-up for Qatar 2022 was always unlikely.

“He has never told me anything,” Grimaldo said as a Barcelona player back in 2015. “I have not had any contact with him, nor do I have anything to say to him.”

What a strike from Benfica's Álex Grimaldo last night! 🤤

No stopping that! 💥#UCL pic.twitter.com/queUC7qLbO

Seen by many as the heir to Sergio Busquets’ throne, Enrique has given the Barcelona man the nod for one last hurrah at a major tournament.

The Real Sociedad midfielder has put in a string of classy performances this season and will get his chance one day as he’s simply too good to be ignored.

Liverpool’s classy operator was a bit-part player at Euro 2020 and has been unceremoniously dropped for the Qatar finals – despite a number of good performances in the Premier League.

Enrique defended his decision by saying: “If it were a normal World Cup, we would integrate the physical needs into the training, but halfway through the season we are not going to work on the physical level of a player.”

Still, there can’t be many players in world football that can hit a ball as sweet as the 31-year-old.

Signed by PSG this summer, Ruiz would have held out hope of a spot on the plane to Qatar until an unfortunate injury ended his chances.

Even though he has not been called up by Enrique to the national team since the European Championship, and hasn’t established himself in the PSG XI, Ruiz remains a player of substantial quality and will hope to come back stronger from his injury set-back.

While Moreno has suffered with injuries this season, it was still a real surprise to see him left of Spain’s squad.

The Villarreal striker, who played on multiple occasions at Euro 2020, scored 13 goals and assisted six more in 27 games at club level last year and it’s a big call by Enrique to exclude him.

Aspas has reached double figures for goals in every completed La Liga season since 2015-16 for Celta Vigo but that’s not enough for Enrique to pick him in the World Cup squad.

Saying that, the 35-year-old is perhaps a touch too old for serious consideration but he’s still one of the best strikers in Spanish football.

“Hopefully, I think, I have some chance, I have to enjoy it,” Iglesias said in October when asked about his World Cup chances.

“I will work to keep my team at the top, to score goals and for the team to win, and from there we will see what happens.”

Sadly, the excellent Real Betis didn’t go quite enough to dislodge the likes of Alvaro Morata from the Spain squad.

But, with Betis pushing for Champions League qualification, Iglesias will have plenty more opportunities to force his way into Enrique’s thinking.