An XI of the best free agents to sign on FM2022: Paulinho, Giovinco… 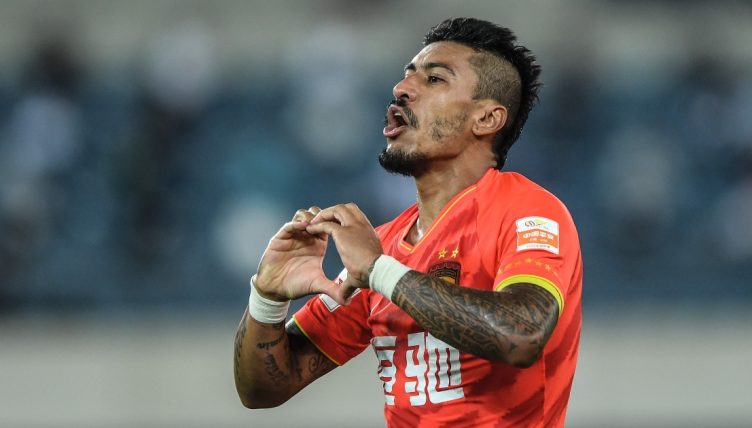 Whilst playing Football Manager, we all know the feeling of having your request for extra transfer funds rejected by the board.

We’ve put together the best team you can sign at the start of the game without spending a penny.

The team is built in a 4-2-3-1 formation, which includes some well-known veterans, as well as a few hidden stars.

Despite being 37 years old, the Spanish journeyman can still do a pretty solid job in goal for a season or two.

Look past his age and you’ll have a solid player. Also, with his kicking rated at 16, he’ll be able to play in the sweeper-keeper role effectively.

He isn’t rated lower than 14 in any of the goalkeeping categories, so he will provide some pretty safe hands for you between the sticks.

At 33 years old, Ahmed Elmohamady is still a pretty solid choice at right-back.

If you’re in charge of a lower-table Premier League side or a Championship side, signing Elmohamady should be a no-brainer.

A one-year contract would be ideal. Should you sign him for longer, he would make a solid backup in your second season.

Trezeguet scored a lovely goal in the last minutes 🇪🇬

The Brazilian centre-back is 31 years old so still has a few seasons left in his legs.

Having played in La Liga since 2013, Sidnei is capable of playing in the top division of any country.

However, you’ll have to be quick to secure his signature, with clubs like Juventus and Real Madrid interested in signing him.

Another signing who should be a no brainer, Mateo Musacchio has just been released from Lazio and has also had spells for AC Milan.

The 30-year-old also has six caps for Argentina, underlining his talent.

However, with an aggression rating of 17, be careful to ensure he avoids unnecessary suspensions and set his instructions to stay on his feet.

Left-backs are always a struggle to find at a good price, and 35-year-old Senad Lulic may be the best free signing you’ll come across in that position.

Lulic spent ten years at Lazio before being released, making 16 appearances last season in Serie A. He can still cut it at the top level.

With a versatility rating of 18, he can be used as both a central midfielder and a left winger as well, making him a very useful signing.

The ex-Barcelona midfielder is still more than capable of playing his part at the top level. Rated 16 in both anticipation and off the ball, he would make a fantastic ball-winning or box-to-box midfielder.

At 32, he would be capable of playing for two more seasons before really dropping off, making him a solid signing to strengthen your midfield.

The first player on this list who is under 30, Fernando is a solid choice who can play both defensive and centre midfield.

The 29-year-old has impressive stats across the board, and with a rating of 17 at free-kick taking, expect him to chip in with a few goals too.

His main attribute is his age – at 29 he has a few years in him and will provide a longer-term solution to your midfield problems.

One for Tottenham fans, as Iago Falque made one appearance for the north London club in the 2012-13 season.

The Spaniard never made the cut at Spurs but has played in Serie A for the past eight seasons, so is capable of playing at the top level of the game.

He can be used as a winger, an inside forward or an advanced playmaker so will be well suited to most tactics.

A blast from the past, Sebastian Giovinco was once top of the best wonderkids lists.

However, his versatility means you can use him across your attacking midfield and as a striker, so if you need to bolster your attack, Giovinco will be a good choice for when you need cover.

That link-up play between @BafGomis and Sebastian Giovinco though 🤤

Another versatile option, 30-year-old Gaston Ramirez can be best used anywhere across your attacking midfield.

Once of Southampton, he still has plenty left to give, with a large number of stats rated over 15.

He can also be used in a number of roles, so you won’t struggle to fit him into your tactic. However, you may face competition to sign him; with Everton and West Ham both fighting over him in our save.

Finally, upfront we’ve got Facundo Ferreyra, who has been a bit of a journeyman across his career.

Strikers are unsurprisingly the most expensive players in Football Manager, but Ferreyra will be a solid choice for any team at the lower end of the top leagues.

He’ll also fit into most tactics, being most competent as an advanced forward or a complete forward.