An XI of the Brazilian players with the weirdest names: Pikachu, Gandhi… 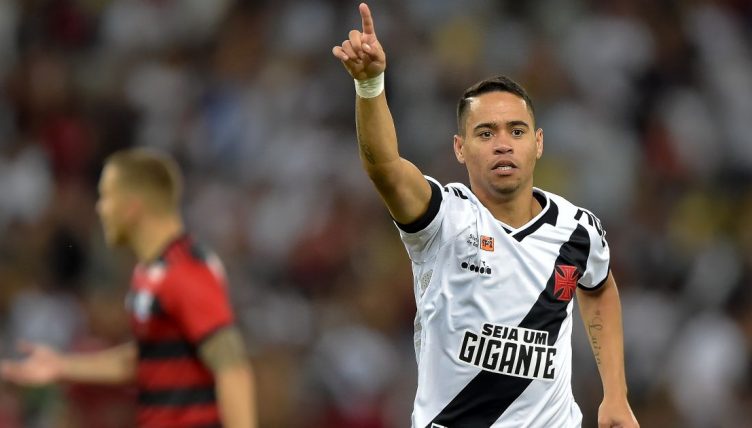 The Brazilian footballing lexicon is as rich and diverse as the country itself.

There are countless wonderful footballing idioms and evocative names for tricks and flicks with dozens of regional variations. And, of course, the linguistic creativity extends to the players’ names.

Some of these are nicknames bestowed on players later in life, some are written on birth certificates, but all of them are great; from rat-catchers and Pokemon characters to famous musicians and political heavyweights, this is our XI of the weirdest names in Brazilian football.

Not bizarre, exactly, but possibly the finest case of nominative determinism in the history of the game.

Rafael, brother of former Spurs centre-back Rodrigo, currently plays as a goalkeeper for Farense in the Portuguese top flight. His surname literally translates as the first person past tense of the verb ‘to save’.

So his name is essentially Rafael I Saved. And he’s a professional goalkeeper. Some things are just meant to be.

Bit of explaining to do with this one, so stick with us. In Brazilian Portuguese, the letter ‘R’, when placed at the beginning of a word, is pronounced like an ‘H’ in English. So the Atletico Mineiro centre-half’s name would sound like ‘Hever’ to you and I.

Well, you know that Creedence Clearwater Revival song ‘Have You Ever Seen The Rain’? Rever’s mum was a big fan. But, not speaking much English, she misheard the chorus – ‘I waannna knooo-ooo-oow, have you ever seen the rain?’ – as ‘I wanna know, hever ever seen the rain?’

But being a big fan, she pressed ahead despite the slight misunderstanding and named here son ‘Hever’, or phonetically in Brazilian Portuguese, Rever.

Not so much weird as unfortunate.

Rafael came through at Gremio around the same time as Ronaldinho, won a few trophies, got a Brazil cap and then moved to John Barnes’ Celtic for £5million in 2000.

Unfortunately, he lived up to his name for the Bhoys and was back off to Brazil after a solitary campaign.

Rafael Scheidt in rare action pic in one of the few games he played in the hoops, against Jeunesse Esch in the UEFA cup in 2000. One of the strangest and most frustrating transfers in Celtic's history. pic.twitter.com/v1wDHoCOyB

His real name is Wenderson de Freitas Soares, but the Botafogo-PB left-back is known only as Tsunami.

The nickname was picked up from his team-mates for his uncompromising approach to tackling – man, ball and everything else along with it.

Like Tsuanmi, this is a nickname rather than a given name.

Asked about it in 2018, Galybson Yago Souza Lisboa revealed that he’d been known as Pikachu since he was nine and gave some valuable insight into the Brazilian nickname giving process: “It’s that thing, innit? When you don’t like the nickname that’s when it catches on. It’s the worst.”

He’s a good little player, as it happens. Electric pace.

“Not to be confused with Mohandas K. Gandhi, the nonviolence practitioner.”

Now we’ve got that important distinction made, we can tell you that this particular Mahatma (Mahatma Gandhi Heberpio Mattos Pires, to give him his full title) started his career with Brazilian top-flight side Atletico Goianiense before spells with Trindade, Goiania and Ipora.

He’s a master of turning over possession but has never committed a foul in his career.

Yeah, we made both of those things up.

His mum liked reggae, but his dad was more of a rock ‘n’ roll man, so they came to a compromise.

I don’t really need to explain this inclusion, do I?

According to young Marx Lenin dos Santos Goncalves, the name has nothing to do with the communist philosopher or Russian revolutionary.

Apparently, his mum liked the sound of Marx as an alternative spelling to his dad’s name Marques and the Lenin was a purely aesthetic choice because she liked how it sounded together with Marx.

Pretty massive coincidence if you ask us, but there you go.

Marx Lenin is a left-footed attacking midfielder. He moved from Flamengo’s U20 side to Akron Togliatti in the Russian second tier in 2020, because, well, of course he did.

He’s recently been released and is currently without a club. Apparently, he’s only taking offers from sides that play in red.

Creedence’s parents didn’t go for the subtle tribute like Rever’s mum did. Just bang, straight in. Down the registry office, front of the queue, pen in hand and there you go: Creedence Clearwater Couto.

“People often think that it’s a nickname, but it’s not,” he once said. “It’s difficult to write, even harder for Brazilians to pronounce, so they sometimes revert to calling me Paulista because it’s easier.

“And most youngsters today have never heard of the group, so I often have to repeat my name several times. The only thing that I regret is that some people are more interested in me because of my name than because of my qualities as a footballer.”

Flavio Rat Catcher. It’s got quite a ring to it.

Flavio Caca-Rato, sometimes shortened to Caca-Rato or even, wonderfully, CR7, is a forward who bounced around a series of Brazilian clubs but is most closely associated with his hometown side Santa Cruz.

He was brought up in a tough part of the city of Recife and as a youngster liked to go after rodents with his slingshot.

When still a youth player for a local side, he was waiting around after training, watching the older boys play and killing a few rats to keep himself entertained. A team-mate christened him Caca-Rato and there was no turning back.

“In my first TV interview,” he told ESPN in 2016, “they said, ‘Caca-Rato’, and my mum said, ‘Caca-Rato? What an ugly name. My son’s name is Flavio Augusto do Nascimento. What’s this with Caca-Rato?’

“But now everywhere she goes, she says, ‘Ah, my son is Caca-Rato.’ That’s all she talks about!”

The angriest man in Brazilian football has the surname to match.

Fucks is currently on his 21st different club of 13-year managerial career, so we imagine he won’t mind taking over our XI once he inevitably gets sacked again in a couple of months.