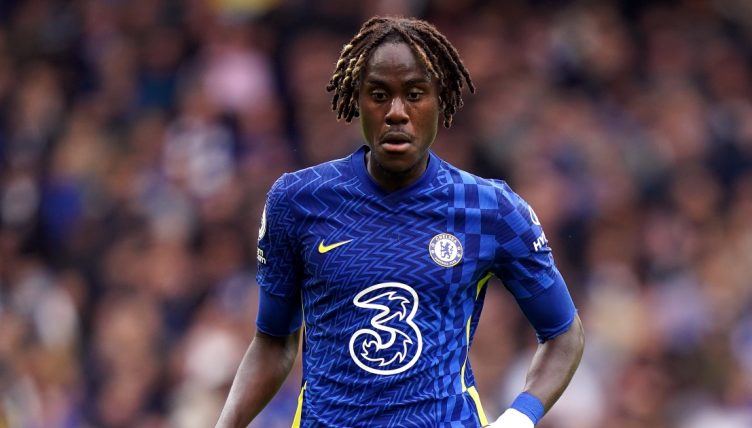 Barring disaster against San Marino, England have qualified for the 2022 World Cup – and speculation about who should be included in the squad starts now.

In truth, it would be a surprise if the squad that Gareth Southgate ends up selecting differs greatly from the group that so nearly won Euro 2020.

But a year is a long time in the footballing world and, while the reputation of some players may drop, others may enjoy a burst of form that fires them into contention.

We’ve identified 11 players who are currently uncapped and could feature in next year’s tournament.

We’re cheating slightly here but, for now, Ramsdale remains uncapped. He almost certainly won’t be this time next year.

Many people raised their eyebrows when Arsenal paid Sheffield United £30million for a ‘back-up goalkeeper’ but he has silenced his critics by helping Mikel Arteta’s side recover from their dreadful start to the season.

If the 23-year-old can keep up his stunning form for Arsenal, Jordan Pickford’s days as England No.1 may well be numbered. 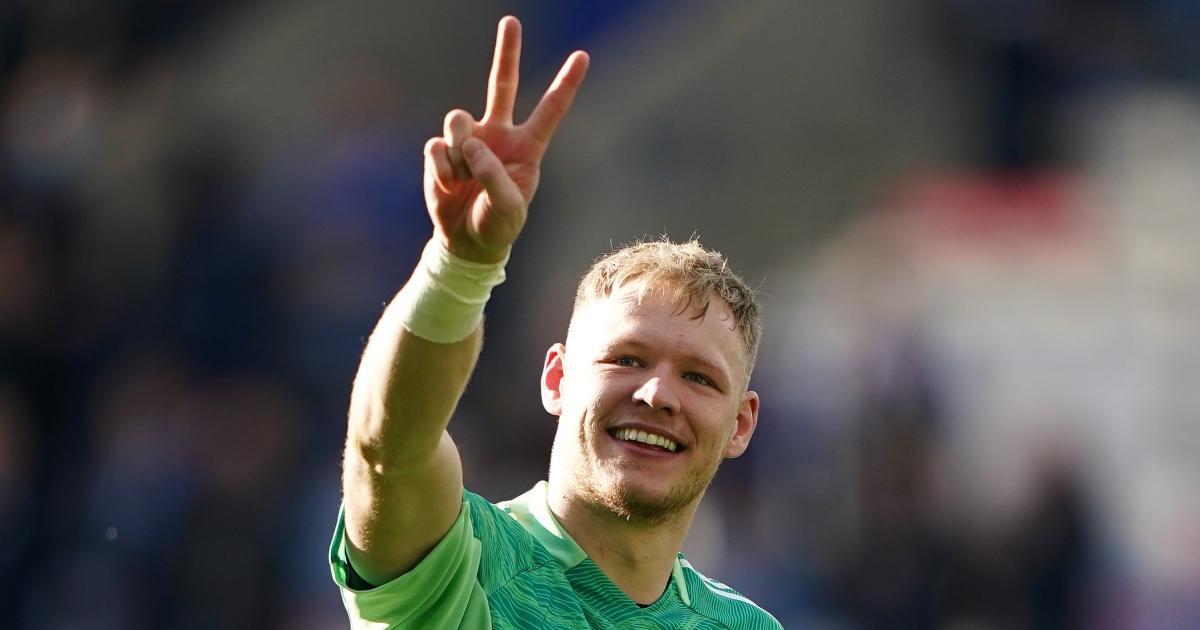 It’s impossible to dislike Lampety; the boyish enthusiasm for the game, his rapid runs from full-back, the fact he could fit inside your pocket.

Even in a ridiculously crowded field of right-backs, it only feels like a matter of time before the Brighton defender gets his chance.

Aston Villa captain Tyrone Mings is a regular feature in the England squad and started the Euro 2020 matches against Croatia and Scotland – yet, to some, he isn’t even the best English defender at Villa Park.

Konsa is still ignored by Southgate, despite his fine form through the opening months of the campaign and back into last season. And that’s in spite of Villa’s alarming decline this year.

The centre-back remains eligible for Portugal and, if he continues to be overlooked, don’t be surprised if he takes up that option instead.

Another graduate from La Cobham, Chalobah has seized his chance in the Chelsea first team this season.

He is currently Whoscored’s highest-rating centre-back in Europe’s top five leagues and a call-up to the England senior squad feels inevitable at some point.

The defence has been England’s strong point under Southgate, but if Harry Maguire continues to struggle and John Stones doesn’t get enough game-time, he could be forced to look for alternatives.

Chalobah should be near the top of that list.

England may have a plethora of right-backs but options are rather more limited on the opposite flank.

Luke Shaw and Ben Chilwell look to have the two slots tied up but, if an injury were to befall either player, Southgate could do worse than keep tabs on Sessegnon.

The 21-year-old’s form during Fulham’s promotion season in 2017-18 was so eye-catching that he was apparently considered for England’s squad in the 2018 World Cup.

But his development has stalled over recent years as a move to Tottenham hasn’t quite worked out. Sessegnon’s only appearances this season have been in the UEFA Conference League.

His star may have dimmed over recent seasons but the 21-year-old still has plenty of time to reignite his career – perhaps the carrot of a World Cup squad could do the trick.

He may need to play more at Liverpool first but Jones doesn’t feel too far away from his first England cap – especially as alternatives to Declan Rice are thin on the ground.

“He is very capable of being an all-round midfielder,” Under-21s coach Lee Carsley said of Jones last month which, considering Southgate’s willingness to use the cream of England’s youth teams, stands the Liverpool midfielder in good stead.

Elliott was showcasing immense potential in Liverpool’s midfield before suffering a cruel season-ending injury against Leeds in September.

Before then, the 18-year-old had slotted into Jurgen Klopp’s team with ease and was set to feature heavily this season.

And any English footballer shining in an elite side like Liverpool would have grabbed the attention of Southgate. If Elliott can recover and approach something like his best form before next November, then the England manager may be tempted to use the youngster as a wildcard option in midfield.

One of the sensations of the Premier League season so far, Gallagher’s future looks exceptionally bright.

Gallagher has been impressed in Patrick Vieira’s new-look Crystal Palace side as the most advanced of the central trio in their 4-3-3 formation.

And, after a spate of withdrawals, Southgate has called the 21-year-old into the England squad to face San Marino in their final World Cup qualifier.

He’s likely to return to Chelsea next season where, if he can establish himself in their midfield, it’d be a surprise if he didn’t make the squad for Qatar.

His nine goals and eight assists earned him a call-up to the England Under-21 squad and the winger’s power and versatility has reportedly caught the eye of Manchester United and Tottenham.

“Hard work, for him, is not a problem,” said Dutch journalist Rik Elfrink. “He’s a really dedicated guy. PSV is a good surrounding for him. If he later goes to a big club in England, he will be glad that he started his development here.” 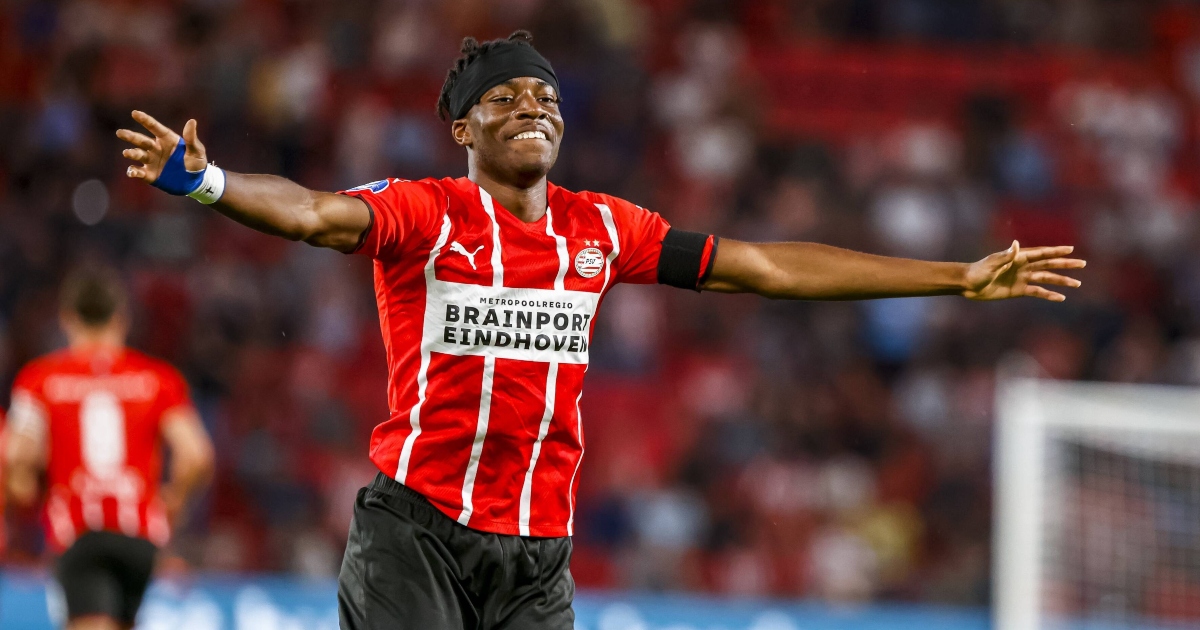 READ: All you need to know about Man Utd and Tottenham target Noni Madueke

Toney, with two goals and two assists for Brentford in the Premier League this season, is said to be considering his international allegiance, with Jamaica an option due to his mother’s heritage.

While Harry Kane stands alone, the competition to be his back-up feels fairly open with the likes of Dominic Calvert-Lewin, Patrick Bamford and Tammy Abraham not quite nailing down a certain squad place.

If Toney can continue to impress in the top flight, and resists the allure of Jamaica, then Southgate would be foolish not to give him an opportunity.

Eze would have been included in the provisional squad for Euro 2020 until an Achilles injury ended his chances in May. Life can be a bitch sometimes.

Yet, when he returns to action for Crystal Palace, the forward remains the kind of exciting talent that will surely earn his chance at international level sooner or later.