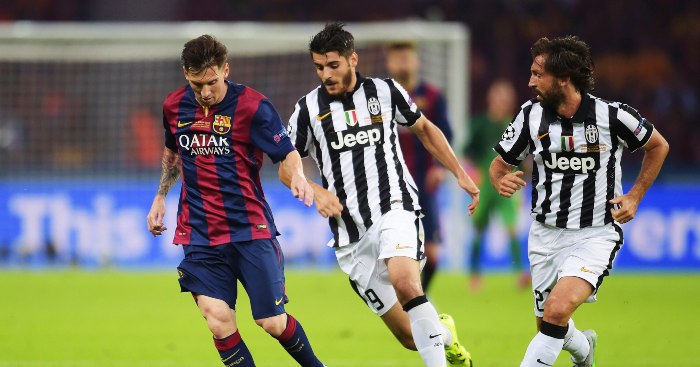 “I’m happy to be back. I’ve come back to Turin as a person that’s grown in all senses,” Alvaro Morata told Juventus TV this week.

After signing on loan from Atletico Madrid with an option to extend or buy, Morata will be expected to build on the 16 goals he managed in all competitions last season in a side that favours more attacking football.

“I have always felt attached to being here and I am happy,” Morata said on his move to Turin. “I cannot wait to be with my team-mates.”

Of course, Morata has already enjoyed a stint at Juventus once before, a brief yet fruitful period which saw the Bianconeri win two Serie A titles between from 2014 and 2016. It was here that Morata impressed enough for Florentino Perez to summon him back to the Bernabeu, most notably scoring twice in Juve’s Champions League semi-final victory over Real Madrid.

One interesting detail that some may have forgotten, though, is that Morata will not only be re-uniting with the likes of Paulo Dybala and Giorgio Chiellini, but also new boss Andrea Pirlo.

Pirlo and Morata shared the pitch during the 2014-15 season, which happened to be Il Maestro’s last as a player. Whether Morata will be used as a hard-working alternative to Cristiano Ronaldo, or as an accommodating target man, Pirlo will already know how to play to his strengths and facilitate for his deficiencies.

Yet, with more former players taking up prominent coaching roles at big clubs at an exceedingly younger age, this former team-mates turned player-coach dynamic is becoming more and more common in the game.

We’ve taken a closer look at three other recent examples where this intriguing scenario has occurred.

Mikel Arteta was effectively promoted from head coach to manager of Arsenal after the departure of head of football Raul Sanllehi this summer. The exciting former understudy to Pep Guardiola has already galvanised the club which less than a year ago looked to be plunging to mid-table mediocrity.

On his journey to winning an FA Cup and a Community Shield trophy over the past year, Arteta has been accompanied by fellow Spaniard and former team-mate Hector Bellerin.

Before becoming his first-choice right-back, Bellerin first came to know Arteta as the captain and dressing room leader at the club. In the two seasons that they shared from 2014 to 2016, Bellerin was a spritely teenager announcing his arrival on the European stage, while Arteta’s own career was winding down.

Still, the two shared the 2014-15 FA Cup win before replicating it again last season as player and coach. Arteta now appears to be getting the best out of Bellerin after a grim ACL injury, although speculation persists about his future at the club.

When the best centre-back of the recent era and one of the greatest midfielders ever join forces, trophies are a given. That is exactly how it has played out at Real Madrid ever since former Galactico Zinedine Zidane took over as manager in 2016.

After winning a record three Champions Leagues in a row and two additional La Liga titles, Zidane has become one of the most highly-respected managers in football. His captain, Sergio Ramos, has been the figure at the heart of this success, transforming into a defensive monster, match-winner and an overall world-class shithouse.

During the 2005-2006 season, when the two graced the same football pitch on a regular basis for Madrid, no-one could have predicted that one would go on to break records as manager and the other would become arguably the club’s most iconic captain of all time.

Ever since Ramos tallied six goals in his first season at Los Blancos as a right-back, he has continued to reinvent himself, first as a central defender, then one of the most clutch players in football. In the process, he has now scored almost 100 goals for Real Madrid – impressive for any player but mind-boggling for a ‘defender’.

Both enjoy a good relationship and are often complimentary of one another despite their own standings. Zidane stated earlier in the year: “He (Ramos) is the best defender in the world […] Knowing him because I played with him quite a few times, I know what he transmits to the rest of the team and the club as a whole.”

We hear you, Zizou. 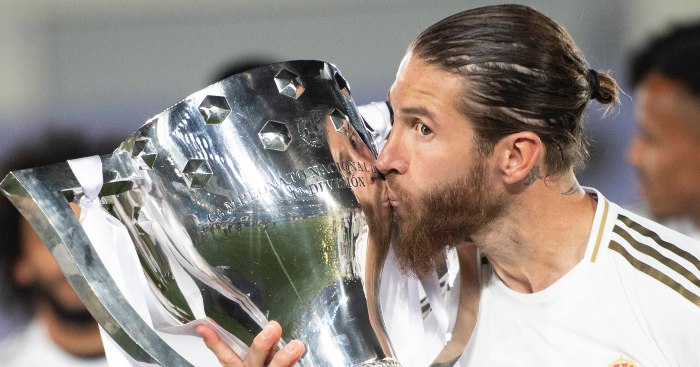 READ: With the title on the line, Sergio Ramos still finds time to be a sh*thouse

When Frank Lampard left Chelsea as the Premier League’s highest goal-scoring midfielder of all time, he had already won it all. It was during his final two years at the club, though, that he played alongside Cesar Azplicueta, winning a Europa League title together.

Azplicueta has gone on to captain Chelsea and win a few titles himself, cementing himself as Mr. Reliable at the back for a number of years. However, despite missing only two Premier League matches in Lampard’s first season in charge, Azplicueta has not started in Chelsea’s opening three league fixtures in 2020-21.

With the arrival of Thiago Silva from PSG and Lampard opting to rebuild with a younger starting XI that features Reece James, expect Azplicueta’s involvement in the side to decrease this season.

Though it is unclear what kind of role Azplicueta will in fact play going forward, his experience will be crucial to Lampard’s talented but fledgling squad – as he showed when taking the armband at half-time as Chelsea came back from 3-0 down to draw 3-3 with West Brom. 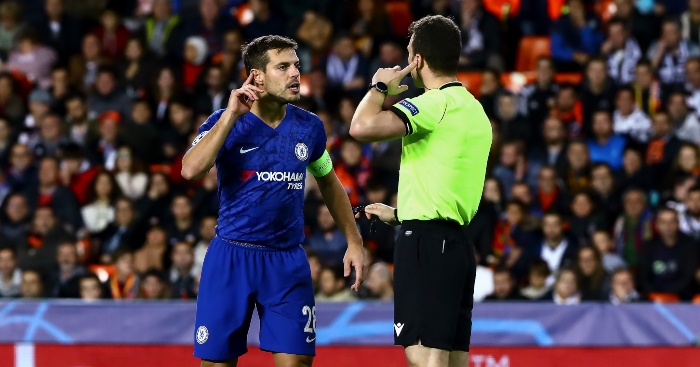 READ: Azpilicueta has gone from underrated player to underrated sh*thouse

12 footballers who got to work with their sons: Cruyff, Rivaldo, Maldini…