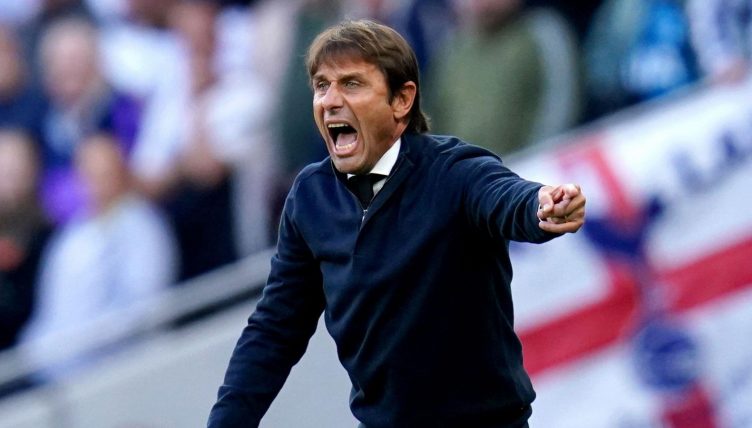 The Premier League returns this weekend and Tottenham will be looking to maintain both their strong start to the 2022-23 Premier League season and their excellent record since Antonio Conte took over as manager.

In their last game before the international break, Spurs beat Leicester 6-2 and they’ll be hoping to pick up where they left off as they travel the short distance across north London to face Arsenal on Saturday lunctime.

A win against Arsenal would see them leapfrog their rivals and take top spot in the Premier League table – at least until Manchester City play Manchester United on Sunday.

It would be another significant achievement for Conte, who has had a big impact in N17.

Having rejected the Spurs job in the summer of 2021, Conte eventually arrived in November after the sacking of Nuno Espirito Santo.

Spurs were ninth in the league at the time, but Conte turned things around, leading Tottenham to a fourth-place finish and Champions League qualification.

The Italian then managed to convince Daniel Levy to back him with significant funds in the transfer window, stirring hopes that they can perform even better this season.

Rodrigo Bentancur and Dujan Kulusevski arrived during the January window and were crucial in securing a place at European football’s top table.

Of those, only Richarlison and Perisic started against Leicester, but they could all have big roles to play as the season wears on and will add all-important depth to the squad.

Former Spurs ‘keeper Brad Friedel has even predicted that Tottenham could win the Premier League this season. In an interview with Boyle Sports, Friedel said: “Under Antonio Conte, you’d be foolish to rule out Tottenham for the title.

“He’s been at the club a while now and spent some quality time with his players so they could be a dark horse. He doesn’t settle for second best…

“Arsenal and Manchester United have both improved. However, you can’t take Tottenham out of the question when you have a winner like Conte.

“When a club has a manager like Antonio Conte and players that are used to winning they can do special things in a season.

“Tottenham definitely have an outside chance of winning the Premier League, for sure.”

We’ve taken a look at how the Premier League table would look if it began when Conte was appointed by Tottenham. Note: all teams have played 35 league games unless specified and only those who have been in the league in both the 2021-22 and 2022-23 campaigns are included.

TRY A QUIZ: Can you name every manager to take charge of Tottenham in the Prem?