Conte next? Five other managers who quit their jobs in a huff 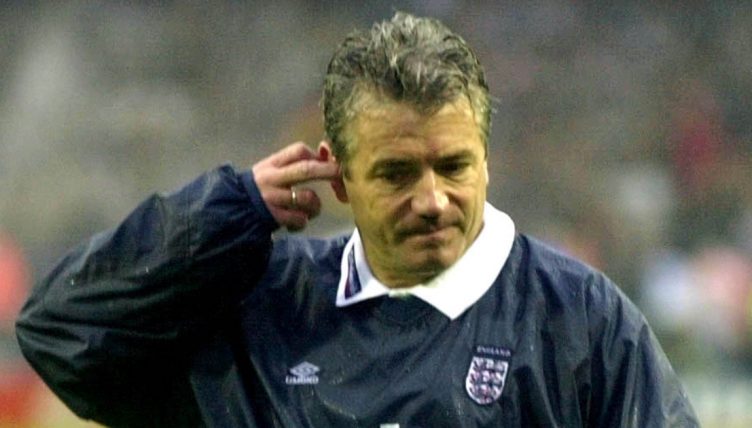 It was an extraordinary outburst from a brilliant, if emotional, manager.

While many observers are used to the Tottenham way, Conte reacted with the barely concealed frustration of a bank manager returning to his car to find baboons ribbing off the wing mirror.

In an explosive post-match press conference, the Italian suggested he may not be the right man for the job and said he would have to talk to chairman Daniel Levy about the “unacceptable” situation following a fourth defeat in five Premier League games.

Conte warned that Spurs’ current form which he warned could drag them into a relegation battle – which sounds more than a tad unlikely. But he wouldn’t be the first manager to resign in dramatic and emotional circumstances.

We’ve identified another five bosses who let their heart rule their head and leave their posts in a huff.

The most infamous resignation of them all – and the most apt for an emotionally-driven man.

Keegan had captured the nation’s imagination as Newcastle manager but, despite the fantastic attacking football they played, his time in the North East is now primarily remembered for how much he’d love to have beaten Manchester United. And he’d have loved it.

But Keegan’s time with England was a disappointment. Under his management, the side scraped into Euro 2000 before suffering a first-round exit in Belgium and the Netherlands – stinking out one of the greatest international tournaments of all with their pre-historic football.

The Liverpool legend clung onto his job but defeat against Germany in the final match at the old Wembley – with David Seaman caught out by Didi Hamman’s free-kick was too much to bear.

Despite pleas from FA chairman David Davies, Keegan tendered his resignation in a Wembley toilet cubicle.

Davies recounted the moment in his diary, FA Confidential: “Dragging Kevin into a cubicle, I shut the door behind us. We stood there, facing each other.

Full marks for honesty, we suppose.

Italy should have been nowhere near the final of Euro 2000.

After underwhelming at France ’98, Zoff took over from Cesare Maldini and almost cocked up the qualifiers – Italy only finished a point above Denmark and Switzerland to reach the finals.

But they rose to the occasion as the tournament commenced. World champions France and co-hosts Netherlands were expected to contest the final but Italy flew under the radar and shocked the Dutch in the semi-finals.

And they were a minute away from beating the French too. Leading 1-0 with seconds remaining, Italy concealed a dramatic late equaliser to Sylvain Wiltord. Their concession of a golden goal to David Trezeguet capped their heartbreak.

Even so, the Italian public were proud of their team’s performance – but Silvio Berlusconi was not.

The Milan owner was “indignant” that Zoff had not assigned a man to mark Zinedine Zidane, saying the result of the final would have been different if he had.

Zoff resigned days after the final, citing Berlusconi as one of the reasons he chose to leave his post.

“I don’t take lessons in dignity from Mr Berlusconi,” Zoff said. “I don’t understand why someone has to undermine the work of someone else. I will reply to Berlusconi personally.”

“I was offended as a man. Mr Berlusconi does not have to tell me what to do.”

You tell him, Dino.

Where to start with Bielsa…

Rumours say that he once confronted fans back in Argentina, that surrounded his house following a run of poor form, with a live hand grenade.

As the crowd dispersed, Bielsa then even ran after them just in case they didn’t get the message.

On top of that, he apparently attempted to throttle a groundsman while at Athletic Bilbao. The cuddly figure beloved by Leeds United fans hasn’t always been so.

Yet, even by Bielsa’s standards, leaving Lazio after two days in charge was something else.

After leaving the post in 2016, the Argentinan claimed the Serie A club had yet to sign the players he wanted by the deadline he set – despite there still being eight weeks until the transfer deadline.

“It was agreed as essential to the implementation of the work program that we would sign at least four footballers before July 5,” Bielsa’s statement read. “With the objective that they would be able to participate in pre-season.”

“For my style of work we needed to have these players arrive in a timely manner to train.”

The Super League existed for the same amount of time that Marcelo Bielsa was Lazio manager.

Capello fell on this sword as England manager in 2012 over the FA’s treatment of his captain John Terry.

Terry, who was facing trial for the alleged racial abuse of Anton Ferdinand, was stripped of the England armband but Capello disagreed with the FA’s decision.

“I thought it was right that Terry should keep the captain’s armband,” Capello told RAI.

“I have spoken to the [FA] chairman and I have said that in my opinion one cannot be punished until it is official and the court – a non-sport court, a civil court – had made a decision to decide if John Terry has done what he is accused of.”

And he resigned two days later, with the FA thoroughly displeased with Capello’s decision to air his grievances on Italian TV.

Still, considering England’s performances at the 2010 World Cup, nobody shed many tears for Capello.

Curbishley may not set the paces running like Bielsa but he was another manager to take a principled stance over transfers and leave his job.

The sale of Anton Ferdinand to Sunderland in August 2008 angered the West Ham boss but he was reportedly placated by assurances that there would be no further departures.

“The selection of players is critical to the job of the manager and I had an agreement with the club that I alone would determine the composition of the squad,” Curbishley said.

“However, the club continued to make significant player decisions without involving me. In the end such a breach of trust and confidence meant that I had no option but to leave. Nevertheless, I wish the club and the players every success in the future.”

30 hilarious Kevin Keegan quotes: ‘There’ll be no siestas in Madrid’