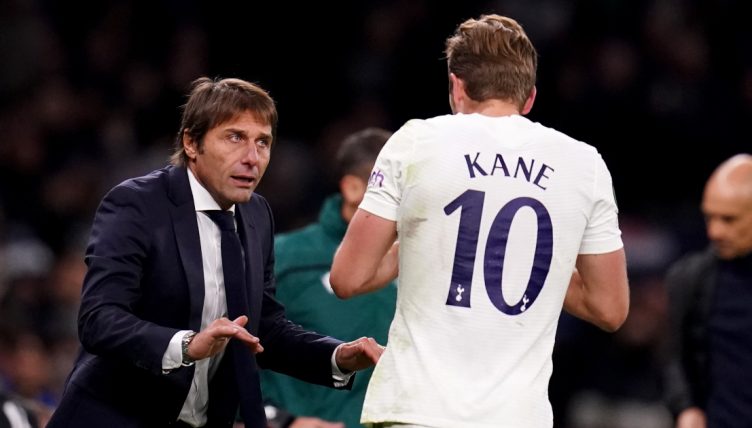 Since replacing Nuno Espirito Santo in the Tottenham dugout in November, Antonio Conte has transformed their fortunes.

Conte has helped Tottenham move back into the Champions League places and has also made a big impression on the players in the dressing room.

We’ve taken a look at what some of the Tottenham players have said about their manager.

– “February was a little more difficult but we, inside the team, we feel a progression, a real understanding of the structure he wants to give, and I think that something is happening,” he told L’Equipe.

“He brought his passion, which can be extreme, his system, his style of play, and in four months, which is really not much, we feel an evolution. We hope it will lead to a good end to the season.

“With him, we have a common goal: to surpass ourselves, to relive great moments in the Champions League. He lives football 200%, and there are plenty of things to learn from him, and to keep.”

– “It’s been two and a half years that we know ups and downs, irregularity in terms of results,” Lloris told Europe 1. “But since the arrival of Conte, we feel a real progression.

“We have the feeling that we are crossing a plateau. I think we will be ready to go for the European places.”

“Conte arrived with a really competitive mentality,” Emerson told Sky Sports in November. “That’s not a criticism of the previous manager. He’s teaching us all to give everything.

“From day one he was very clear with us. In his opinion, Tottenham Hotspur can win trophies and can beat anyone. There is nothing that can stop us from doing that and that is a mentality we have to get into our head.”

– “The manager wants us to play a certain way as a wing-back and it just takes a bit of time to understand what he wants,” Doherty said.

“I guess it helps when the team is playing as well as you do and you get in a couple of times at the back post, the confidence just builds. Every wing-back and every player is just playing at the top of their game right now.

“What he wants us to do, when we do it it comes off and we create big chances from it – a lot of it is down to the manager.

“He is drilling us on the training pitch, he wants us to play a certain type of football and you can see that we are doing that and it is really exciting football and we look a real threat going forward.”

“So many things that he’s made all of us have little improvements on already and he’s not had a full season yet. He’s not even had a pre-season. So you can imagine with a full pre-season what kind of shape and what kind of state of mind we might be in. That is exciting.

“After games, playing and training, l built a concept in my head of what I need to do in that role but, as always, this is a process,” Reguillon said when asked about playing at left-wing back.

Sergio Reguilón's reaction after scoring for Tottenham following his pre-match interview calling it "worst week of my life" pic.twitter.com/9Mc8Ah06kf

“Antonio is a special coach, with a special way of doing things, with a very high level of performing. There is always a time of adaptation, a time of understanding the sports side and also the personal side, and everything is coming together well,” he said in a club interview.

– “It’s special, Dier told The Daily Mail in December. “When he talks to you, you can tell straight away his passion for football and intensity.

“The way he feels, you can’t help but feed off it, it’s energising. Every time he speaks, there’s such intent in it.

He really gets to you and that’s motivating. I have a sense of lot of similarities between that time [under Pochettino] and what I’m feeling now, in terms of the work ethic, intensity, the discipline.

“It’s a lot more enjoyable to go into training every day working in that environment, where you really are working hard and pushing yourself with a manager that demands a lot of you.”

– “I think it is what the club needed, what the squad needed,” Dier told Sky Sports when asked about Conte’s management. “Comfort is the enemy, he [Conte] has created an uncomfortable environment, and he is doing that more and more. It keeps you on your toes, everyone within the club, it keeps them on their toes. It pushes you.”

”The manager’s come in and given me a chance, given me confidence again,” Winks told Standard Sport in February. “Every game I play, every training session I have that hunger to try to impress him and do everything I can to try to improve.

– “Antonio has definitely given me more strings to my bow. I’m always someone who (wants) to improve. When I’m 35, 36 I’ll still be trying to improve. That’s just my mindset,” Kane said after a 5-0 win over Everton.

“The manager is a fantastic coach. I really enjoy working with him, so it’s down to us players to take that responsibility. A lot of us want to be playing in the Champions League. We haven’t played in it now for a couple of years but it’s where we think the club should be.”

– “Obviously I still feel like we’re in a process,” Kane told Sky Sports in March. “We went two or three years challenging for trophies then we dropped off over the last couple of years. With Antonio, he’s building a culture that he wants to be and wants to put us back in that place.

“The Premier League, it’s such fine lines between challenging or being top four or being sixth, seventh or eighth. Every team is getting better and there are no easy games.

“Of course, the manager is working as hard as he can and the players are working. It’s not a quick fix that happens overnight, it takes time and understanding.

“Of course, he’s mentioned he needs to talk to the club and chairman and to see what direction we need to go as a club. From my point of view, the players’ point of view, we can’t speak highly enough of him.”

💪"I’d love Harry to stay here, it would be very important to have a good end to the season".

🔥"He is a player every manager wants in his own team. There is a great connection with Harry. He’s a top player".#THFC | #COYSpic.twitter.com/y0X2Dt5FxL

“We have a lot of belief under the coach,” Sessegnon said in December. “He gives us the energy and intensity from the way he is and that runs throughout the whole team.

– “At the moment we are building,” Sanchez said in December. “In this period we didn’t play Burnley, Rennes, Brighton and Leicester, we’ve worked in training on the way we are pressing, our movements at the back, the strikers’ and midfielders’ positions.

“He is going deeper into what he wants, and the results are doing his talking. He has shown in the past what he can do, he is a world-class manager, and for us it is a start.”

– “He’s demanding a lot, whether it be from training sessions to meetings, eating and sleeping,” Sanchez told Sky Sports in January.

“It’s linking with the performance work and then that allows you to be able to help the team to make more effort on the pitch. The performances are coming more easily and you feel healthy in the way that you are playing and training as well.

“I’m not saying we didn’t do it before, but he’s come in with his character and become more strict with the rules.

“His name speaks for itself. He’s a worker and he just loves to be out on the pitch seeing people making the most from every training session, and then on the pitch we try to produce what we are doing on the training ground.

“As a team, we have been working in a better way and with the philosophy that the new manager has.

“We’ve been working in a way that makes us feel more comfortable on the pitch and in the end it’s happening more naturally, so we’re happy with that.” 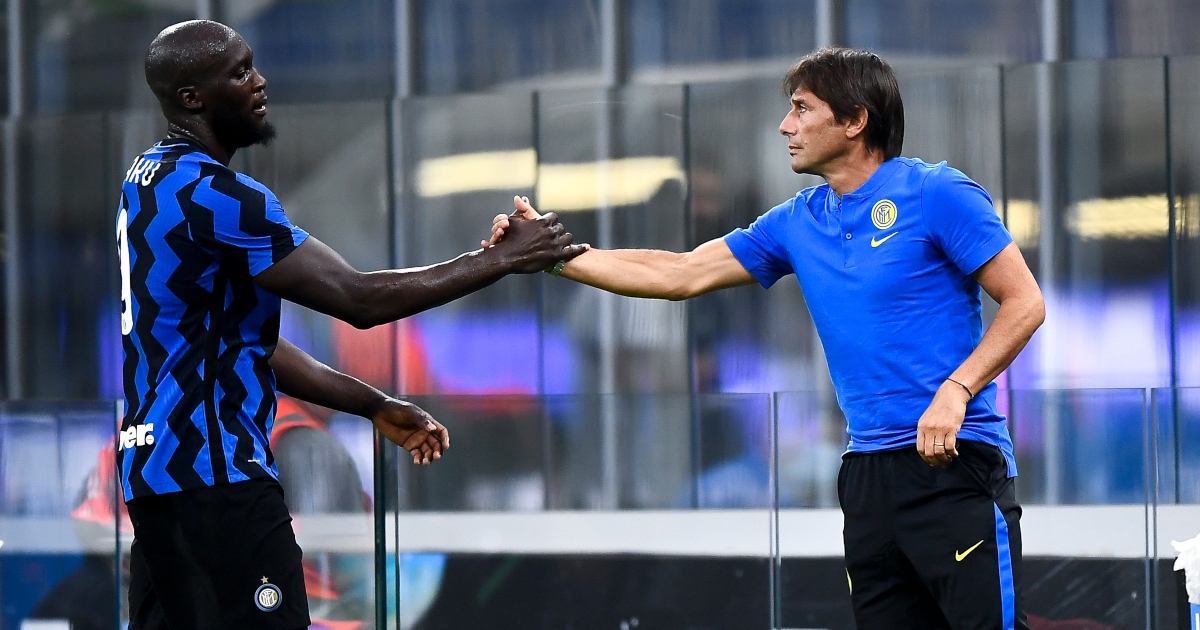 READ: Seven players Antonio Conte got the best out of: Pogba, Lukaku, Moses…

“The fact that Antonio Conte was here was a massive factor in helping me make up my decision to join Tottenham, and big motivation,” he told Sky Sports. “I feel that he can dramatically improve me as a player and I’m looking forward to learning from him big time.”

– “We are so pleased he [Conte] is giving us so much positive vibes and energy and a winning mentality,” Son said after a defeat to Southampton. “If we lose, players should take responsibility.

– “We have a fantastic manager,” Son told BT Sport after a 4-0 win over Leeds. “He brings passion, he brings so much positive energy. We are all happy to work with him. I think it’s so, so important we keep this.

“That’s why he’s special. He’s so passionate. He wants to win, he wants clean sheets, he wants us to be better.”

“It’s been good under Antonio,” the defender said in January. “He’s been very clear with what he wants and what he demands.

“Other players have said it, he’ll give you a chance if you show him in training what you can do and if he can count on you. He has given me opportunities to play so far which I’m grateful for so I’m going to keep working hard in training and seize the opportunities that may come my way.”

– “It’s especially the coach and the staff who are helping me a lot, letting me make mistakes and be me, letting me play without pressure,” Kulusevski said when asked about his good form.

“When you are good in your mind, you usually play good football. The coach has helped me a lot because I really find my space right now.”

– “At Tottenham, there’s a breath of fresh air, I have a better rapport with the coach, I was trained better and my physique has improved,” he said.

“He has a very clear philosophy. The way he likes to play has helped me a lot,” the Brazil international said in February.

“‘He gives me confidence to be free and do what I love to do. I am a player who likes to have the ball, create something and accelerate the game.

– “To have the opportunity to work under a world-class manager is always nice as a player,” Davies said in February.

“Sometimes you learn more in the tough times. We have to really take in what he says. We know he has the skill-set and the mental ability to make us better players. All we can do is learn from that.”

– “It’s been really good [under Conte],” he recently told Sky Sports. “We’ve worked incredibly hard, we’ve put a lot of work in on all aspects of our game – physically, tactically – and I think it’s starting to pay off for us now.

“We have a clear way of playing and we’re making it difficult for the opposition. It’s been hard work but the rewards seem to be showing on the pitch.

“As a player, when you’re on the training pitch, you do what the manager says. The way we’ve prepped for games have been different as a team, but on a personal level, not too much.”