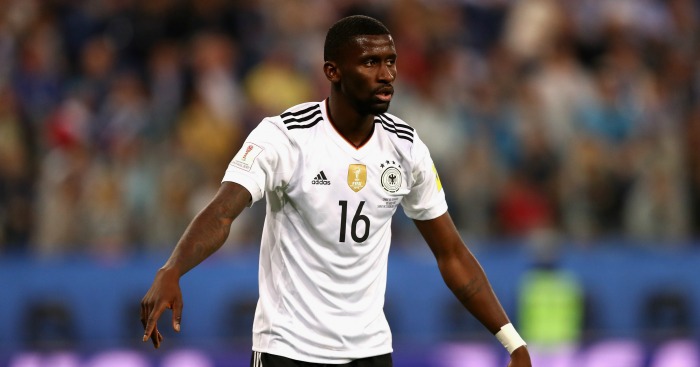 Chelsea appear set to complete their first major signing of the summer, with Antonio Rudiger apparently in London to complete a move from Roma.

Rudiger has been linked with both Manchester clubs in the last 12 months, but Chelsea appear to have won the race, with the defender set to move to Stamford Bridge in a £34million deal.

For any Blues fans unfamiliar with Rudiger, we’re here to answer the important question: just how good is he on Football Manager?

Well, according to FM17, his strongest technical attributes are his tackling and heading – a proper defender’s defender – while his bravery, aggression and determination are also notable, ideal now John Terry has left the club.

To complete the package, Rudiger appears physically up to the task of the Premier League, with high ratings for pace, balance and strength.

The one main worry could be his concentration, which is rated a mediocre 10 by Football Manager, and could see him caught out at the back. 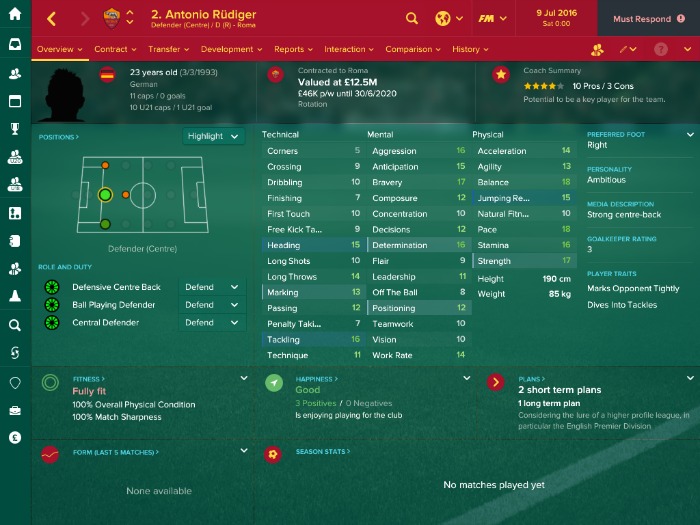 Rudiger will arrive at Chelsea off the back of winning the Confederations Cup with Germany, from whom he was won 17 caps since 2014, although he missed Euro 2016 through injury.

He initially broke through at Stuttgart before catching the eye at Roma, where he made 72 appearances over two seasons, scoring twice.

Another plus for Chelsea is that Rudiger already has experience of playing in the Champions League, having helped Roma to the knockout stages in 2015-16.

Germany boss Joachim Low is a big fan of the defender, heaping praise on him last year following his move to Roma.

“He’s come on a lot and gained plenty of experience in these four to five months with Roma,” Low told Roma TV. “He’s a different player now. He can continue to gain a lot from the guidance of Luciano Spalletti, who is showing him the way.

“Rudiger has great margin for improvement and huge potential.”