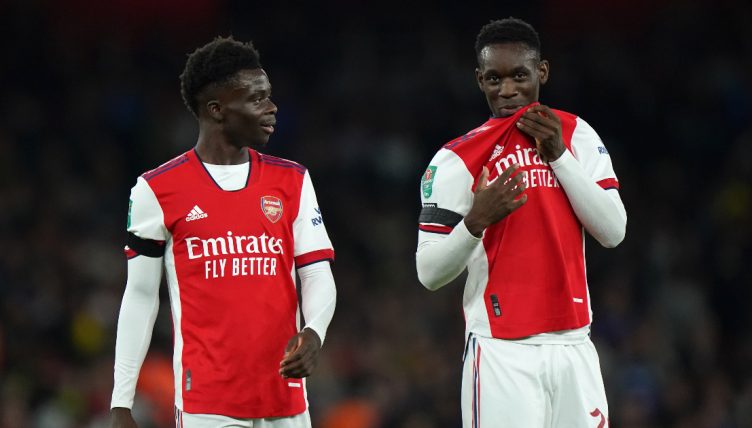 Arsenal remain in the fight for their first top-four finish in six years under Mikel Arteta, and the future looks bright, with a fine crop of young players coming through. Ten of those youngsters have been picked out by FMScout as wonderkids on Football Manager 2022.

A mixture of academy graduates being integrated into the first team, and smart young transfers such as Ben White and Martin Odegaard has seen Arsenal improve their performances and results after finishing eighth in the previous campaign.

Although previous wonderkids such as Ainsley Maitland-Niles and Eddie Nketiah seemingly have no future at the club, the future has never looked brighter with some top talent coming through.

We’ve identified the 10 Football Manager wonderkids currently on the books at Arsenal according to FMScout and looked at how they’re getting on this season in real life.

The 20-year-old, who signed for Arsenal in 2019 but is yet to kick a ball in red and white, is thriving on loan at Marseille.

There has been a lot of speculation over his future but it is expected that the centre-back will return to Arsenal in the summer when his loan ends.

Plenty of excitement over this one… 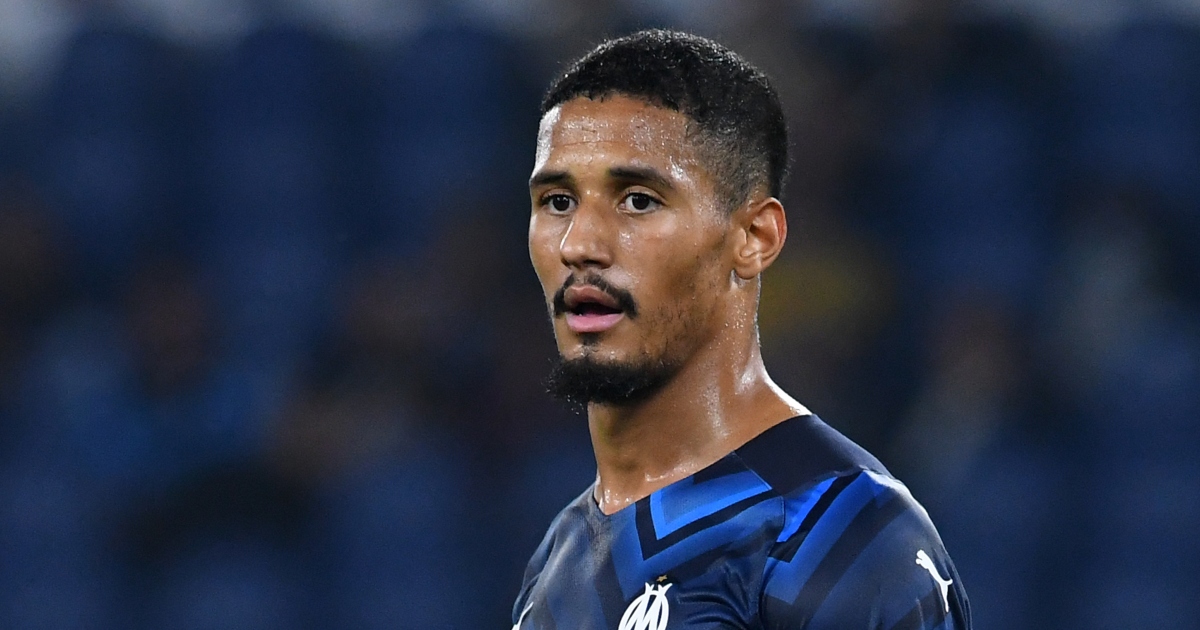 A 20-year-old centre-back, Omar Rekik is already a full Tunisian international and joined his country in Cameroon for the 2022 AFCON tournament.

Rekik was signed from Hertha Berlin in 2020, and whilst he is yet to make a senior appearance for Arsenal, he has made 14 appearances for the Under-23 side this season and will likely depart on a loan spell for more game time in the summer.

One of the highest-rated prospects the Arsenal Academy has ever seen, the 18-year-old midfielder made his Arsenal debut in the League Cup quarter-final against Sunderland and scored within minutes of his arrival off the bench.

Patino then made his first start in an FA Cup loss to Nottingham Forest during an injury crisis and will have an even bigger role to play next season.

A technical centre-midfielder who has been compared to Jack Wilshere, Patino seemingly has the potential to become a starter for Arsenal for years to come.

“Of all the years I’ve been scouting, he’s the best kid I’ve ever seen,” Arsenal scout Brian Stapleton told Goal in 2021.

“Sean O’Connor discovered Jack Wilshere and he said to me that Charlie is the best player who has ever walked through the doors at Hale End.”

A big future lies ahead.

A rapid rise saw Emile Smith Rowe rise from the academy to one of Arsenal’s most important players.

With 10 goals this season, the 21-year-old is Arsenal’s top scorer and is quickly becoming one of the best young players in the Premier League.

His finishing, in particular, has gone up a level.

Still in awe with this goal. This was absolutely filthy from Smith Rowe 🤤👏. pic.twitter.com/qWzpj6F5UI

The 20-year-old is already an established player for England, and one of Arsenal’s most important players.

One of the best players to ever come through the academy, Saka already has 21 goals and 27 assists to his name since breaking through in 2020.

Saka is becoming a leader of the current young crop of talent, and is well on his way to becoming an Arsenal hero.

He’s getting better and better each game. 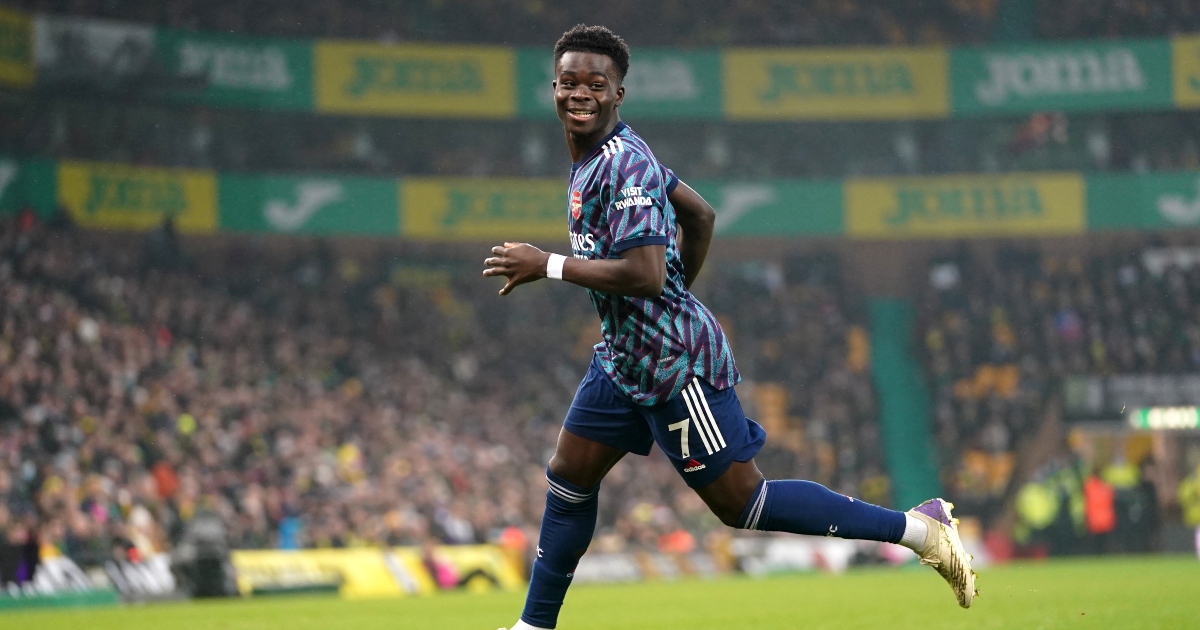 A technical winger capable of scoring magnificent goals, Hutchinson is the next big talent coming out of Hale End and is aiming to follow in the footsteps of Saka before him.

Hutchinson has already made the matchday squad on a number of occasions but will be aiming to make his first-team debut within the next season. 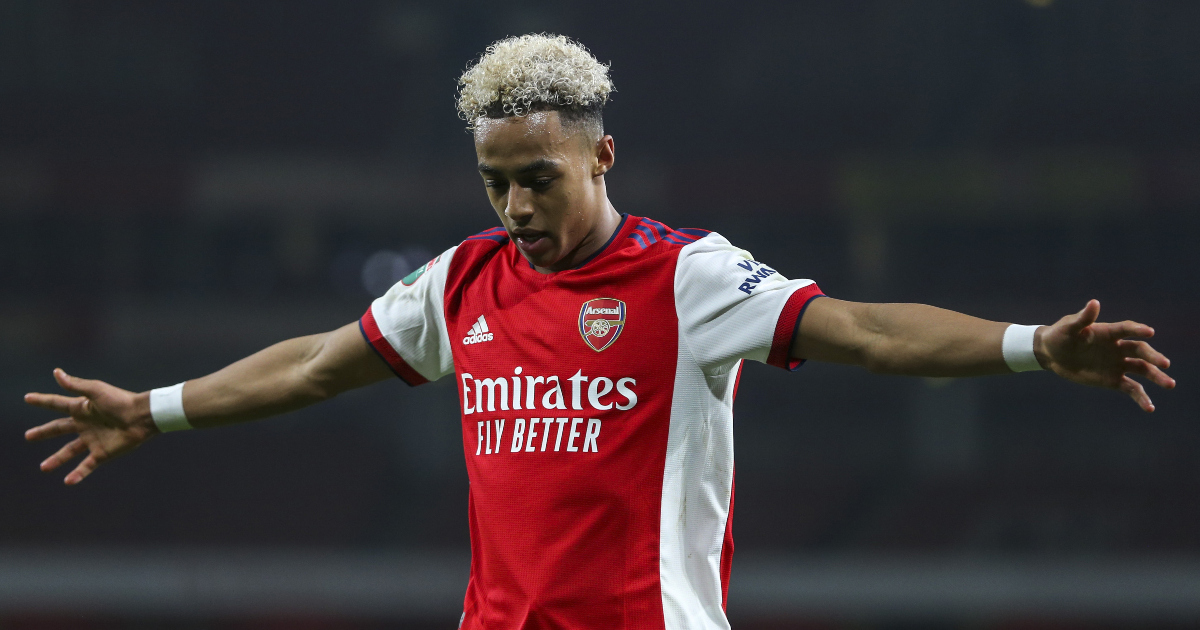 A Swedish striker signed from Fulham’s academy in 2021 following a season where he scored 21 and assisted 13 in 21 under-18 games, Biereth has a lot of competition up front but can stake a claim for an opportunity in the first team.

With 10 under-23 goals this season, the 19-year-old is one to keep an eye on for the future, and he is relishing the fight for a first-team place.

“Arsenal had strikers but they sat me down and showed me if I come in and perform well there’s a clear pathway,” Biereth told The Athletic in April 2022.

“Maybe not with strikers as much, but with Bukayo Saka and Emile Smith Rowe, if you play well you get in the squad. That’s all I’ve got to do.”

After signing a new deal in the summer of 2021 to end months of speculation about his future, the 21-year-old striker made his first Arsenal start in their infamous 2-0 loss to Brentford at the start of the season, and after a handful of League Cup appearances, joined Middlesbrough on loan in January.

Despite only scoring twice so far, Balogun has had an impressive spell so far, helping Boro knock Manchester United and Tottenham Hotspur out of the FA Cup, and is developing the physical side of his game well under Chris Wilder, while also performing well for the England Under-21 team.

“I believe we were seeing signs of that before the international break. It’s not easy. The market is not a huge market. We went with two young players [Balogun and Aaron Connolly] who have not played a lot of football,” Wilder stated in April.

“I thought their performances, especially at Millwall and Birmingham, were really good. The partnership was good, and both scoring was really good for them. And then Flo had the opportunity to go off and be involved with the Under-21s camp.”

“The biggest thing now is how he does on the green bit on a Saturday and a midweek night. I’ve got every confidence in him, and we’ve got five really good players at the top of the pitch.”

Signed from the Brazilian fourth division in 2019, Martinelli is having one of his best spells in an Arsenal shirt after overcoming a series of injury problems and is now a regular starter on the left wing.

Some say his future lies upfront rather than on the wing, and considering some of the goals he’s scored, this may be something for Mikel Arteta to consider.

With five goals and three assists to his name, the 20-year-old recently made his debut for the senior Brazil side and is gaining recognition from some of the biggest names in football, with Dani Alves calling the forward a “phenomenon” after his first Brazil outing.

🔴⚪️ Wenger would be proud of this goal from Martinelli 💯⚪️🔴 pic.twitter.com/nrxqmRmaC0

An 18-year-old who has already made his senior debut for Mexico, Flores made a senior matchday squad for the first time in Arsenal’s 3-0 loss to Crystal Palace in April and will be hoping for some senior minutes next season.

With 10 goals and three assists in just 20 appearances for the academy this season, the versatile attacking midfielder is drawing a lot of attention for his pillow-like touch and the attacking threat he’s shown at such a young age.

A top-quality loan target on Football Manager should you need reinforcements in midfield.