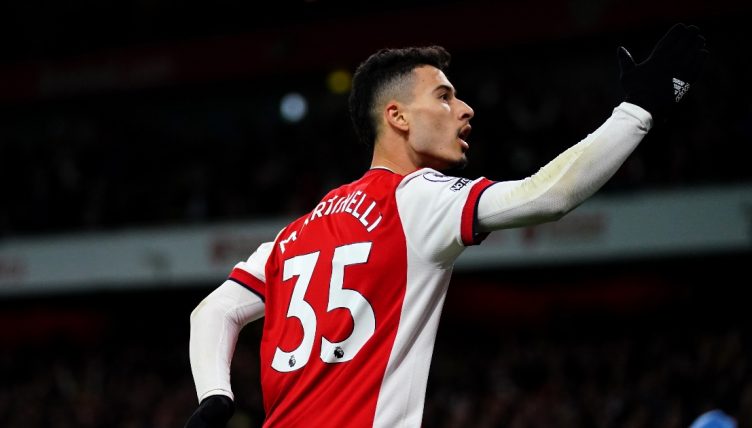 Arsenal have the youngest team in the Premier League this season, and the future looks bright at the Emirates.

Mikel Arteta has favoured the youth over his failing senior players and the club is already reaping the rewards, with the likes of Bukayo Saka and Emile Smith Rowe leading by example.

According to FMScout‘s list of Football Manager 2022’s 720 Wonderkids, 11 are owned by the Gunners, whether out on loan or within the club. These are “players with high potential ability who are not older than 20 years old on July 1, 2021”.

And we’ve taken a closer look at the youngsters that Arsenal fans are right to be excited about.

A £27million signing from Saint Etienne in 2019, the 20-year-old centre back is regarded by many as one of the future stars of French football.

His Arsenal career has so far not panned out the way he would have liked, having made zero senior appearances, but the Frenchman is thriving on loan at Marseille, and will likely evolve into a top-class defender at Arsenal or elsewhere.

William Saliba: “I’m on loan at Marseille. But I pretend I'm there for many years. I'm not thinking about returning to Arsenal [right now]. I give myself to Marseille. I don't think about what will happen afterwards”, he told Eurosport. 🔴🇫🇷 #AFC #OM pic.twitter.com/skSjFPVd9c

A 19-year-old centre back, Rekik is already a senior Tunisia International and is highly rated within the club.

It is expected that he will head out on loan in January, with some Championship sides interested, and his strong ability on the ball means he has a bright future ahead of him.

One of the best prospects in the entire academy, the midfielder has drawn comparisons with Jack Wilshere and it seems only a matter of time before he gets his chance in the first team.

The 18-year-old is a mainstay in the Under-23 side and has wowed fans with some outrageous goals and skill in youth football. 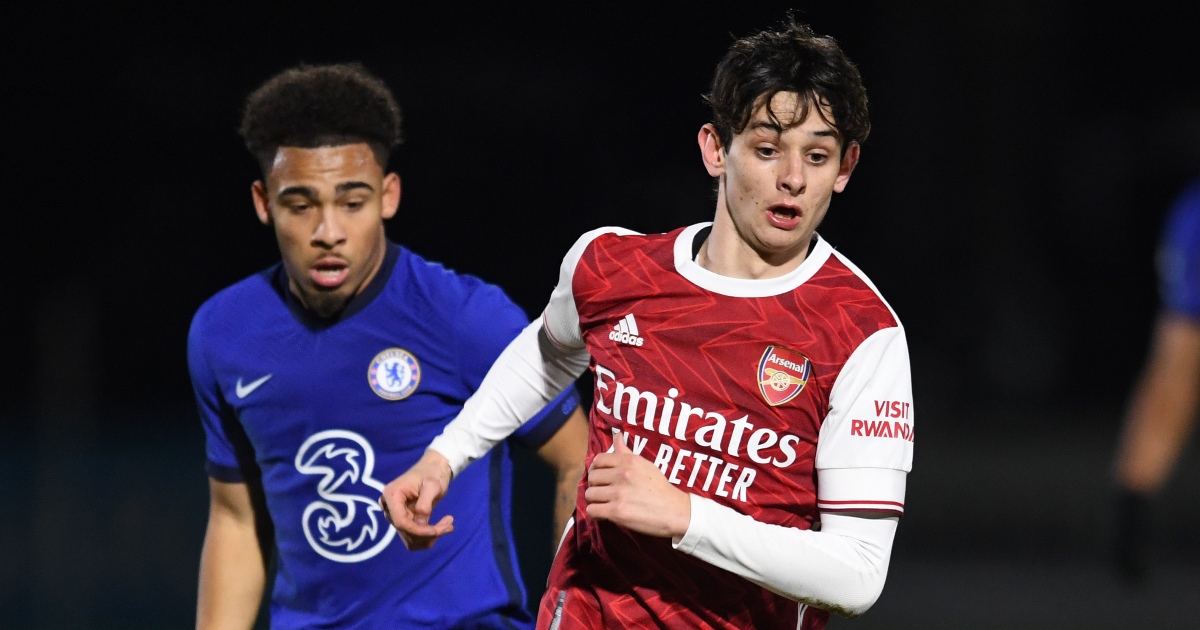 Within just a year, Smith Rowe went from academy football to the Arsenal and England first team and the 21-year-old has become one of the club’s most important players.

With more goal contributions than Jack Grealish this season, the ‘Croydon De Bruyne’ is really living up to his nickname.

Not much more needs to be said about Saka. Already a full England International aged 20, Arsenal’s player of the season in 2020-21 is going from strength to strength and has made that right-wing spot in the team his own. 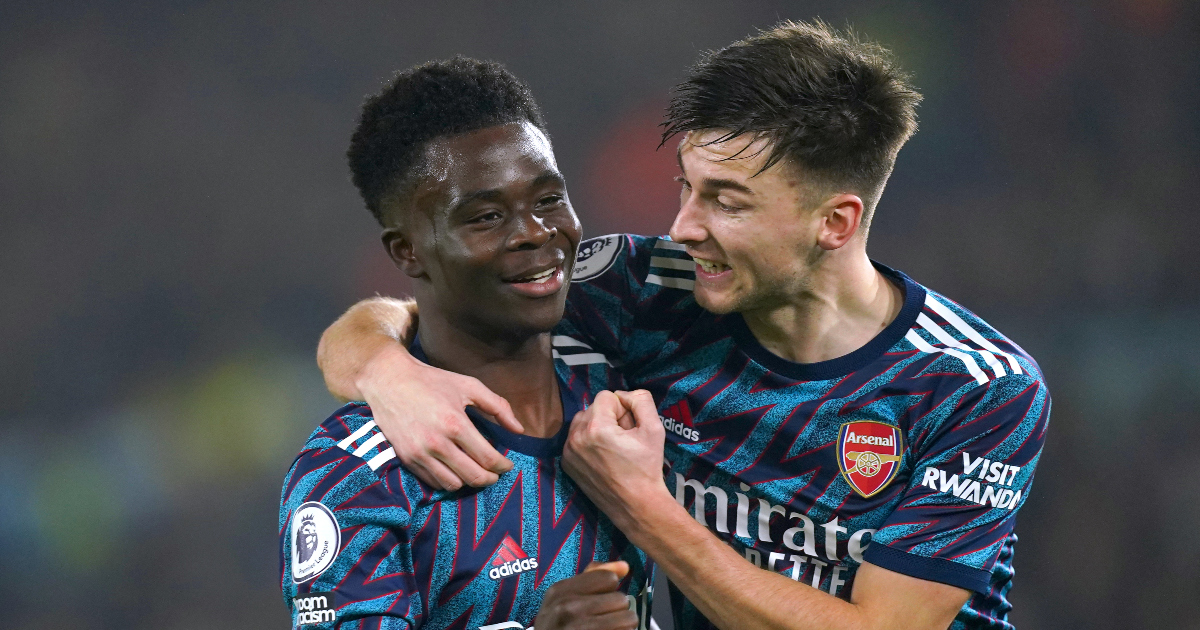 Another highly-rated youngster who is yet to appear for the Arsenal first team, Hutchinson is a skilful winger who can follow in the footsteps of Saka.

The 18-year-old is quick and technically good with both his feet, capable of playing on either wing and is one to watch within the next year.

Omari Hutchinson balling against Spurs u18s yesterday. He also got an assist in the 4-1 win.pic.twitter.com/PCENw1LzYT

The Swedish striker scored 21 and assisted 13 in just 21 Under-18 Premier League appearances for Fulham in the 2020-21 season, which alerted Arsenal who subsequently bought him.

Still just 18, Biereth has started well for the Under-23 side, scoring six times so far this campaign, and can develop into a lethal goalscorer.

Balogun has been the youth player who has everyone at Arsenal off their seats. A skilful, quick striker with a deadly finish, he received limited opportunities in the Premier League and Europa League, but still scored two goals in two substitute European games.

It is expected the 20-year-old will head out on loan, where he will not be short of suitors abroad or at home, and has the talent to eventually become Arsenal’s starting striker in the future.

Just look at that technique…

Balogun was on it against Southampton u23s pic.twitter.com/cwFBn5RGhk

After two years at the club since his arrival as an 18-year-old from the Brazilian fourth division, Martinelli looks to have finally escaped his injury problems to become one of Arsenal’s most crucial players.

Currently occupying a left-wing role, there are many within the club who see his future as a centre forward and considering his deadly finishing and aerial ability, they might be onto something. 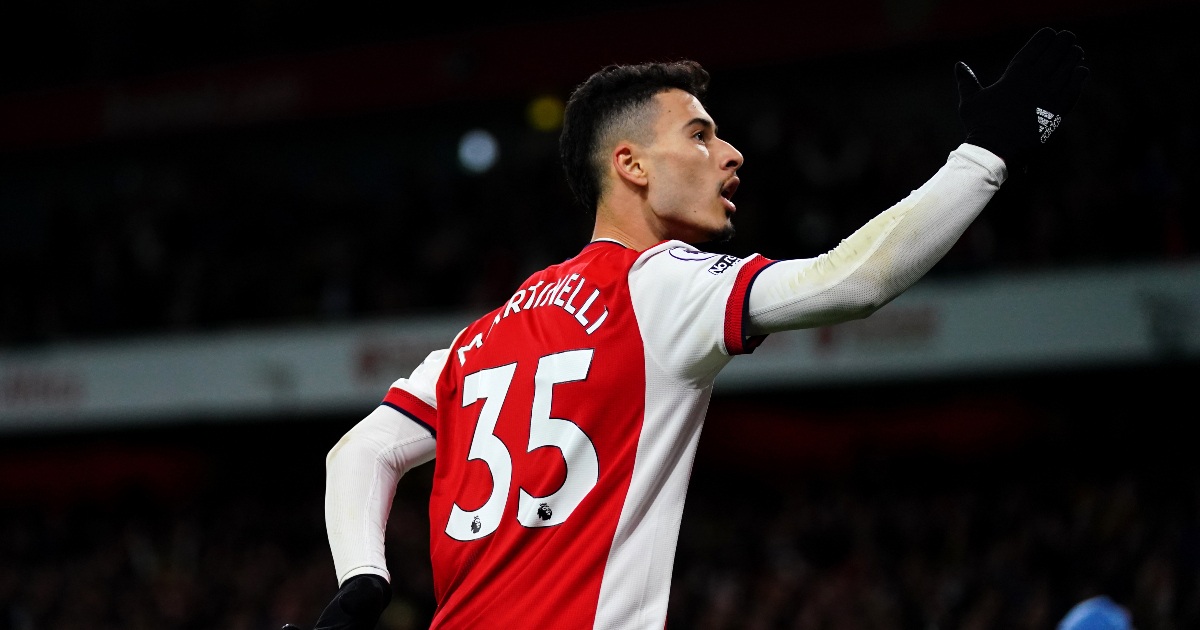 A Canadian-born midfielder, Flores opted to play for Mexico and was rewarded with a senior cap at just 18 years of age. That should tell you how talented he is.

Flores joined the Arsenal academy from Ipswich in 2019 and may have to wait for a call up to the first team, but he is heading on the right trajectory and possesses skill in abundance.

17-year-old attacker Richards left Chelsea’s youth ranks in March to continue his development at Hale End. He’s made a number of appearances in the Under-18 Premier League for the Gunners this season, although is yet to score, and signed his first professional terms in December.

“It’s a surreal feeling, especially because it’s my boyhood club and I grew up supporting them,” the teenager told Arsenal’s official website.

“I had a lot of conversations with Per and many other people at the club and I felt like they believed in me a lot and this was the best step for me in my journey.”