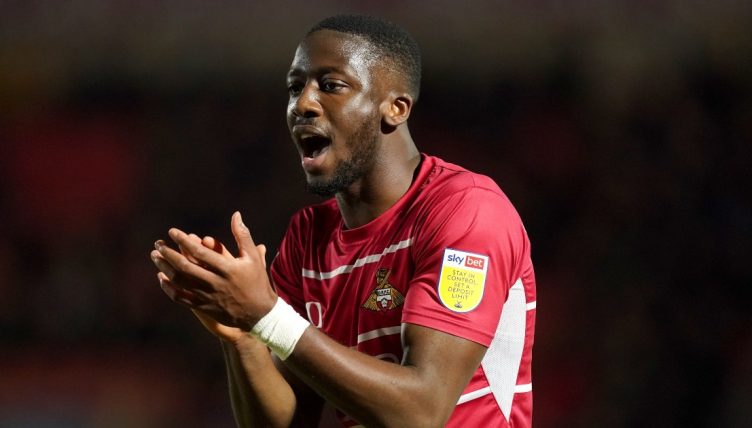 The Arsenal academy is one of the best in the country and now they’re beginning to see the profit of their investment in the youngsters. But what about those players who don’t quite make it at the club?

Players like Gabriel Martinelli, Emile Smith Rowe and Bukayo Saka have thrived in Mikel Arteta’s first team as the club pushes for the Champions League places.

Yet not all their youth colleagues made the same step up.

Arsenal released seven Academy players last year, and so we’ve decided to go through and see whether the club let any future stars slip through the net.

Why would Arsenal release a guy who, two years ago, got top bins on BBC Sport’s rising ballers programme?

That’s the question we had to ask ourselves after the club released Petrie last year.

He joined Swansea Under-18s but left in January by mutual consent and is without a club currently.

Arsenal’s Kieran Petrie hit top bins on a bov one 😂 Link below to watch our new Wonderkids series for @BBCSport 🤝https://t.co/3STQVona8L pic.twitter.com/uQiNptCnqG

Laing left at the end of the 2020-21 campaign and immediately signed with fellow London side West Ham.

But this was no academy contract, with Laing given a senior deal right away.

It was a shrewd move by the Hammers, who have a tradition of not only producing their own brilliant players but poaching some of the best to leave other London clubs’ academies, like Declan Rice from Chelsea.

Laing has been a regular for the Hammers’ Under-23s and will be hoping to get a good loan next year or an opportunity for his first-team debut.

The only thing you need to know about Plange is he pulled off a double nutmeg in the Championship.

It doesn’t matter what happens in his career now, he has already completed football.

Plange was picked up by Wayne Rooney’s Derby in March 2021 after he was told he wouldn’t have a long-term future in north London.

Since then the difficult situation at the Rams has gotten worse, and Plange has been entrusted by Rooney to step straight into senior football.

The striker has massively impressed and scored three goals in the Championship this season.

Such was his impact that Crystal Palace pulled the trigger on a deadline-day deal for the young striker in January 2022, loaning him back to Derby for the remainder of the season.

I’m sure they looked at his stats and analytics, but really they went for him because of how dirty this was.

Sraha, 19, is another centre-back and joined Barnsley after he was released by Arsenal.

He struggled with injuries at the Gunners and failed to make a competitive appearance in 2020-21.

The former Arsenal player hasn’t been able to break into Barnsley’s senior side just yet but is on loan at Guiseley in February with an extension likely.

One Derby team hasn’t received a point deduction this year and 17-year-old Fapetu, who was signed after his release from Arsenal, has been a regular as Derby Under-18s have stormed to fourth in the Northern Premier League table.

It gets better for him because Arsenal, who no longer wanted him, sit sixth in the Southern Division.

The midfielder has played some matches for the Under-23s now and will be hoping to move up the ranks in a similar way to Plange.

Here’s an account called Derby County Brazi talking about his performance against Liverpool, which we really just want to include to say: ‘Wow, there’s a Brazilian Derby County fan account.’

Twenty-two-year-old Olouwu opted to drop down a few leagues when he left Arsenal, joining Doncaster Rovers.

It has proved to be a good move for the youngster, who has played regularly.

A centre-back by trade, Olowu has also chipped in at the other end of the pitch and scored four goals.

“Joseph’s strong character, willingness to improve and his performances on the pitch make him someone that we believe can have a bright future with this club,” said former Doncaster player James Coppinger.

He looks more than suited to men’s senior football and signed a new contract in December.

Imagine being told you were going to be released a day after bagging a brace?

Well that was what happened to Benn, who after eight years at Arsenal was sent out into the cold after scoring twice in an Under-18s match against Reading.

He was just 16 and joined Watford’s academy.