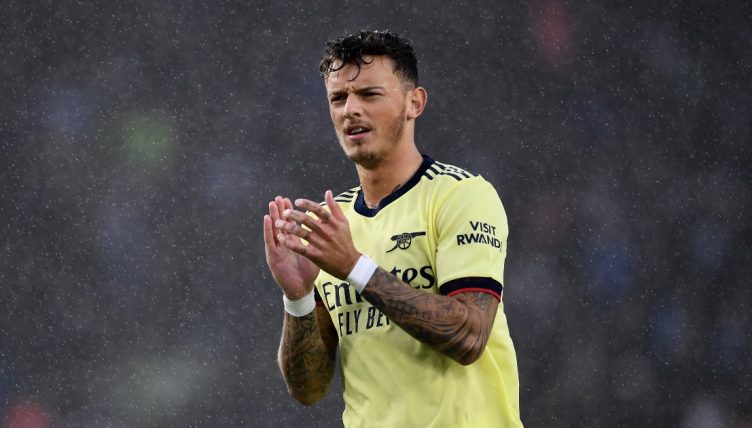 Arsenal have been renowned for their defensive frailties in recent years – but Ben White and Gabriel Magalhaes have started to fix things at the Emirates.

Mikel Arteta inherited a defence that included David Luiz and Shkodran Mustafi, who both made countless defensive errors for the Gunners.

Arteta quickly realised that he needed new signings and tried to fix that leaky defence by buying Gabriel from Lille in a £27million deal in 2020.

The Brazil international made a seamless transition to English football, winning three consecutive Arsenal Player of the Month awards at the start of 2020-21.

But Arsenal continued to concede a lot of goals and finished eighth in the Premier League for the second consecutive season.

Arteta responded by spending £50million on White, who won promotion to the Premier League with Leeds before winning Brighton’s Player of the Year award in 2020-21.

Eyebrows were raised over the hefty fee paid for White, and he had a difficult debut up against Ivan Toney in a 2-0 defeat at Brentford.

The England international conceded seven goals in his next two games but things started to turn around when Gabriel returned from an injury problem at the start of September.

Despite a language barrier, White and Gabriel have since forged a formidable centre-back partnership that has tightened up Arsenal’s defence.

“He doesn’t speak much English. I don’t speak Portuguese,” White explained during a livestream on Twitch in October 2021. “There’s not much we can say to each other.

Their partnership has gone from strength to strength in recent months, helping the Gunners move up the table and into the top four.

We’ve taken a look at Arsenal’s record this season when White and Gabriel start at centre-back together.

White and Gabriel starting together in defence