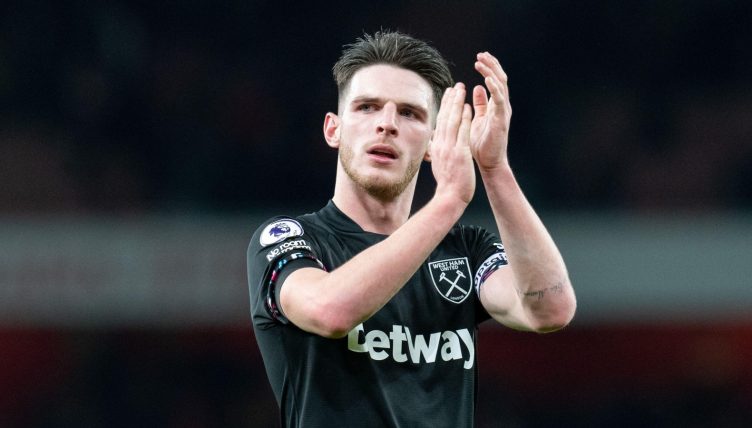 Arsenal have reportedly made West Ham United and England midfielder Declan Rice their ‘top summer transfer target’, but how do his 2022-23 stats compare with current starting midfielders, Granit Xhaka and Thomas Partey?

Rice is Mikel Arteta’s top target and could become Arsenal’s record signing, beating the £72million paid for Nicolas Pepe, if a deal goes through this year.

The Premier League leaders are looking to add depth to their squad. But they’ve had little luck in the transfer window this January, with Chelsea beating them to sign previous targets Joao Felix and Mykhailo Mudryk.

Former England midfielder Danny Murphy, when asked about the potential deal on talkSPORT, said: “I think that would be a huge, huge move for Arsenal.

“You’re not just getting a wonderful midfielder who would be there for the rest of his career maybe if they carry on, you’re also getting an English one who fans can relate to, they know he can do it in the Premier League.

“He’s going to get better and I think he’ll get more of a platform to score goals.”

Rice is widely regarded as one of the best defensive midfielders of his generation. The 24-year-old has been a stalwart of the West Ham side that finished sixth and seventh in consecutive Premier League seasons and reached the Europa League semi-final in 2022.

He is also a mainstay at international level, starting all five of England’s matches at the 2022 World Cup.

Rice is likely to be at the centre of a bidding war in the summer, with reports suggesting the West Ham man will cost £80m, although the price could be less if the Hammers are relegated in May.

But with Arsenal almost already assured of Champions League qualification at the very least, we’ve crunched the numbers to compare Rice’s Premier League stats this season with those of Xhaka and Partey.

Note: We have excluded Albert Sambi Lokonga and Mohamed Elneny from our comparison due to a lack of Premier League minutes.

Declan Rice is huge, yet look at how his legs are tiny in relation to the rest of his body and how he moves like a Spanish interior on the ball.

This guy is a monster. A heavy-duty Class 7 truck on bicycle wheels. Look at him here versus Liverpool.pic.twitter.com/W8ZmhxV4Dv

If not well timed and Declan Rice got away, it could present West Ham a great chance to make it 2-0

That was the turning point of the matchpic.twitter.com/qk4mCiZSFx