Comparing Arsenal’s record before & after Aubameyang was banished 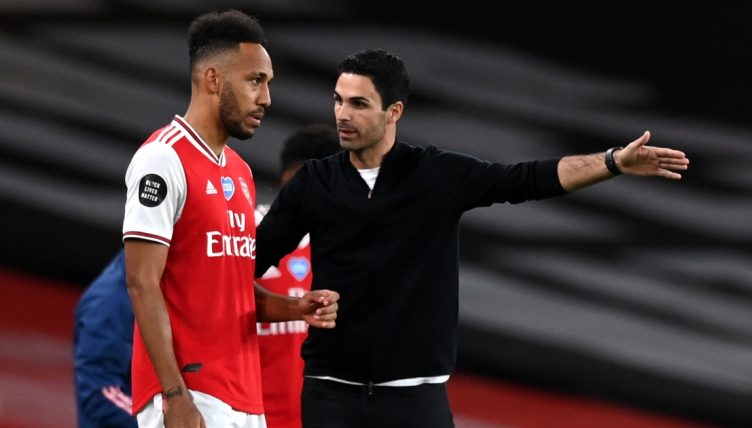 Pierre-Emerick Aubameyang was exiled from the Arsenal first-team earlier this season – but did Mikel Arteta make the right decision?

Aubameyang enjoyed a brilliant start to his Arsenal career, scoring 70 goals in all competitions in his first two-and-a-half years in north London.

The most vital of those came in the decisive games of Arsenal’s successful FA Cup campaign in the 2019-20 season.

In the semi-final, he got two as Arsenal beat Pep Guardiola’s Manchester City at Wembley. Then, in Arsenal’s Wembley return for the final, the Gabon international repeated the feat, knocking in a brace against Chelsea to secure the cup.

But Aubameyang signed a new £350,000-a-week contract in September 2020 and things soon went downhill as he struggled to hit his usual heights.

Reports emerged of poor timekeeping and the striker was then left out of Arsenal’s matchday squad against Southampton in December 2021 after returning late from an overseas trip.

“Unfortunately due to a disciplinary breach and I think we’ve been very consistent, there are some non-negotiables on the team that we have set ourselves and as a club and he’s not involved,” Mikel Arteta said before the Southampton game.

“Certainly it isn’t an easy situation, we don’t want our club captain to be in that situation.”

Aubameyang was stripped of the captaincy and remained on the sidelines before being allowed to join Barcelona on a free transfer at the end of the January 2022 transfer window.

He’s since rediscovered his best form with Barcelona but Arsenal have also been producing some impressive results in recent weeks.

We’ve taken a look at Arsenal’s Premier League record in 2021-22 before and after Aubamyeng was banished from the squad.

Note: we’ve not included the 2-0 defeat to Brentford on the opening day of the season as Aubameyang missed that game due to illness.

Despite not signing a replacement for Aubameyang, Arsenal average more points per game and have a higher win rate since the striker was dropped.

They also average more goals per game as the likes of Bukayo Saka, Gabriel Martinelli and Martin Odegaard have helped fill the goalscoring void.

Since Aubameyang was dropped