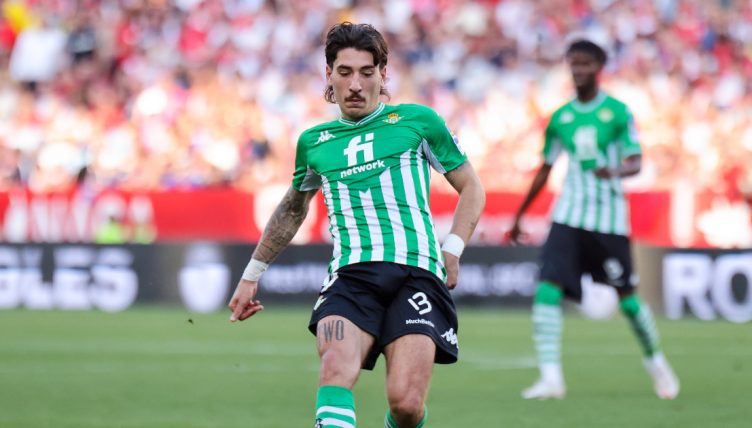 Arsenal trimmed their squad down to the bare bones in the January transfer window, loaning or releasing a number of first-team players as they found themselves out of both domestic cups, and these were in addition to loaning out 17 players in the summer window.

Loans are often beneficial for academy products to gain invaluable experience, and for senior players on the way out to put themselves in the shop window.

In Mikel Arteta’s case, a number of the current loanees were shipped out when the club was unable to find a buyer, and some are plying their trade elsewhere with options or obligations to buy which can be activated in the upcoming summer window.

Twenty-three players are currently out on loan, and whilst some have been earmarked for a big future at the club, a number of them will soon be out the door permanently.

Players such as Miguel Azeez and Jonathan Dinzeyi even had their loans terminated after failing to impress in the first half of the season, and are back at Arsenal.

Some are thriving at their temporary clubs, whilst others are barely getting a kick. Here’s how they’re getting on.

The 21-year-old, who signed for Arsenal as a teenager for around £27million in 2019, has been in sensational form at Marseille in his 40 appearances this season, to the extent that he earned his first senior callup to the France squad in March 2022.

On his third loan spell since joining Arsenal, there has been much speculation over his future in North London, and the centre-back recently stated how much he was enjoying life at Marseille.

“I’ve never hidden the fact that I feel good here,” Saliba told RMC Sport ahead of his potential France debut. “But I don’t know my future.

“There are two months left of the season and the most important thing is to qualify for the Champions League and to go as far as possible in the [Europa] Conference League.

“I think there will be discussions between Arsenal and Marseille at the end of May or the beginning of June. That’s when we will decide.” 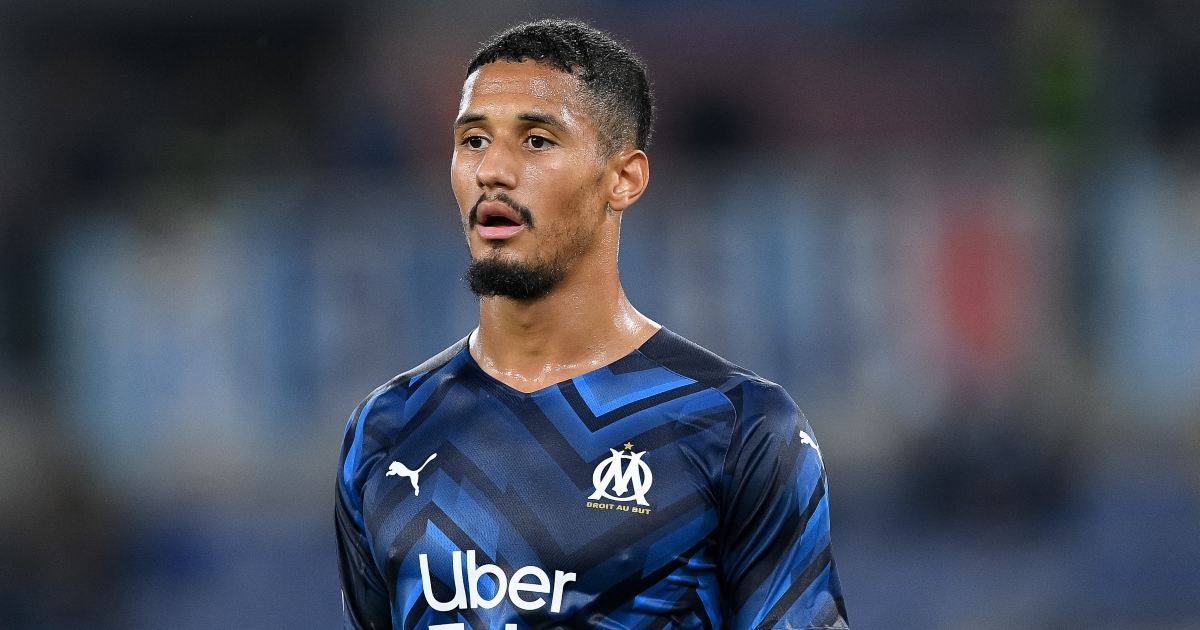 Like Saliba, Matteo Guendouzi is thriving at Olympique Marseille. Unlike Saliba, Guendouzi has no future at Arsenal.

The 22-year-old midfielder was marmite at Arsenal, with some rating his passion but others criticising his lack of positional discipline, and he was ultimately exiled by Mikel Arteta after an infamous bust-up with Neal Maupay, amongst other infractions.

Guendouzi is doing well at Marseille, having made 43 appearances this season, and earned his first France call-up in 2021, and Marseille have confirmed that the conditions for his loan contract to turn permanent have already been met.

“It was a carefully considered choice,” Guendouzi told RMC Sport upon confirmation that he was to stay at Marseille.

“There were very good discussions with the president, with the coach and people in my family. We really made the best decision altogether. For me, it’s the best choice I’ve made in many years.”

The Greek centre-back is currently on loan at VFB Stuttgart, where he has excelled in Germany with 26 appearances this campaign.

With Stuttgart dangerously near the relegation zone, there are already clubs circling around the 24-year-old.

His club will almost certainly activate the £3million option to buy, and he has been linked with a move to Borussia Dortmund and West Ham.

Arsenal might regret inserting such a low optional fee…

Things were looking so good for Ainsley Maitland-Niles in the summer of 2020, after winning his first England cap and being named man of the match in Arsenal’s Community Shield win over Liverpool.

Confusion over his preferred position led to a lack of game-time and a subsequent loan to West Brom but, after returning to the first team and playing fairly well when called upon, the 24-year-old was sent out on loan again, this time to Jose Mourinho’s Roma.

After an initially bright start, Maitland-Niles has been an unused substitute for the last four Serie A games in a row and still has more appearances for Arsenal than Roma to his name this season.

There is no option to buy in his contract but, at this stage, it looks unlikely that Roma will push hard for a permanent move at the end of his loan.

The attacking midfielder, who was once the brightest prospect in Arsenal’s Hale End academy, found himself struggling to nail down any game time, and went on loan to Feyenoord.

The 22-year-old has made 22 appearances for the Eredivisie club, scoring twice and assisting twice, but it still remains unclear where his future lies.

The Spanish centre-back was hardly seen again after being destroyed by Brentford and Romelu Lukaku in the first two games of this season and joined Udinese on loan in January.

The 28-year-old has made seven appearances in Serie A since signing and was sent off in his last game against Napoli.

An odd signing to begin with, it is unlikely that Mari will have any future under Mikel Arteta.

A centre-back signed on deadline day in January from Colorado Rapids, who are also owned by Stan Kroenke, the 23-year-old centre-back stayed in Colorado on loan for the rest of the season.

With four appearances since the transfer, the long term reasoning behind the signing remains unclear.

Signed last season, Runarsson played a few Europa League and League Cup games before it became clear he was way off the required level, and the goalkeeper was shipped out on loan to OH Leuven in the Belgian first division.

With 16 appearances this season, the 27-year-old already has more appearances out on loan than he does for Arsenal, and will likely be sold permanently this summer.

Once earmarked as a future captain, Bellerin lost his way at Arsenal after a series of injuries and a dip in form but remains a popular figure amongst the fans.

Joining Real Betis on loan without an option to buy, Bellerin started well at his boyhood club but has recently found himself on the bench, with Youssef Sabaly preferred by Manuel Pellegrini.

With 27 appearances and four assists for the Verdiblancos this season, Betis, who have been impressive in La Liga, may look to keep the 27-year-old who really needed a change of scenery after a few difficult years in North London.

A midfielder who never reached the levels he hit when he first arrived at the club, Torreira’s second loan in two seasons saw him head to Fiorentina with a £15million option to buy.

Torreira has performed fantastically for the club in his 28 appearances, scoring four times, and winning their player of the month award in January.

Fiorentina will look to keep Torreira in the summer, and the 26-year-old will be happy to have found a place to settle after a few years of chaos.

A highly-rated striker within the academy, Balogun started the season at the Gunners but went on loan to Middlesbrough in search of senior minutes.

The 20-year-old has two goals and two assists in 12 Championship games and helped knock Manchester United and Tottenham out of the FA Cup. 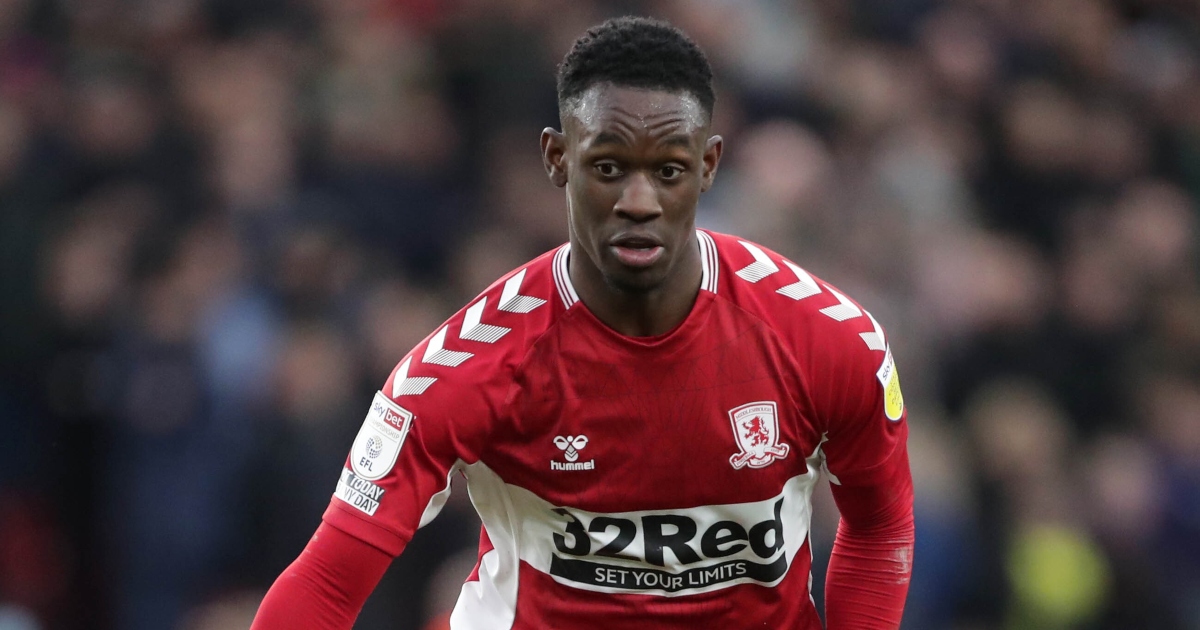 The right-back, who can also play on the wing, spent the first half of the season in an unsuccessful loan at Nottingham Forest but joined Rotherham United on loan in January, and the 23-year-old has seven appearances to his name in League One.

After an unsuccessful loan at Blackpool, the 21-year-old striker moved to Sheffield Wednesday in January but has made just one appearance at Hillsborough.

The 19-year-old Estonian international goalkeeper moved on loan to Championship side Reading in January, where he has already made five appearances.

He’s already impressing and there are high hopes for him at Arsenal.

"WHAT A BRILLIANT SAVE THAT WAS" 🧤

The 21-year-old centre back moved on loan to Hibernian in Scotland’s top-flight on a deal for 18 months in January but is yet to make a league appearance.

The highly-rated Swedish forward joined FC Den Bosch in the Dutch second division in the summer, and the 19-year-old has one goal and one assist in seven games for the club.

Plenty of developing left to do for the youngster.

The 22-year-old is having a very successful spell at Milwall, and the centre-back has made 27 appearances this season, scoring once in the Championship.

The Northern Ireland international is still unsure where his future lies, as the Championship side are reportedly keen on keeping him.

“I’m sure it’s something that will be discussed after the end of this season,” Ballard stated when asked about his future.

“I have to see what the loan manager says and what they feel is best for me.”

“At the moment I’m fully focussed on helping Millwall finish as high up the table as possible.

“I’m really enjoying my time here. It’s a brilliant group of lads, the spirit in the dressing room is great.”

The midfielder, who was on the bench as Arsenal won the FA Cup in 2020, is on loan at Doncaster Rovers and has made 36 appearances in League One.

Although Doncaster are in the relegation zone, the 21-year-old has had an encouraging season on loan and has two assists to his name as he plays in a deep midfield role.

The 20-year-old joined Welling United on loan in the summer but has just two appearances to his name, and the goalkeeper has conceded seven goals in that time.

The 18-year-old has caught the eye after some stunning performances on loan at Lincoln City in League One since his loan move in January.

The right-back has already made 13 appearances, scoring one goal, but has impressed everyone at the club with his dazzling attacking dribbles, and has been tipped for a big future at Arsenal by Lincoln manager Michael Appleton.

“I don’t want Arsenal ringing me up saying ‘what have you said that for?’, Appleton stated. “But I’ve been saying it behind the scenes, I think he will play for Arsenal’s first team on a regular basis.”

“It might not be for a couple of years but it’s definitely going to happen. He’ll hopefully continue his progression over the next few games.

“There’s one or two things that I think I can help him with, but by the time he goes back to Arsenal, he’ll be much better.”

The battling midfielder joined Dundee United on loan in January, but the 20-year-old has made just one appearance in the Scottish Premiership.

The 21-year-old joined Shelbourne City in his native Ireland in February and already has seven league appearances to his name.

A right-sided midfielder, McEneff is yet to open his account but is set to stay on loan at Shelbourne City until November.

The 20-year-old right-back moved on loan to Crewe Alexandra in January, and after starting four League One games in a row upon his arrival, he picked up an injury against Wigan Athletic in February and hasn’t played a minute since.