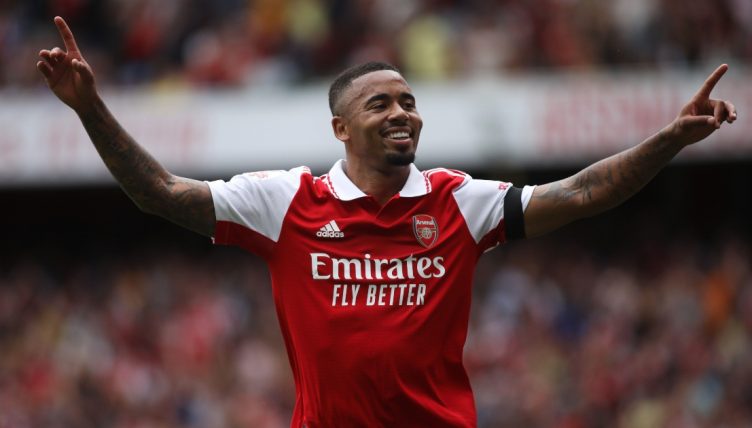 Arsenal kick off the Premier League campaign with a trip to Crystal Palace and they will be full of confidence after an excellent pre-season.

The Gunners are determined to finish in the top four for the first time since the 2015-16 season and have already spent around £120million on new signings.

While pre-season is mainly about improving fitness levels and helping those new players settle in, Mikel Arteta will have been encouraged by their results and performances.

“We had a mixture of spending time here in London and being away, and we have played competitive matches against very different opponents and formations and ways of playing and behaviours from teams,” Arteta said when reflecting on pre-season.

“We have had different conditions as well, we were in Germany and we had to acclimatise with the weather there, and we went to the US and it was the same, now we play with different context and atmosphere as well, so in general I feel like the team is prepared.

“The ball is going to start rolling on Friday night and it will be a different story.”

We’ve compiled 13 of the best stats from their impressive pre-season campaign.

– If you include the pre-season friendlies, Arsenal have now won 11 of their last 13 matches in all competitions.

– While stats aren’t available for the behind-closed-doors friendly against Ipswich, Arsenal have since averaged 479.4 passes per game, 17.6 shots per game and 8.6 shots on target per game.

– Arteta’s side scored a total of 25 goals in their six pre-season games, averaging 4.16 goals per game.

– Sevilla only conceded 30 goals in 38 La Liga games last season but Arsenal scored six against them in the space of 90 minutes.

– Since Orlando City’s Facundo Torres scored an equaliser against the Gunners, Arsenal have scored 13 goals without conceding any.

The chip from Gabriel Jesus 🤤

– Despite only playing one game in the Emirates Cup, Jesus is now the third top scorer in the history of the competition after netting a hat-trick in Arsenal’s win over Sevilla.

– The Brazil international has scored more goals for Arsenal than Alexandre Lacazette did (6) during 36 competitive appearances last season.

– Gabriel Martinelli scored one goal in pre-season and also showcased his creativity, setting up five goals for his team-mates during five appearances.

Gabriel Martinelli’s cross finds Gabriel Jesus at the back post, to score his second goal & Arsenal’s third of the afternoon. 🔥 #afc pic.twitter.com/BWVp6F7vLc

– The Gunners have managed to tighten up the defence in pre-season, conceding just five goals and keeping three clean sheets.

– William Saliba was on the pitch for a total of 282 minutes during pre-season and Arsenal didn’t concede a single goal in that time.

– Arsenal are yet to concede when starting Ben White, William Saliba, Gabriel and Oleksandr Zinchenko together in the back four.