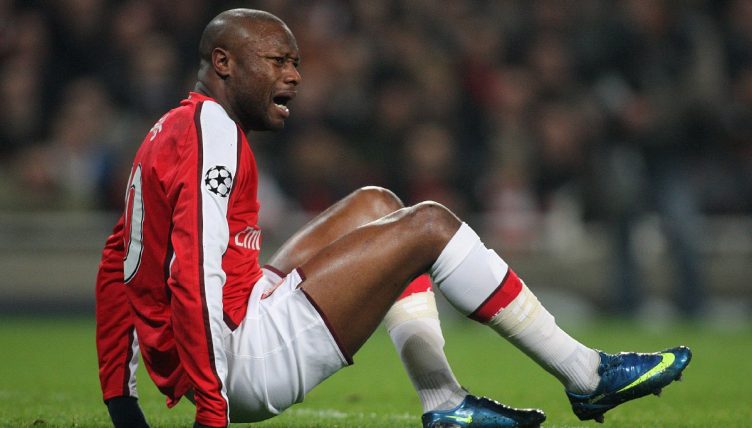 Arsenal have had some proper steals in the transfer market, but they’ve had their fair play of shocking deals as well.

Many of those poor transfers have come when they’ve opted to sign players from their rivals, something they’ve done 10 times in the Premier League era.

For much of the history of the Premier League, Arsenal under Arsene Wenger was one of the stalwarts of English football. They were often up there in the title race, sometimes winning the whole thing and a genuine contender for any trophy they were competing for.

Yet as the years have gone on, and the number of players they signed from their rivals increased, they’ve slipped away from the top table.

Now, however, Mikel Arteta will hope to turn that trend around with Gabriel Jesus all but certain to become Arsenal’s new striker, signing from Manchester City.

Here are the last 10 players Arsenal have signed from big six rivals (a shocking eight of whom are from Chelsea) and how they got on.

Thank goodness there was no money involved with this deal. As a free transfer, it was a bad enough deal, but if money had changed hands it could have gone down as one of the worst transfers in Arsenal’s recent history.

Well, no money apart from his reported wage of over £200,000 a week the Brazilian was on once bonuses were taken into account, and no doubt the signing-on bonus he received as well.

It’s laughable to think he was signed on a three-year deal with an option to extend, considering he served just one season before high-tailing it from the Emirates.

“My vision, my ambition and my will is always to fight for the title,” Luiz said during 2019-20 season, his first of two campaigns at the Emirates.

“Between the club, the players and the coach, we have the possibility to fight for the title. I think this club deserves to shine again.”

Luiz never did win the title at Arsenal in the end, and we’re not sure the 2020 FA Cup he won compares to the six major honours he earnt on the other side of London, but among a plethora of red cards – three of the four of his entire career came in an Arsenal shirt – he was a useful enough addition for a couple of years.

We don’t know if he truly counts, having been part of the worst swap deal in history, but the Armenian winger arrived at the Emirates just as Alexis Sanchez landed in Old Trafford.

He spent just a season and a half in North London, during which time the most notable thing that happened was off-pitch when he wasn’t allowed to play in the 2019 Europa League final in the Azerbaijani capital of Baku due to being Armenian.

The following summer he left for Roma, first on loan and then permanently where he was eventually reunited with his manager at United, Jose Mourinho.

A foreshadowing of the Luiz and Willian deals to come, Cech arrived at the Emirates a shadow of his Chelsea peak. Signed for around £12million, he ended up serving as back-up for Bernd Leno towards the end of his time at the Emirates.

His final game both for the club and for his career was the 2018 Europa League final… where he provided limp resistance as his old side put four past him to win the trophy.

To add insult to injury, he left Arsenal to join Chelsea again as technical director, a role he recently stepped down from, but is still in between the sticks… just slightly smaller sticks. On ice.

The former Arsenal and Chelsea goalkeeper says his ice hockey debut for Guildford Phoenix is the realisation of a childhood dream as he saved a match-winning penalty in a 3-2 victory against Swindon Wildcats 2 on Sunday: https://t.co/TcvVvExLdi pic.twitter.com/67YidVQ61I

“Dat guy Welbz” opted for Arsenal in 2014, when Manchester United told him he could leave after signing Radamel Falcao.

Of course we now know United probably would have been better off keeping the academy prospect, but as it was his £16million sale seemed to be good business for both parties.

Tasked initially with filling in for an injured Olivier Giroud and in an ideal world improving upon him, Welbeck ultimately did neither over his five seasons with the Gunners before he left on a free.

His 32 goals in 126 appearances wasn’t an especially prolific goalscoring record, although he maintained his capacity to always be there in the right place at the right time, ensuring he remains as popular a figure at the Emirates as he remains at Old Trafford. It might all have been so different without the injuries.

Danny Welbeck was never one of the star players at Arsenal, but we all have to thank him for this amazing moment. Most of us thought this would win us the league. pic.twitter.com/JeCWxYSYsr

At this point, it’s fair to question whether Chelsea’s scouting for a period of time just involved looking at who Chelsea were open to letting go.

Midfielder Benayoun joined on loan from the Blues for the 2011-12 season and things went… pretty average. Arsenal finished third, but Benayoun played 903 minutes in 19 appearances for Arsenal, being used mainly as a sub. The kicker? That season Chelsea won the Champions League, meaning Benayoun missed out on a medal.

Like so many of the other names on this, his best football came at a different Premier League club, with Benayoun at his peak earlier on at West Ham and Liverpool.

Throughout the 1990s and early 2000s, United and Arsenal were comfortably the two greatest footballing sides in England and their rivalry was the stuff of legend.

As a result, no player crossed the threshold from one to the other. So, when United’s perennial squad player Silvestre swapped Manchester’s red side for London’s it truly marked the end of an era.

In 2008, for £750,000, Silvestre became the first player since Viv Anderson moved to United to transfer directly between the two clubs and to little avail.

On this day in 2010, Lionel Messi put four past Arsenal.

If Manuel Almunia or Mikael Silvestre happen to be reading this, look away now.pic.twitter.com/mujjSGwkKF

Surely Arsenal got the better of Chelsea in one transfer deal. Maybe that was Diarra?

Signed in 2007 and given the No.8, Diarra went on to have a long stint at the club of… five months.

Yep, signed in August 2007 he left in January 2008 for Portsmouth due to a lack of game time. It worked out pretty well for him in the end, winning the FA Cup that very same season and later somehow signing for Real Madrid.

“We had learned of his appointment in the papers and we all shook our heads,” Jens Lehmann said in his autobiography when he found out Wenger had appointed Gallas, signed from Chelsea just a season prior, as his new captain.

“The previous season he had repeatedly turned up very late for training or had left the training ground without permission.

“With the promotion, Wenger apparently wanted to appeal to Gallas’s sense of responsibility, trying to turn him from Saul to Paul.”

READ: William Gallas at Arsenal: Captain of chaos who sat down in a strop

Surely one of the most devilishly diabolical, most genius moves in the history of the Premier League.

Campbell knew what he did when he crossed from one side of North London to the other, and a smirking Wenger knew it too.

“I just hope everyone respects my decision,” Campbell said. There was a fat chance of that ever happening.

Arsene Wenger signing Sol Campbell from Tottenham for free has to be one of the most iconic Premier League moments. pic.twitter.com/H1EDmQHtv9