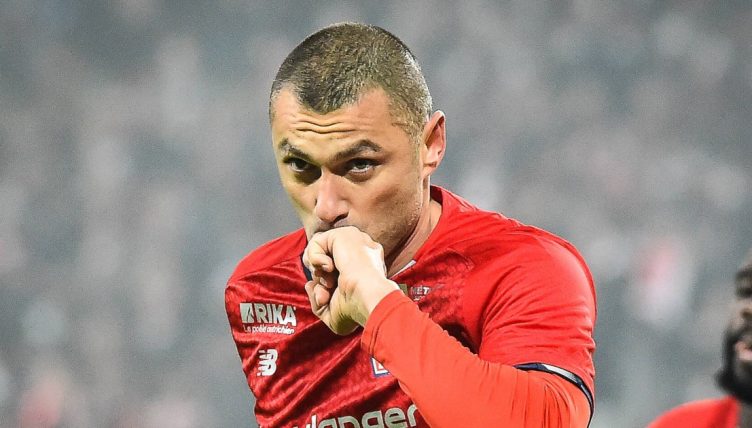 To paraphrase that now-infamous Rio Ferdinand quote, “Arteta’s at the wheel, man. Arsenal are back!”

Well, not quite. But Mikel Arteta certainly has the Gunners heading in the right direction and looking favourites for Champions League qualification.

Despite that Arsenal are still a long way off from the finished article.

Having last won the Premier League in 2004 and only having the 1994 Cup Winner’s Cup to their name by way of European trophies, they provide an exciting rebuild option in Football Manager, especially for newcomers.

So with that in mind, we’ve put together six signings that we think would be perfect for you to make as you try to take the Gunners towards the pinnacle of English football once again.

As always, we’ve tried to steer clear of the usual suspects, work within budget and stick to Arsenal’s current philosophy of signing young players.

It’s a widely held view that what Arsenal need first and foremost is a striker.

But with a starting transfer budget of just £10million, you’re not exactly spoilt for choice when it comes to options.

That’s where Santos wonderkid Leonardo comes in, in all his stereotypical FM glory.

He’s not going to be a world-beater from the very start, but alongside Alexander Lacazette and Gabriel Martinelli, he can help reinforce your front line before taking over himself in a couple of seasons.

His standout stat is 17 determination, which means he’ll be eager to develop and push for a starting spot.

In addition, the youngster has an impressive 15 finishing, 15 composure and 14 off the ball.

You shouldn’t need to pay more than an initial £5million for him to boot.

Mukiele’s Leipzig contract runs out in 2023, so you can pick him up at a discount price with an initial payment of around £7.5million.

You’ll be wanting to do so. A versatile defender capable of playing as a centre-back and, crucially for Arsenal, a right-back, he has impressive physicals joined by some good mental and technical stats.

15 tackling, 14 heading as well as 12 crossing and 12 dribbling means the Frenchman is a jack of all trades defender.

You’ll find yourself lacking depth at centre-back and right-back in your first season, so the 23-year-old is a no-brainer pick-up.

Doucoure is more of a ball-winning or holding midfielder, which means you should be able to use him in rotation with Thomas Partey in your midfield to allow Martin Odegaard or Emile Smith-Rowe a license to roam forward freely.

One of the beauty of signings like Docoure lies in their resale value: he shouldn’t cost the world to bring in and shouldn’t demand huge wages.

That means in a couple of years if he hasn’t quite made the grade and you’ve got more money, you can sell him for a profit and invest in a better player.

You might think Arsenal have quite a lot of depth on the wings, but when you look into it further that quickly stops being the case.

Bukayo Saka is nailed on as your right-winger and Smith-Rowe can play on the left to facilitate Odegaard in the middle.

Martinelli can play out wide but you’ll want to play him more as a striker, and the same goes for Alexandre Lacazette.

Obviously, there’s Nicolas Pepe, but you might want to look at selling him for whatever money you can and freeing up his wages.

19-year-old Blackburn wonderkid Dolan offers a cheap rotation option on either wing as well as an exciting option for the future.

He’s seriously quick, with 16 in both acceleration and agility, which combined with his 15 dribbling means he’ll be a nightmare for defenders even at a Premier League level.

Like others on this list, he can grow with you or be sold for a profit if he hits a ceiling. A shrewd pick-up.

This is almost a case of copying and pasting everything good about the Mukiele deal here.

Merino, however, is an even younger and more versatile player.

At 20 years old, he’s a natural throughout the midfield and at right-back so could be an incredibly valuable squad player as you fight across multiple fronts in your first season.

His stats are incredibly well balanced with barely any dropping below 10, with standouts including 14 passing and 15 first touch.

You shouldn’t have to pay more than £5million upfront, and if you’re clever you can get it down to an initial payment of around £3.5million.

Yes yes, we can hear your laughter from here, but follow us for a second.

This list is, rightly, flooded with youngsters who are able to do a job now as well as in the future.

But in your first season, you’ll need someone guaranteed to put the ball in the net if you’ve got your eyes set on the top four. That’s where Yilmaz comes in, who seems tailor-made to become your FM22 Arsenal cult hero.

He shouldn’t cost more than a million pounds and should be an afterthought on the wage bill as well. In return, you’ll get a 6’2″ striker with 17 finishing and 17 off the ball amongst other impressive stats. His physicals aren’t even bad, and he has 16 natural fitness to boot. All at the tender age of 35.

Sign him, watch him succeed and then watch your youngsters take over the following seasons.