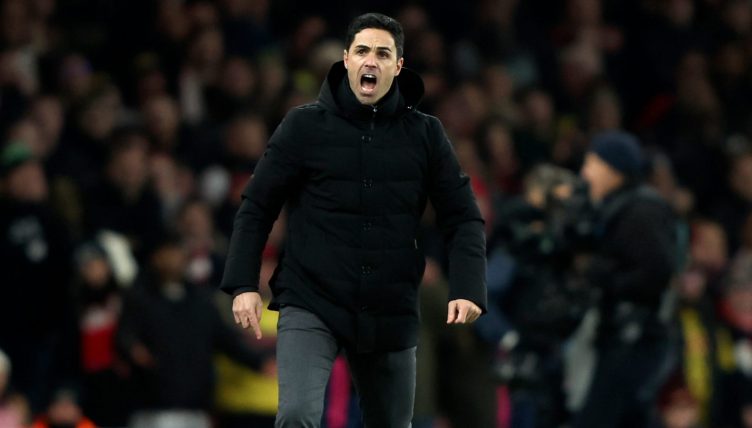 Arsenal took a colossal leap towards the Premier League title after beating Manchester United 3-2 in an epic contest.

The pressure was on Arsenal after Erling Haaland scored a hat-trick in Manchester City’s 3-0 victory over Wolves earlier in the day, a result that meant Arsenal’s lead at the top of the table had been cut to just two points.

But they responded brilliantly, turning up and producing an exceptional performance at the Emirates against in-form Manchester United. Mikel Arteta’s men put in a lively and authoritative performance and were never cowed despite the visitors scoring twice.

It was Manchester United that took the lead through a superb long-range effort from Marcus Rashford in the 17th minute. But it didn’t take long for the hosts to respond, equalising through an Eddie Nketiah far-post header after he drifted in unmarked behind Aaron Wan-Bissaka to convert Granit Xhaka’s cross.

Arsenal then took the lead in early stages of the second half, courtesy of a wonderful strike from Bukayo Saka – before Lisandro Martinez pegged them back on the hour mark.

But Arteta’s men bounced back from the set-back and penned United back for large stages of the final half-hour, eventually finding the breakthrough with Nketiah pouncing in the six-yard box for his second goal of the game – a last-gasp injury-time winner.

There were some hearts in mouths as the goal went to a VAR check, but the goal was given after replays showed that Nketiah – and Oleksandr Zinchenko in the build-up – were just about onside.

“I really enjoyed it. It was a beautiful moment at the end of the match, the way we won it after how much we tried and just kept going and going with our people behind us. It was just beautiful,” Arteta told BBC Sport after the final whistle.

“I think we showed a lot of emotional control because when you go 1-0 down against Manchester United it is very tricky. We managed to come back into the game and it happened at Old Trafford, when you are in total control of the game they scored.

“We stayed focused and I love the personality the players showed to keep playing and keep playing our way and doing it better and better until we found the opening to win the game.”

Here are 12 amazing statistics from Arsenal’s latest big win, which places them five points ahead of Manchester City (plus a game in hand) in the Premier League table.

– The hosts were deserved winners on the balance of chances. Their expected goals (xG) rate was 2.68 to United’s 0.39.

– Arsenal had 63 touches in the opposition box. That’s the most of any team in any Premier League match this season (via @OptaAnalyst).

– Saka is only the third Arsenal player to score in three successive Premier League appearances against Manchester United since Thierry Henry (2000-2001) and Freddie Ljungberg (1998-2000).

BUKAYO SAKA. WHAT A TALENT 🌟🔥 pic.twitter.com/0qKwbHrd95

– Martinez’s second-half equaliser is the first time Arsenal have conceded a headed goal this season.

– Last season Arsenal had the worst record in the Premier League ‘big six’ mini-league, losing seven of 10 clashes against their fellow heavyweights. This season they boast the best record, winning five of their six matches against fellow ‘big six’ opposition so far. 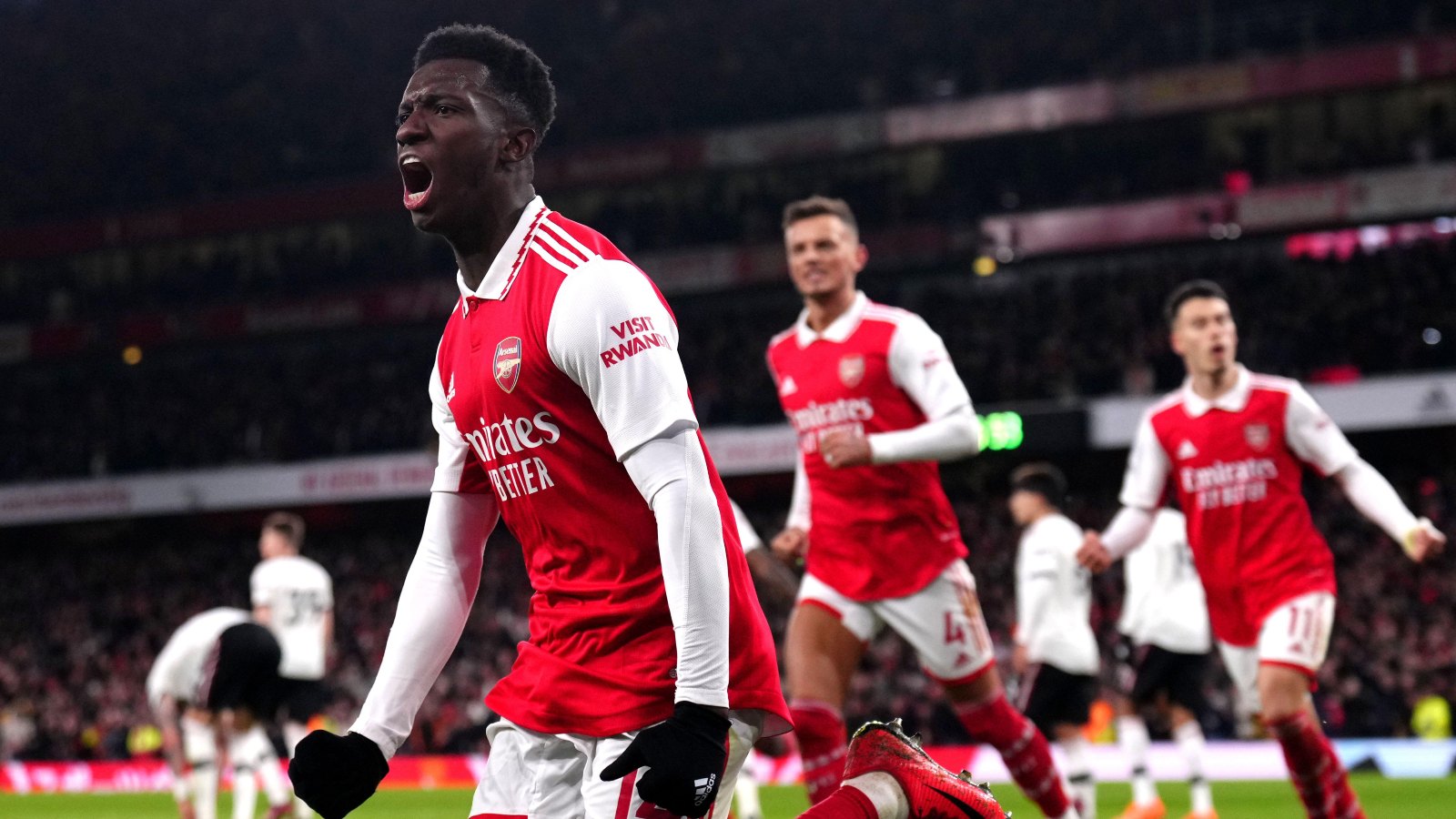 – At the halfway stage of the 2022-23 campaign, Arsenal have dropped just seven points (14 wins, one defeat, two draws) . That’s their best-ever return at this stage of a Premier League campaign. Midway through the historic 2003-04 ‘Invincibles’ season, Arsenal had 45 points – five fewer.

– Arsenal are on track for a 100-point season – which is Man City’s record tally from 2017-18, back when Arteta served as Pep Guardiola’s assistant.

TRY A QUIZ: Can you name Arsenal’s XI from the Battle of Old Trafford in 2003?