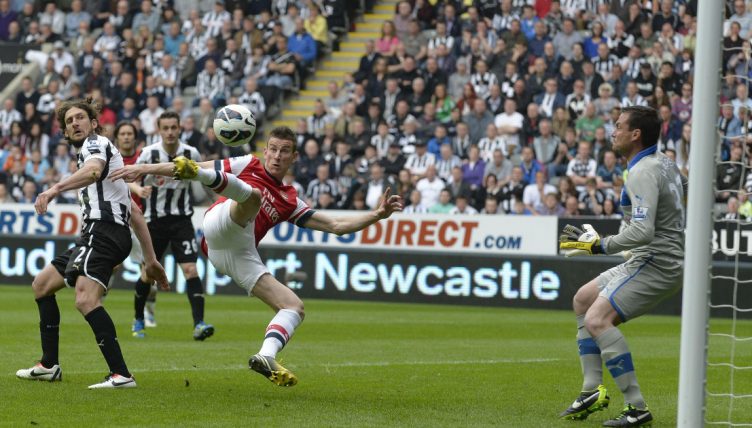 Arsenal and Tottenham have one of the fiercest rivalries in the country and it’s reached another level now that both teams are neck in neck in the league table. With both trying to finish in the top four, every game is crucial, and the race may well go to the final day again.

The two North London clubs are currently separated by two points with five games remaining and have a massive North London Derby at the Tottenham Hotspur Stadium to help decide who will grab that final Champions League spot.

There is plenty of history of close league finishes between the two, often to make the difference between fourth and fifth-place finishes, and Arsenal took great pride in the annual “St Totteringham’s Day” celebration when they would be mathematically confirmed to sit at the top of North London.

Arsenal finished above Spurs for a remarkable 21 years in a row, mostly under the management of Arsene Wenger, but have been below them for the last five consecutive seasons.

We’ve remembered the four occasions since 2000 where it was still all up for grabs between the two clubs going into the final game.

Arsenal had a Champions League final against Barcelona on their minds, as well as the prospect of leaving their beloved Highbury Stadium to move to the Emirates back in 2006.

But there was the small matter of securing Champions League football for the following season with Spurs one point ahead in fourth going into the final day.

What happened next went down in history. Arsenal had to better Tottenham’s result against West Ham and won their final game at Highbury, beating Wigan 4-2 with Thierry Henry scoring a hat-trick.

Spurs meanwhile, had a suspicious bout of food poisoning the night before their game and ended up losing at West Ham, where future Gunner Yossi Benayoun scored a late winner to break Spurs’ hearts.

Jermain Defoe suspected foul play, but no evidence was found at the Spurs hotel in what has become known as ‘lasagne-gate,’ and is still fondly remembered to this day in the red half of North London. 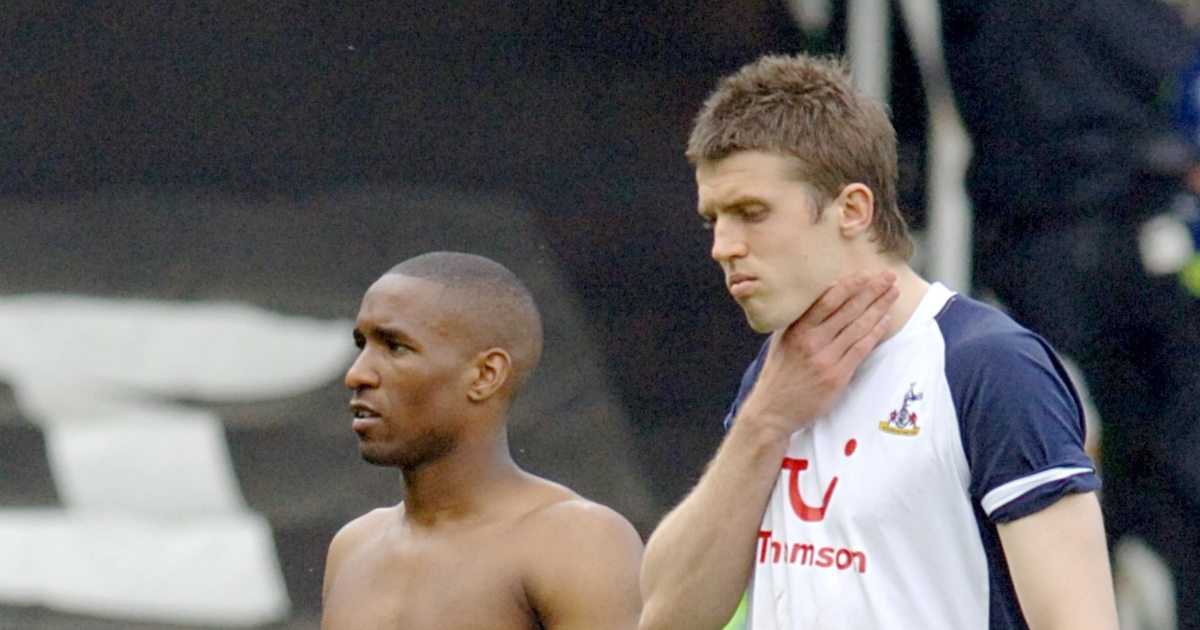 READ: Remembering lasagnegate when Spurs were on for fourth but got the sh*ts

The final day in May 2012 is mostly remembered for THAT Sergio Aguero goal, but there was plenty of drama in the race for North London bragging rights, and despite both teams finishing in the top four, a guaranteed Champions League spot.

Chelsea’s appearance in the Champions League final meant that if they beat Bayern Munich, they would steal the place that would otherwise go to the team in fourth.

Spurs beat Fulham 2-0, and Arsenal had to win to go third.

They did it, but they didn’t make it easy.

Winning 3-2 at West Brom thanks to a goalkeeper error from Boaz Myhill and a winner from Laurent Koscielny and an incredible last-ditch tackle from Kieran Gibbs, meant that Arsenal finished above their neighbours again.

Chelsea winning in Munich meant that as a result, Spurs dropped down to the Europa League despite finishing fourth. Ouch.

This tackle from Gibbs nearly had Wenger in tears and is still remembered to this day.

Huge tackle from Kieran Gibbs for Arsenal vs West Brom on the final match day of the EPL Season, 2011/12👀

Arsenal leading 3-2 in the 90+2min needing a win to secure top 4, UCL football & guaranteed finish at 3rd above Spurs

One season later, it was drama in North London again.

Gareth Bale’s incredible goalscoring antics meant that Spurs looked set to finally finish above Arsenal, but yet again Arsenal had the last laugh.

With the Gunners one point ahead going into the final game, Arsenal had to travel to Newcastle, whilst Spurs faced Sunderland at home.

Yet again Laurent Koscielny scored on the final day, securing a tight 1-0 victory on Tyneside while Bale scored his final goal for Spurs with an absolute screamer which made a fair few Arsenal fans grow grey hairs.

During the second half, Apprentice star and ex-Spurs Chairman Alan Sugar tweeted that it was 1-1 at Newcastle, and there were scenes of jubilation at White Hart Lane, which were then cut short as the Spurs fans realised their mistake.

No one knows why he tweeted that, but it only made it more painful for Spurs and funnier for Arsenal.

Every time something Spursy happens cant help but think of Alan Sugar randomly tweeting "1-1 at Newcastle" and making the entirety of White Hart Lane think they were finishing top 4. Still the funniest ever moment in football for me pic.twitter.com/y2Ey49K2Yo

With Leicester City already confirmed champions, and the two North London clubs having secured a top-four finish, there was nothing on the line apart from bragging rights on the final day as Arsenal hosted an already-relegated Aston Villa and Spurs travelled to an already-relegated Newcastle.

Spurs were above Arsenal ahead of the final game so the Gunners had to better their result to keep their 21-year streak of finishing top of North London going.

Arsenal smashed Aston Villa 4-0, with a hat-trick from Olivier Giroud and a goal on his final appearance for Mikel Arteta, but the even better news was that Newcastle, who were down to 10 men, were somehow 5-1 up.

Arsenal finished one point ahead, and Spurs had just blown the best opportunity to finally finish above their rivals.