All you need to know about Arsenal’s Lino Sousa: ‘So much potential’ 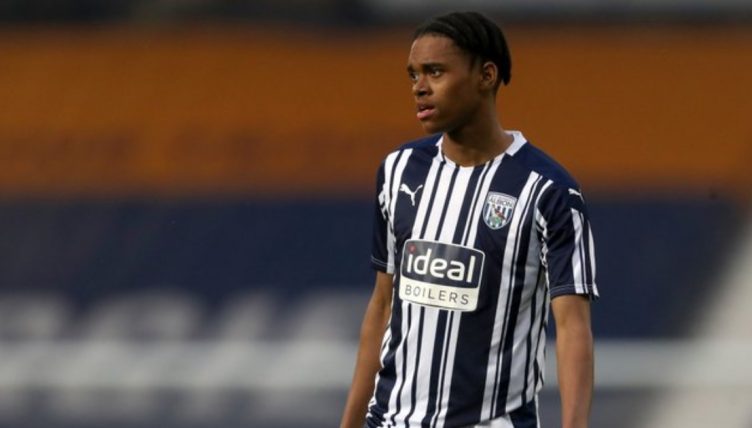 Arsenal have made their first signing of the January transfer window, bringing Lino Da Cruz Sousa to the club from West Bromwich Albion.

Sousa, who was extremely highly thought of at West Brom, reportedly caught the eye of a number of top-flight sides but Arsenal have won the race for his signature.

We’ve brought you the lowdown on Arsenal’s latest signing, who has already begun training with his new team-mates.

Born in January 2005, Sousa was snapped up by local side West Brom at a young age and has worked his way through the youth sides.

The defender, who only turned 16 in 2021, has been playing two years above his age group and scored two goals in 16 Under-18 Premier League appearances last season. He was also part of the West Brom squad that reached the FA Youth Cup semi-finals in 2021.

He even made his Premier League 2 debut in February 2021, playing the full 90 minutes in a 3-2 defeat against Newcastle United’s Under-23s.

Sousa was first called up to an England training camp in March 2020 and has represented the Three Lions at Under-16 level, playing in friendlies against Wales and Northern Ireland in 2021.

But he is also part Brazilian due to his family and would be eligible to represent the Selecao if they called him up to the senior squad before England.

Sousa primarily played as a left-back for West Brom’s youth sides and is renowned for his dribbling ability and close control. He’s also shown incredible versatility, playing as a left centre-back or as a left-winger.

According to Football.London, Arsenal’s academy chief Per Mertesacker had earmarked the left-back position as one particular area where the Gunners needed to strengthen at their academy level.

In regards to the first team, Kieran Tierney has established himself as Arsenal’s first-choice left-back but has often had spells on the sidelines due to injury problems.

Nuno Tavares, who acts as Tierney’s back-up, has had a pretty mixed start to his Arsenal career and was recently subbed off in the first half of their FA Cup defeat to Nottingham Forest.

Third-choice left-back Sead Kolasinac also looks set to leave the Gunners on a free transfer at the end of the season.

Sousa will undoubtedly spend time working on his game in the Arsenal academy but could look at making his senior debut in the next two years.

“Lino’s an athletic full-back, reads the game well, has a lovely left foot and it’s not often a 16-year-old plays an entire season with the 18s, but that’s credit to him because he has so much potential,” West Brom Under-18s manager Peter Gilbert said in 2021.