A detailed analysis of 6 Lacazette replacements Arsenal could sign 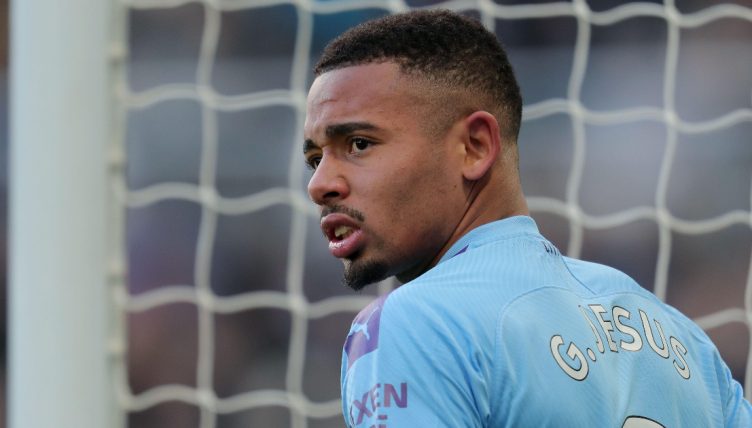 Alexandre Lacazette has departed Arsenal on a free transfer five years after joining for £52million from Lyon, and, after Pierre Emerick Aubameyang left in January, Arsenal are in desperate need of at least one striker to add firepower to their attack.

With Eddie Nketiah set to sign a long-term deal after his late-season explosion into life, the ideal window for Mikel Arteta would see at least two players capable of scoring goals join the club.

Depth and quality up front has been a huge issue for Arsenal over the past two seasons. Lacazette scored just four goals in 30 league games in 2021-22, while Aubameyang was shipped out having managed just four goals by December.

Mikel Arteta is yet to sign a striker as a manager – to date, his only attacking signings have been Martin Odegaard and Willian – so this is a new challenge for the 40-year-old to tackle.

After narrowly missing out on Champions League football to rivals Tottenham, making a marquee signing may prove tough, but with Lacazette and Aubameyang off the wage bill as well as Nicolas Pepe potentially leaving this summer, there are funds available to secure a goalscorer.

Arsenal scored just 61 league goals last season, and Bukayo Saka tallied the highest with 11 strikes. When looking over at the noisy neighbours and seeing Heung-Min Son and Harry Kane score 40 between them, the need for a top-quality forward becomes even greater.

We’ve compared six possible centre-forwards Arsenal could buy this summer, based on who the Gunners have been linked with, and taken a look at how each one could fit in, with stats courtesy of FBRef.

The Brazilian Manchester City forward is rumoured to be top of Arsenal’s striker list and with good reason.

The 25-year-old wants to leave City now that Erling Haaland and Julian Alvarez are joining and, with the World Cup coming up, he reportedly wants to be the main man up front.

Capable of playing on both wings and through the middle, Jesus scores 0.44 non-penalty goals per 90 minutes, ranking him in the top 10% of all strikers in Europe’s top five leagues.

In addition to goals, his all-around play is phenomenal. While he may not have the physical presence upfront of someone like Olivier Giroud, he does win 0.93 aerial duels per 90 minutes, ranking him in the top 30% of strikers.

His speed, technique and movement all make him dangerous going forward, and with 95 goals and 46 assists in a City shirt, he is the most reliable option Arsenal could go for to be their main man.

However, Jesus has previously stated that he prefers playing on the wing than through the middle. While this wouldn’t necessarily be a problem, it may mean that Arsenal need to sign another centre-forward in addition to Jesus.

“I feel comfortable out wide and can help my team-mates and my team. I can make runs in behind, control the ball, make passes, make crosses, help in defending. As I say, I feel comfortable there,” Jesus stated in October.

“I didn’t start to play as a winger just this season. I have played with the national team there for two years. I started to play in the first team of Palmeiras as a winger as well and I played sometimes when I arrived here as a winger as well. So I think I’m okay there.

“I can make runs in behind, control the ball, make passes, make crosses, help defend so it’s all good and suits my game.”

Given that it would reportedly take a fee of £90million or more to sign the Nigerian striker from Napoli, this would be an incredibly tough deal and one which Arsenal may not be able to pull off.

Osimhen joined Napoli for around £65million in 2020 and has since scored 28 goals in 62 games.

While his finishing ranks above Gabriel Jesus, with 0.70 non-penalty goals per 90 minutes, he performs lower outside the penalty box, ranking in the bottom 5% of all strikers in terms of passes completed.

One of the reasons Aubameyang did not suit Arteta’s system was his ineffectiveness in build-up play. Although Osimhen is more dynamic, he may have the same limitations as Aubameyang outside of the box.

His intelligent movement and coolness in front of goal would make him an interesting option for a lot of sides, but also represents a massive gamble on a signing that Arsenal cannot afford to get wrong. 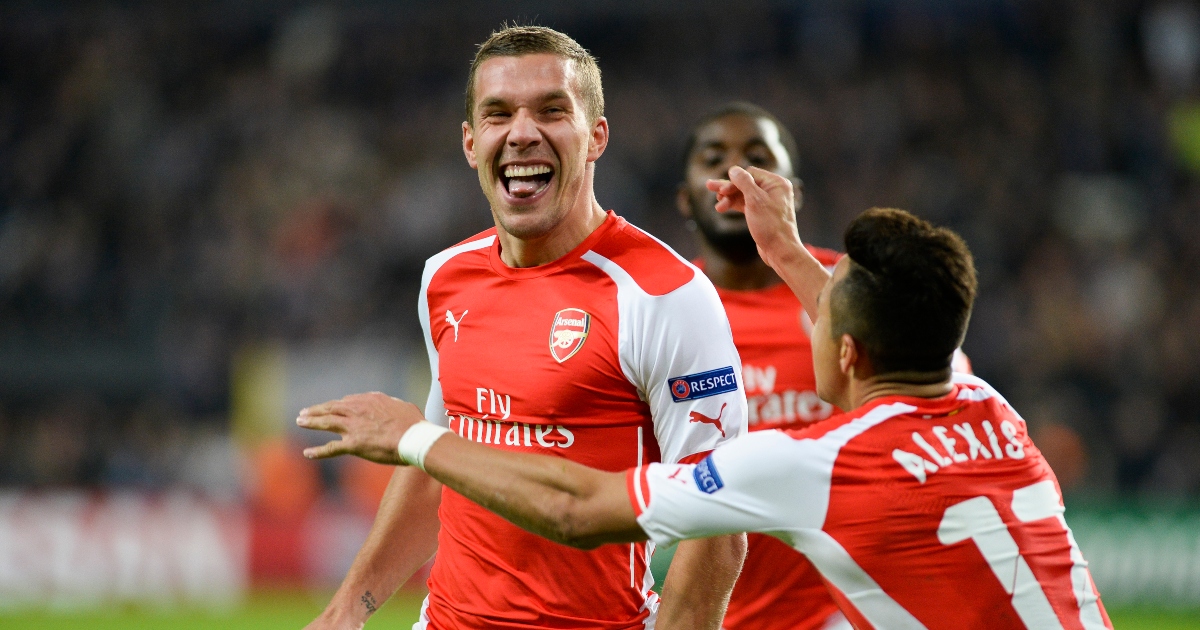 The Everton striker was reportedly one of Arsenal’s top targets after a successful season under Carlo Ancelotti in 2020-21, when the England international scored 16 league goals.

While he would provide an aerial threat and physical presence up front that the likes of Jesus or Nketiah wouldn’t, the 25-year-old is coming off the back of an injury-plagued, disappointing season, with just five goals in 17 appearances.

Calvert-Lewin wins 6.8 aerial duels per 90 minutes, putting him in the top 5% of all strikers in Europe, but the rest of his game leaves a lot to be desired.

With rumoured prices around the £60million mark, it would be very surprising to see Arsenal pay a premium price for a player whose best work often comes outside the opposition box.

Many thought Arsenal had missed a great opportunity when Tammy Abraham joined Roma from Chelsea for just £40million in the summer of 2021.

Still just 24, with plenty of Premier League experience and goals under his belt, he would have fitted last season’s youthful transfer strategy to a tee.

Abraham has been a roaring success in Rome – he scored 26 goals in all competitions and helping Roma win the Europa Conference League – and is flourishing after being given a proper chance to showcase his talent.

With incredible athleticism and strong finishing ability, as well as ranking well in progressive passes and touches in the penalty area, Abraham fits the archetype of what Arteta’s ideal striker looks like.

The England international’s non-penalty xG of 0.53 per 90 minutes ranks him in the top 7% of all strikers in Europe, and his off-the-ball work highlights his effectiveness in the build-up, ranking well for tackles and clearances.

The main problem is whether a deal can be done. A large fee would be needed to bring Abraham back to England, and Chelsea reportedly inserted a buy-back clause as part of the deal that took to Rome. 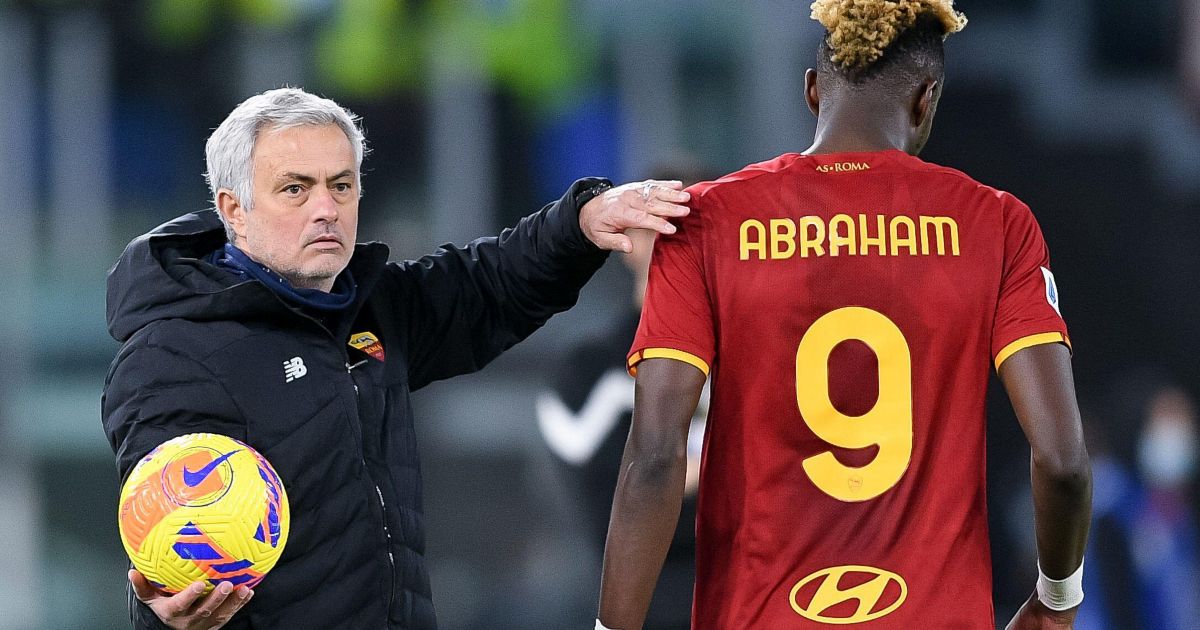 The Italian international has been the subject of recent interest from Arsenal and Manchester United among others, and the 23-year-old is coming off the back of a season where he scored 16 Serie A goals for Sassuolo.

His 0.63 non-penalty goals per 90 minutes place him in the top 7% of all strikers. But he is far from a poacher in the mould of Nketiah: his goals come with great variety, with four of his strikes coming from outside the box and six coming from inside the six-yard box.

However, something that may be of concern is that Scamacca has overperformed his xG by 4.87, suggesting he may not continue to score at such a rate.

The upside of this is that he is clearly a lethal finisher, and some of his long-range efforts would certainly get the Emirates crowd off their feet.

It’s goals like this that has some dubbing Scamacca as Italy’s Ibrahimovic.
An amazing signing if Inter can pull it off.pic.twitter.com/tlnsnkTkSI

Everyone was keen on the Sweden striker after his outstanding performances at Euro 2020 which included a single-handed domination of Spain, but the Real Sociedad forward has had an inconsistent season in La Liga.

Six goals in 32 matches does not exactly scream ‘deadly centre-forward’, and his passing volume leaves a lot to be desired, with his 19.22 passes per 90 minutes ranking in the bottom 20% of all forwards in Europe’s big five leagues.

Isak would often lead the line on his own with top creators Mikel Oyarzabal and David Silva providing creativity or would start in a front two alongside Alexander Sorloth, but it was a poor personal campaign for the 22-year-old.

However, one aspect of his game which stands out above everyone else is his dribbling. As a striker Isak completes 1.87 dribbles every 90 minutes, placing him in the top 5% of strikers in Europe.

Even when he doesn’t score or assist, he has the ability to cause defenders nightmares while stretching play, which would be an invaluable asset in big away games when Arsenal struggle to keep the ball.