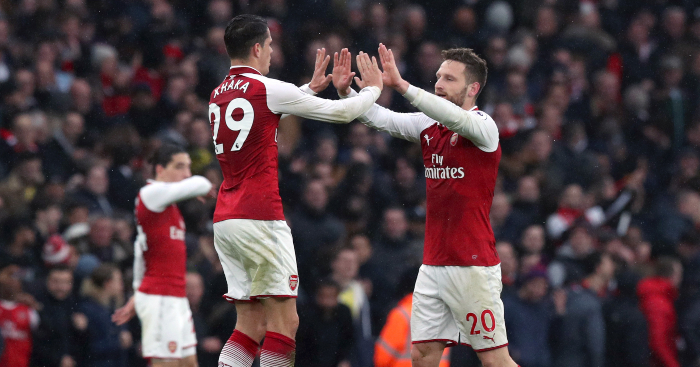 Arsenal‘s decade has been permeated by a constant collective angst at the Emirates, and their 10 most expensive signings of the decade go a long way to explaining why.

Despite not breaking the bank as often, and to the extremes, as some of their top six rivals, Arsenal have still managed to sign some pretty good players…and some stinkers too.

We’ve taken a look back at their 10 most expensive signings of the decade.

For the first few months of Torreira’s debut campaign in Premier League, the Uruguayan looked to possess everything Arsenal’s midfield have lacked in recent years: grit, bite and relentless energy. His performance in the 4-2 north London derby victory last December suggested the Gunners had found their new lynchpin.

But then he sort of disappeared from the team; reports suggested he had struggled to settle in England and quite fancied a move to Milan, Unai Emery tried to convert him into a No.10, he cried when Granit Xhaka told fans to “f*ck off” during ugly scenes at the Emirates.

He has, however, started both of Mikel Arteta’s games in charge in a more familiar central midfield role, which suggests there may be a chance for Torreira to get back to his best with the Gunners.

Arsenal’s eighth most expensive signing of the decade is yet to play for the club but is already being linked with a move to Real Madrid due to his performances back on loan at Saint Etienne.

Recent reports suggest Mikel Arteta wants to recall the centre-back in January if possible, which would probably be a good idea.

It’s nice to remember Sanchez at Arsenal, the one-man swarm of wasps that terrorised opposition defences and p*ssed off his own team-mates.

Arsenal’s player of the decade?

We don’t want to get into this.

We just feel sorry for him by this point. Arsenal’s most tragic player of the decade?

Probably Arsenal’s most polarising player of the past 10 years, Ozil has nevertheless provided the second most assists in Europe’s big five leagues, behind only Lionel Messi, this decade.

Admittedly, three of those seasons were spent at Real Madrid, but the playmaker has still provided plenty of moments of magic at Arsenal.

Seventeen and 19 goals in all competitions in his first two seasons at the club, Lacazette has probably been worth it for his buddy-cop duo act with Pierre-Emerick Aubameyang alone, although there remains doubts as to how the two players fit in the same team together.

Aubameyang is a month away from his two year anniversary at Arsenal and is already just one goal short of breaking into their top 10 Premier League goalscorers.

Only Thierry Henry has a better goals-per-game ratio in the competition than the Gabon international. He’s really good.

Aubameyang has more #PL goals since his debut in February 2018 than any other player (45)#ARSCHE @Arsenal pic.twitter.com/7NW6CU06qF

Potentially one of the most fun players in the Premier League, if his nutmeg on Ben Mee is anything to go by, but Pepe’s arrival while the club was in the midst of its nervous breakdown towards the end of Unai Emery’s tenure means we haven’t seen enough of the winger at his best.

He may have played under more Arsenal managers than he has scored Premier League goals, but Mesut Ozil is the only Arsenal player to create more chances in the league this season, while Pepe has also completed more dribbles than any other team-mate.