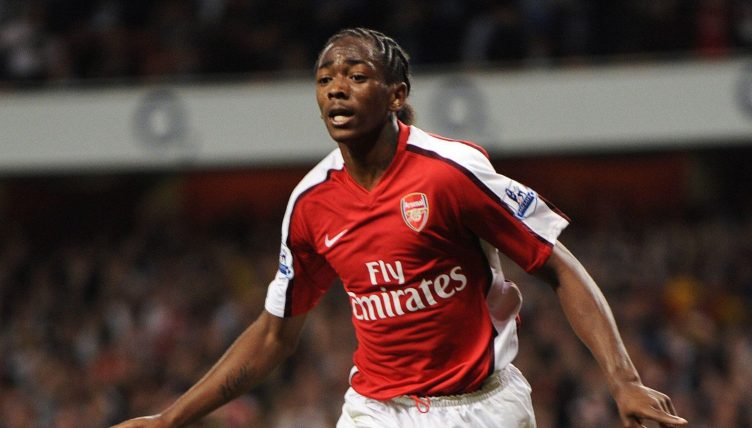 Arsenal had a long list of amazing goalscorers under Arsene Wenger, but only a few players were able to score on their debut.

The Frenchman took over in 1996, winning three Premier League titles and seven FA Cups before stepping down 22 years later.

Here’s every Arsenal player to score on their competitive debut during Wenger’s reign at the club, and how they fared afterwards.

Mendez was signed from non-league German team FC Feucht in 1997, coming on as a substitute to score the fourth goal in a 4-1 win over Birmingham City in the League Cup.

However, he only made another 10 appearances for the club over the next five years and was sold to Spanish outfit Racing Ferro in 2002.

Mendez then returned to the German lower leagues and announced his retirement after a brief spell with SpVgg Weiden in 2010.

Ljungberg joined Arsenal in 1998 and introduced himself to the Gunners fans by scoring in a 3-0 win over Manchester United on his debut.

That proved to be his only goal in his debut season, but the former Sweden international went on to win three FA Cups and two Premier League titles during his nine years in north London.

Last 5️⃣ to score on their @premierleague debut for us?

Well done to those who got it 🙌 pic.twitter.com/rZcFAymPoy

Malz arrived at Arsenal in 1999 and scored on his debut against Preston in the League Cup, but he was never able to establish himself as a first-team regular.

The midfielder made a grand total of eight appearances in all competitions before returning to Germany with Kaiserslautern in 2001.

Gilberto’s performances for Brazil in the 2002 FIFA World Cup caught the attention of Europe’s biggest clubs and Arsenal won the race for his signature.

The midfielder made his Arsenal debut as a substitute against Liverpool in the second half of the Community Shield and scored the winning goal.

He played an instrumental role in their Invincibles season before leaving for Greek club Panathinaikos in 2008.

Karbassiyoon was signed from amateur club Roanoke Star in 2003 but had to wait over a year for his first-team debut.

He came on as a substitute against Manchester City in the League Cup and took his chance, scoring the winning goal in a 2-1 victory.

The left-back only made another two appearances for the club, both in the League Cup, and was released in 2005.

Serious knee problems forced him to retire in 2007 at the age of 22, and he now works as scout for Arsenal in North America.

Adebayor joined Arsenal in January 2006 and made an immediate impact, scoring after 21 minutes on his debut against Birmingham.

He scored 62 goals in 142 appearances for the Gunners before completing a controversial £25million move to Premier League rivals Manchester City in 2009.

The 38-year-old has since had spells at Real Madrid, Tottenham, Crystal Palace, Istanbul Basaksehir, Kayserispor and Olimpia and is remarkably still playing for Togolese side Semassi.

Nasri left Marseille for Arsenal in 2008 and made his debut against West Brom, scoring the game’s only goal after four minutes.

The Frenchman became a fan favourite during his three years at the Emirates but became an unpopular figure by following in Adebayor’s footsteps by signing for Manchester City.

He won two Premier League titles at City, but fell down the pecking order under Pep Guardiola and retired after short spells at West Ham and Anderlecht.

Vermaelen scored the second goal in a 6-1 win over Everton on his debut and was later named in the 2009-10 PFA Team of the Year.

However, his Arsenal career was hampered by a series of injury problems and the centre-back moved to Barcelona in 2014.

His terrible luck with injuries continued in Spain and the 34-year-old signed for Japanese side Vissel Kobe five years later, spending two years there before retiring.

Watt came through the Arsenal academy and scored against West Brom in the League Cup on his first-team debut in 2009.

That’s as good as it got for the forward as he only made another two appearances for the Gunners before being released in 2013.

He was last seen playing for Wealdstone in the sixth tier of English football.

Kolasinac scored a late equaliser against Chelsea in the 2017 Community Shield as Arsenal went on to win 4-1 on penalties.

After an eye-catching start to life at Arsenal, the left-back faced several spells on the sidelines and failed to establish himself as first-choice in his position.

He was loaned out to old club Schalke for a bit and got relegated from the Bundesliga, and now, like most players Arsenal don’t want anymore, he’s at Marseille.

What a start to life at his new club! 💪 pic.twitter.com/q0droKG0Zk

Aubameyang was Wenger’s last signing as Arsenal manager, and the striker hit the ground running with a goal on his debut against Everton.

He went on to get 92 goals in 163 games, pretty much single-handedly winning the FA Cup in 2020. But he eventually fell foul of Mikel Arteta’s non-negotiables and was shipped off to Barcelona.

READ NEXT: Where are they now? The last 10 Arsenal players sold by Wenger