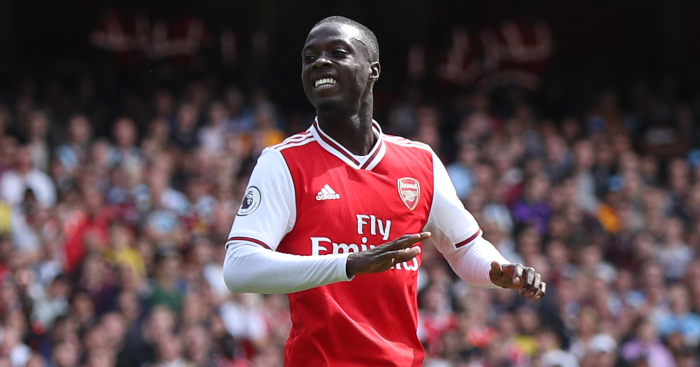 Arsenal have had an underwhelming season and are currently ninth in the league – but there have still been some signs of encouragement.

The Gunners have made a promising start to life under Mikel Arteta, while a few players have been producing impressive displays for much of the campaign.

With the league suspended at 29 games, we’ve looked at Arsenal’s best performers in different key areas. It should be noted that a player has to have made at least four Premier League appearances this season to be included. All stats given are their average per 90 minutes.

Unsurprisingly, Pepe leads the way for successful dribbles per 90 minutes in the Arsenal squad, although the winger only completes 56.9% of his overall dribbles.

The Gunners have talent coming through too, with Willock and Nelson second and third behind Pepe in terms of completed take-ons.

Ozil has been criticised for his performances this season, but the German has still created more chances than any other Arsenal player in the Premier League this season with 2.3 per 90.

As well as being the most prolific dribbler, the stats show that Pepe is also one of Arsenal’s most creative players. His 1.9 key passes per 90 have led to six assists in the Premier League – no Arsenal player has provided more this term.

Lacazette may be struggling for goals so far this season, but it’s not for a lack of trying with an average of 2.7 shots per 90 minutes in the Premier League.

Aubameyang is currently Arsenal’s top goalscorer, with 17 league goals from 2.5 shots per 90 minutes, while Pepe is in the top three once again.

Despite being a striker, Martinelli isn’t afraid to get involved in the other side of the game, with Willock the only Arsenal player to complete more tackles per 90 minutes.

Arteta has been dealt a blow with the news that Torreira is set to miss the rest of the season (well, depending on when it finishes) due to an ankle injury.

Mustafi has often been a scapegoat at Arsenal, but the defender has shown signs of turning a corner under Mikel Arteta.

The German has won significantly more aerial duels than any other Arsenal player in the Premier League this season, with 5.4 per 90.

As well as leading the way in aerial duels, Mustafi also makes 7.1 clearances per 90 minutes in the Premier League, 3.0 more than second-placed David Luiz.

"In fairness [to Mustafi] I do think he has shown a lot of character and personality in coming back into the team because when you make those kind of errors, I sensed a bit of fear around him. So all credit to Arteta for giving him another opportunity."

Sokratis is always willing to put his body on the line to help his team and that is backed up by the stats, with 1.3 shots blocked per 90 minutes in the league this season.