Arthur next? The five Brazilians to play for Newcastle & how they fared 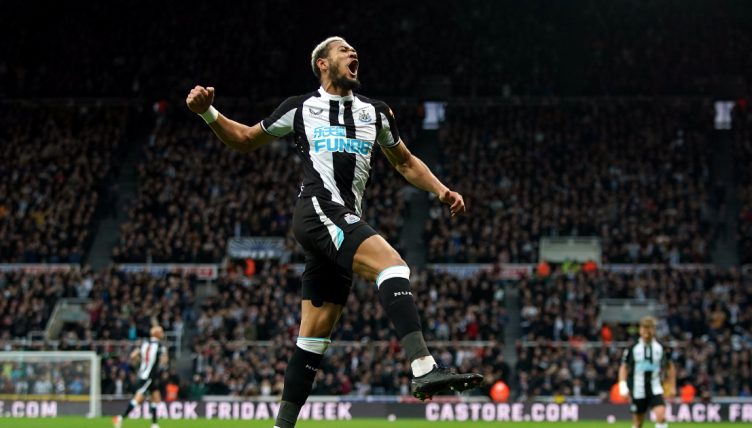 Barcelona, Juventus, and now… Newcastle? Along with the Europa League group stage draw in a few years time, that might also be the career trajectory of Brazilian midfielder Arthur Melo who has been strongly linked with a move from Turin to Tyneside and Premier League football.

The 25-year-old midfielder is a Brazilian international and moved to Juventus as part of a swap deal with Miralem Pjanic going to Barcelona.

But Arthur has struggled for game time this season under Massimilano Allegri and rumours have begun to circle about newly-rich Newcastle swooping in for him as a marquee signing.

Yet he would not be the first of his countrymen to make St. James’ Park his home. Here are the other five Brazilians who have played for Newcastle United.

Under Eddie Howe, Joelinton will be hoping to find his shooting boots for the Magpies with reports suggesting Newcastle’s new manager is a big fan of the Brazilian striker.

It has been a mixed time at Newcastle for the Brazilian since he arrived on Tyneside from Hoffenheim for almost £40million.

The primary aim of a striker is to score and there is no way around the fact he hasn’t been doing so, with just seven goals since he joined.

But the Brazilian is still appreciated by fans for his clear talent and desire to improve, especially as he has begun to play deeper.

Notably, he works individually with an agency, analysing his game and identifying where he can improve.

His time at St. James’ Park seems to not be over yet.

I'm loving this from him – the Eddie Howe effect. #nufc pic.twitter.com/vcqJR7RFuz

Kenedy is one of Chelsea’s perennially on loan players and one of the stops on his world tour was Newcastle, whom he played for from January 2018 until the end of the 2018-19 season.

His two goals and two assists in the first half of 2018 made him a priority for Newcastle the following summer and whilst they successfully held on to him for another year he failed to impress much, with just one goal and assist across the entire season to his name.

He was part of the Flamengo team that lost in the Coppa Libertadores Final to Palmeiras, the fifth team he has been loaned to by Chelsea where he remains under contract until 2023.

Still, he’ll always have that Southampton game where he scored a brace.

With Lyon, Cacapa became a French champion six times between 2001 and 2007 but he would have a slightly less trophy-ladened time with Newcastle.

He joined the North East club upon the expiry of his contract with Lyon and was in and out of the side for two years, not playing at all in 2009 due to injury.

Leaving upon the expiry of his contract when the Magpies were relegated, he returned to Brazil with Cruzeiro then helped Evian get promoted to Ligue 1 for the first time back in France and then finished up his career with a short stint at Brazillian club Avai.

I supported Newcastle when….

Sam Allardyce thought it would be a good idea to sign free agent, Claudio Cacapa.

Famously hooked off after 18 mins v Pompey at SJP.

A true Journeyman, Fumaca played for 14 clubs in his career with five in England.

He had a bizarre arrangement by which he remained contracted to his first club, Brazilian side Catuense, but was loaned out on various short term deals to English sides as he tried to find a club that would pay the money for him due to his insistence on playing in England despite offers from elsewhere.

One of those clubs was Newcastle, for whom he made five senior appearances. He is regarded as one of the club’s worst-ever players, his performances labeled akin to Ali Dia’s. Unsurprisingly he was released at the end of the 1999-00 season, having been left out completely when he was one appearance away from triggering a transfer.

He played for a Czech side in 2005, before touring around Germany. That included two stints with Turkiyemspor Berlin where he finished his career and had his most successful period, if you could call it that.

After nearly a decade of playing for a variety of Portuguese and Brazilian sides, striker Mirandinha arrived at St. James’ Park in 1987 and would play for two years at his one and only English club.

He cost the Magpies £575,000, the deal arranged by former player Malcolm MacDonald, and arrived from Palmeiras to great fanfare. With over 300 goals in Brazilian football, he became the first Brazilian in English footballing history when he pulled on the black and white stripes of Newcastle, an extremely impressive achievement.

Forming a dangerous partnership and friendship alongside Paul Gascoigne he scored 13 in his first season in England but when Gazza left for Spurs he struggled in his second season and when new manager Jim Smith came in with his own players it marked the end for the Brazilian.

He has now managed 24 clubs in a long journeyman career that has stretched beyond his playing days.

Features an excellent cameo from Malcolm Macdonald, toasting the deal with a fine cigar.