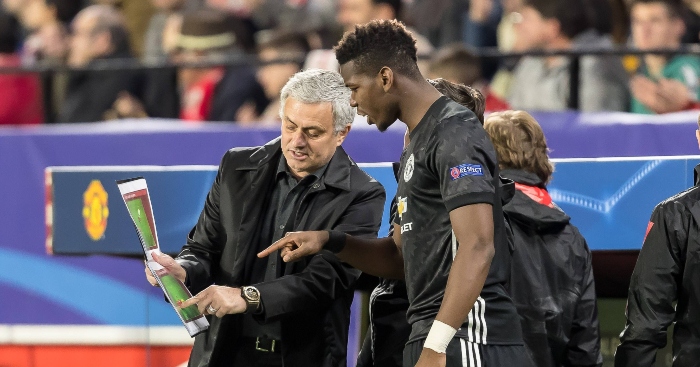 José Mourinho is the new Tottenham manager – and the usual commentary about his transfer practices has quickly begun.

There’s a sense that a lot of his recent buys have followed a recognisable pattern: success for a couple of years, if that, and then a burden on the wage bill.

However, if we look at all players the Portuguese bought Manchester United and in his second spell at Chelsea, that isn’t always the case.

Mourinho’s teams brought more than 30 players in those six windows, but we’ve only focused on those he signed for the first team.

We don’t need to bother ourselves with third-choice goalkeepers like Lee Grant and Marco Amelia, or players like Nathan and Danilo Pantiić who clearly weren’t signed to compete straight away.

Also on the sidelines are those who, for whatever reason, played fewer than 10 league games. Michael Hector and Marco van Ginkel – that means you.

Fred cost £52million from Shakhtar Donetsk in 2018 but didn’t ever seem to get much of a chance last season, a peripheral figure on the sidelines before and after Mourinho’s sacking.

The Portuguese right-back has played far more under Mourinho’s successor than Mourinho himself and isn’t the only man on this list to whom that applies.

Dalot started his compatriot’s final game at United, but that was only his third league start. He played a further 17 games last season, but this year he has been limited to 240 minutes in all competitions following the arrival of Aaron Wan-Bissaka.

The Chilean fits perfectly into the stereotype of Mourinho’s favoured type of signing in recent years: proven quality and experience, but question marks over whether their best days are behind them.

Signed on big money from Arsenal, and already loaned out on the grounds that no one would pay actual money for him, Sanchez played 45 United games and scored five goals.

An expensive United signing who saw his form fall away and ended up joining Inter? Where have we heard that before?

At least some of Lukaku’s form actually came at Old Trafford. And at least the club got a fee for the Belgian, recouping most of the £76million they originally paid for him.

He looked so good for those first few weeks, but then… well, we know what happened next.

Matic has played 160 Premier League minutes this season, and even that feels like too many.

The Sweden international hasn’t always been brilliant for the Red Devils, but he’s still a decent player with a future in the game.

His short spell with United was better than anyone might reasonably have expected at the age of 35, before a knee ligament injury cut his season short.

There’s an argument that his arrival stunted the development of some of the forwards already on their books, though. Anthony Martial is only just getting back to where he was before Zlatan got in his way.

We prefer not to speak. If we speak, we are in trouble.

Voted Bundesliga player of the season in 2015-16, Mkhitaryan only ever showed occasional flashes of what he’s capable of in a United shirt, and it’s been a similar story at Arsenal since. For whatever reason, it just hasn’t happened for him in England.

Oh yeah, we remember him!

Out of contract this summer; signed for £32million. Last played a full 90 minutes in February.

The last of Chelsea’s Mourinho signings to reach the 10-game mark, Kenedy made only one league start under the manager who signed him.

Still, he did score against Mourinho’s United for Newcastle.

One of the signings in Mourinho’s final Chelsea window, and he’s still there, contributing regularly.

A definite mark in the good box.

Best known for being on the pitch for the Eva Carneiro dispute, which feels like a lifetime ago.

A fantastic, exciting, attacking player comfortably the right side of 30. Big things were expected of the Colombian at Stamford Bridge, but it just never worked out for him.

Four starts, followed by two years out on loan and a sale at a loss. Not ideal.

The fact that Mkhitaryan hasn't been great under Mourinho hardly means he's a bad player. Tbf attackers not rated by Mourinho tend to do quite well afterwards (De Bruyne, Salah, Lukaku, Cuadrado)

Now at Lille, but didn’t play for the French club in their Champions League meeting with Chelsea. Presumably because it would have been unfair to remind Blues fans of that time in the club’s history.

A club legend on a free, as a back-up. We’ll allow it.

Nice of Mourinho to sell the defender back to Atlético Madrid for the same amount Chelsea initially paid, in a tacit agreement to pretend the original move never happened.

It looks like the club chose the right time to offload him, too, given he’s barely done anything on his return to Atletico.

The Spaniard was on the other side of the Madrid-Barça divide during the most heated years of their rivalry, but he saw past that to sign for Mourinho’s Chelsea in 2014.

That worked out well for both of them. He was particularly brilliant in their title win of 2014-15 title win, registering 18 assists.

Like many others, he gradually moved onto the periphery and wasn’t quite as fancied by Antonio Conte.

Mourinho used Zouma as a youngster, and his successors loaned him out to Premier League teams.

I know it sounds like we’ve got that the wrong way round, but it’s true. He’s now doing well back at his parent club.

He was already 32 when he signed. That’s bad.

A terrific signing who has given the club several years of service and is still there. One of Mourinho’s best.

Just wait for Mourinho to take him to Spurs in January.

That goal against Burnley was nice, wasn’t it?