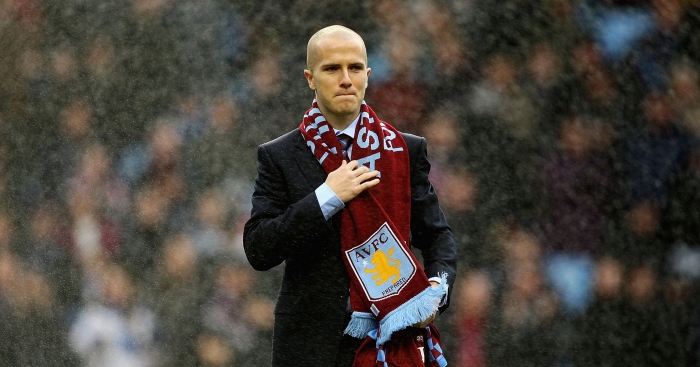 Aston Villa have long tested that eternal weird signings question: was he weird, or was he just bad?

The Midlands club had many who fell into the latter category during their time in the Premier League, and a fair few more since their relegation in 2016, but these are the weirdest.

An honourable mention goes to Alex McLeish, not a weird addition to the playing staff but surely as weird a managerial appointment as they come after relegating rivals Birmingham City the season before he rocked up at Villa Park.

It can be a smart move for managers to stick with players they know and love, but it might have helped Martin O’Neill to question why Agathe was so readily available in 2006.

He managed fewer than half a dozen games – so much for thinking they’d found Agathe in the market. No? Well, we thought it was funny.

Not the only non-playing goalkeeper to arrive at Villa Park, but one of the most non-playingy. Is that a word? Doesn’t matter.

Signed from Arsenal as a 25-year-old, Taylor made 17 appearances in four years with the club, which sounds low until you realise he made just 18 in nine years after leaving. 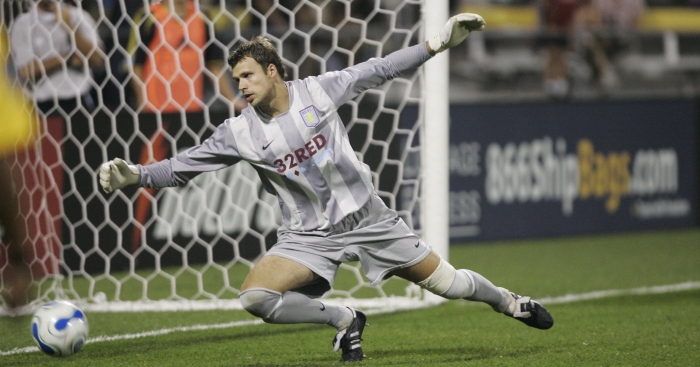 There are times at which it would have made some sense to sign Philippe Senderos, and others when he might have been worth a punt.

When Milan loaned the defender from Arsenal in 2008, only to give him fewer than 20 games, you could at least see what they were thinking. When Everton gave him even fewer on loan the following season, you gave them the benefit of the doubt.

When Fulham signed the Swiss international permanently, you could write it off with the explanation that it was Fulham doing Fulham things.

Aston Villa signed Philippe Senderos in 2014. After Milan, after Everton, after Fulham and after a spell at Valencia which even Senderos himself isn’t sure happened.

If Villa wanted to bring in the most Australian looking man ever, they struck gold with Holman. If, however, they wanted someone capable of contributing to their first team, they were out of luck.

In fairness to the former Feyenoord man, he absolutely nailed the Sydney_Man_In_Sports_Gear.jpg stock photo aesthetic. He was the first of a number of confusing signings around this time, and we’ll get on to one or two of the others later. 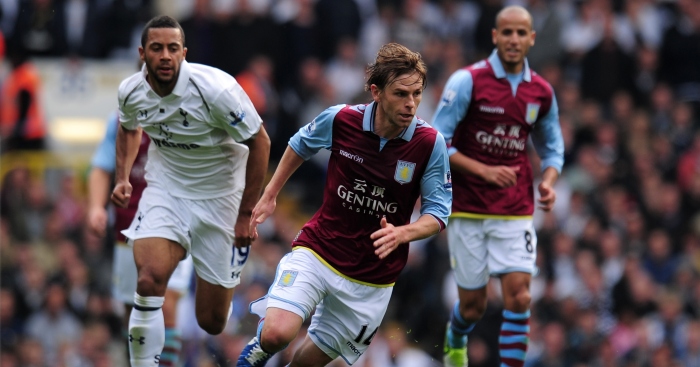 Remember when Villa had the resources and prestige to sign real footballers capable of performing in the Premier League and then decided to just, y’know, not bother playing them?

Bradley arrived in the same window as Jean II Makoun, who on reflection is unlucky to miss out on this list. The USA international, who already had 50 caps when he arrived from Borussia Mönchengladbach on loan, racked up 99 minutes in claret and blue before going on to become a starting midfielder in Serie A for two separate clubs.

The ‘Sali… Salifou’ chant – to the tune of ‘Daddy Cool’ – may have got more Premier League minutes than the player himself. And yet he remains a cult hero in the Midlands, despite failing to earn a single league start in his four years with the club.

Dawkins is already in our round-up of Tottenham’s weirdest signings, but that’s no reason to omit him from another list.

Cynics might say a 25-year-old who had yet to make his Premier League debut despite being on Spurs’ books for several years might not ever be ready, but Paul Lambert liked to try proving people wrong. Sure, he rarely succeeded in doing so, but still…

Another for the ‘maybe they should have taken the hint’ pile, handing Cole a £20,000 per week contract after his release in 2014 was like buying someone a DVD player for Christmas in 2018.

Cole was once a great player. But when even West Ham weren’t prepared to keep their former captain around it probably ought to have set off some alarm bells. 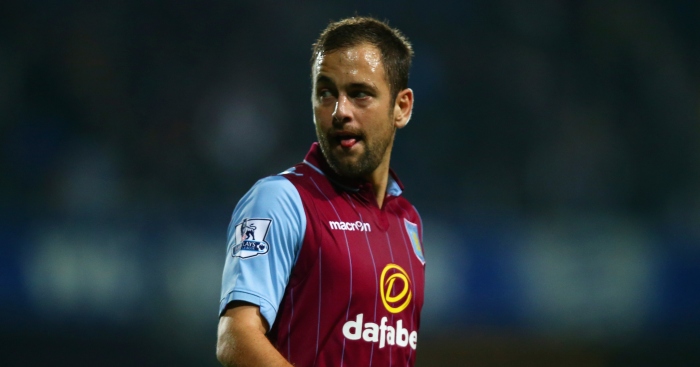 Is it weird to sign someone just because his surname rhymes with the name of the club? Not always, but also yes.

Signing Djemba-Djemba after that Manchester United spell seems a bit odd, until you realise he was brought in to get the best out of Mathieu Berson. At that point, it seems a bit odd.

French midfielder Berson played much better with Djemba-Djemba at Nantes than he did without him at Villa. Or with him at Villa.

Villa loaned him out for his second season and didn’t even have the good grace to bring him back for another run of games, denying us the headline “This time it’s Bersonal”. Selfish, really. 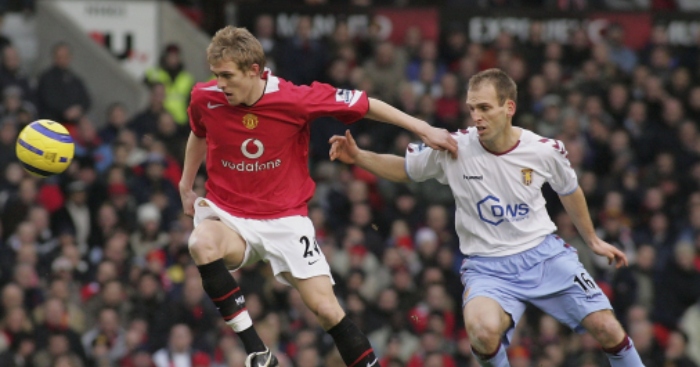 Did Roma know Bartelt would be arrested over allegations of falsifying his passport when they loaned him to Villa? Who knows, but if you’re going to lay low without fear of detection then a Premier League team’s reserves is as good a place as any.

The Argentine striker was eventually acquitted over his alleged involvement in a fake passport scandal, but his time at Villa saw him play no football after being accused by manager John Gregory of treating his stint “like a holiday”.

In fairness to Bartelt, he might have been worried about how easy it would be for him to go on holiday later in his life if he didn’t have a valid passport.

Imagine the excitement of Villa fans when they heard they might be signing Crespo. Or even Ángel, for that matter.

Imagine their devastation when they instead learned the club had spent actual cash money on a man who had spent the previous season as part of a Córdoba team relegated from La Liga with three wins from 38 and the joint-worst defence in the division.

Perhaps they thought, after watching him on the receiving end of an 8-0 defeat in his last game, it couldn’t get worse. In their defence, they didn’t lose either of his two games by nearly as many. Also in their defence, they overwhelmingly had four people who were not José Ángel Crespo.

The signing of Given was no weirder than usual, but the way the player was unveiled means he’s lucky not to be number one on the list.

The Irish goalkeeper was presented on an escalator, presumably following an extensive planning meeting during which brand managers really ought to have insisted it could not, under any circumstances, be going down.

What was it meant to symbolise? A conveyor-belt of talent? Villa’s constant rise and rise? A “stairway to Claret and Blue heaven”, apparently, in a headline that almost certainly wasn’t devised in 30 seconds after the fact.

#tbt That time Villa launched their kit with Shay Given on an escalator pic.twitter.com/ryEzBRAXA1

Oh, you thought we were done with the non-playing goalkeepers, did you?

When Marshall signed for Villa, nearly 15 years had passed since his professional debut and he had made just five appearances for Coventry the previous season.

If Villa wanted a keeper who’d actually play, they’d come to the wrong guy. Luckily for them, they didn’t give him a single minute in his first season and released him in the summer… only to bring him back and not bother playing him again – for a further three years.

For a weird period towards the end of their time in the Premier League, Aston Villa began stockpiling Jordans like a granola fan settling in for a snowstorm.

Amavi, Ayew, Veretout and Lyden all made appearances in the 2015-16 relegation campaign, but Jordan Bowery was the trendsetter. The only question is why.

Signed at a time when Villa’s financial hands were relatively tied, paying £500,000 for a Chesterfield striker with barely a dozen senior goals seems an odd choice.

In fairness, he did about as well as anyone could have done after making his first two appearances from the bench with Villa 5-0 and 6-0 down, but the only goal he scored in a Villa shirt came against the club – far from ideal.

Yeah, this didn’t make a ton of sense. When you try to come up with the sort of player who might have a lot to offer a Premier League club as a 37-year-old, Pires doesn’t spring to mind. Perhaps Gérard Houllier just wanted a familiar face around.

Bizarrely, Pires might be better now at the age of 46 than he was during his Villa spell, if a recent Star Sixes hat-trick is anything to go by.

Boulding was quite good for a second-tier Grimsby Town when he signed on a free in 2002 at the age of 26, and made the sort of impact you’d expect. However, the winger was one of the most recent examples of a genuine multi-sport athlete.

As a teenager and into his early twenties, Boulding was one of the UK’s top-ranked tennis players. He even turned pro in the sport while playing football part-time, only to flip the two around in the late 90s.

How many other Premier League players have taken a set off former Grand Slam regular Christophe Rochus? That’s what we thought.

You’re probably struggling to remember David Unsworth ever pulling on a Villa shirt. Maybe you’re wondering if we’re getting confused with his stint at West Ham. We’re not, but you’ve got good reason not to remember his extremely brief detour to Birmingham.

Unsworth actually signed for Villa from West Ham, supposedly due to a desire to move nearer to his home city of Liverpool. Think of it like a slightly less egregious version of Carlos Tevez leaving Manchester United for Manchester City so he could be nearer to Argentina.

The thing is, his wife and newborn child were living in Liverpool when he joined Villa, and all it took was one day’s commute between Merseyside and Birmingham to realise he had made a huge mistake. All in all, his time as an Aston Villa lasted all of three days before he made the Everton switch he probably should have made in the first place.

At least he left Villa without tasting defeat.