80p. Eighty pence. The price for a pack of stickers for this year’s World Cup album has risen by 30p, and I’m not having it.

I’m still getting over not being able to get four packs for a £1, but 80p is mental. At least 50p for five stickers kind of made sense at 10p per sticker. Sixteen pence per sticker is not good for my OCD. It’s just all very unsettling.

The trouble is, it’s the World Cup and I still want the buzz of getting a Xherdan Shaqiri sticker.

Sure, I’ll lose interest like I do every other time and end up with a half-completed album that ends up in the bin, but that’s not the point. If Fantasy Football has taught me one thing, it’s that you really don’t have to see something through to the end to find fulfillment.

So what to do? Some maths professor from Cardiff that’s clearly as angry about all this as me has worked out it’ll take nearly £800 to complete the album this year. That’s £800 I could be wasting on something else.

Woolworths and their foolish idea of having boxes of stickers on the shelves rather than at the counter is gone – is this why Woolworths went out of business? I can’t say for sure, but yes, definitely – and I don’t think my mum will buy me a couple of packs after school anymore. I’m 32 for God’s sake.

But hang on a minute. The maths professor says a group of 10 collectors swapping their doubles with each other can cut the cost of completing an album to around £250. Now I’m listening.

But that still works out at more than 36p per sticker. And I reckon I can do better.

The sticker album this year comes with 31 stickers included: the six that everyone gets inside the album, then five packs to get you started. And I can pick up the album for £3.99.

Even if Panini claimed they’re giving the album away for free, that’s still a 1p saving on the £4 it would cost you to buy five packs normally. Our maths professor friend reckons you’d need to buy 967 packets to complete the album without swapping so buy yourself 967 albums instead and there’s £9.67 saved straight away.

But I’m looking for bigger savings. I trust this maths professor more than anyone I’ve ever trusted in my entire life, and I’m pretty certain what he’s trying to tell me is that I can complete the album without buying a single pack. I can swap my way to glory.

All I have to do is turn these 31 stickers into the 682 needed to fill the album. Easy, right? 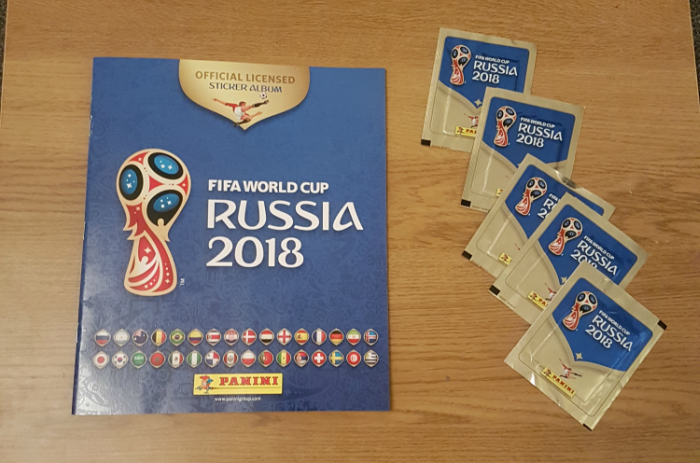 But before I open up these five packs and get over-excited about an England shiny or the aforementioned Shaqiri sticker, I need some ground rules. Some guiding principles to live by over the next few months.

1. No sticker goes into the album until it’s completed. All 31 of these initial stickers and any subsequent ones are simply a bargaining chip for swap deals.

2. To me, no sticker is more valuable than any other. No matter whether it’s a shiny, my favourite player or one of the rares Panini continue to try to convince us don’t exist, there isn’t a single sticker I won’t consider swapping until the album is complete.

3. Conversely, and this is the big one, I need to prey on other people’s misconceptions that a Leo Messi sticker is somehow worth more than a Byran Oviedo sticker, that shinies are more valuable, and that rare stickers exist. This is where the big gains are to be made.

4. The closer people get to completing their album, the more they’ll value the stickers they still need. To use the most extreme example, someone needing just one more sticker would happily give up every single swap in exchange for it. I’m going to prey on desperation like a payday loan company. 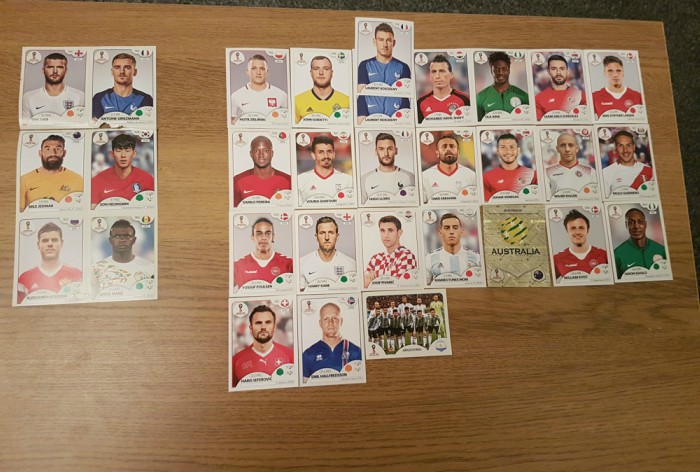 It goes reasonably well. There’s only one shiny (Australia) and one team photo (Argentina), but Harry Kane is a good early win. He’ll definitely be worth a few swaps in return.

I also get Hugo Lloris, Laurent Koscielny twice and a few other past and present Premier League players. Will anyone be willing to give me more than one sticker in return for John Guidetti? I have no idea, but they bloody well should do. And if I’m to stand any chance whatsoever of winning this challenge, they’re going to have to.

So that’s it. Through friends, work colleagues, random acquaintances, people off Twitter I’ve never met before, online swappers, and quite possibly people at sticker swap events once I get desperate, I’m going to complete this sticker album not for nearly £800, not for £250, but for nothing.