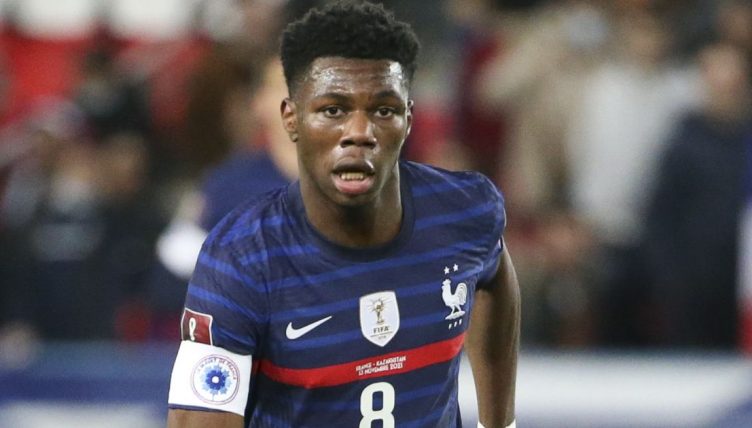 Chelsea, according to a report in the Telegraph, are going to back Thomas Tuchel with some serious transfer funds in the summer – and one of their targets is Monaco midfielder Aurelien Tchouameni.

Despite bringing in Romelu Lukaku last summer, Chelsea have been off the pace in the title race in 2021-22, currently sitting 16 points behind Manchester City, albeit with a game in hand.

Rather than sack Tuchel, however, the Telegraph is reporting that Chelsea owner Roman Abramovich will provide the German coach with the funds to put together a squad capable of challenging for another Premier League title.

One of their priorities is a central defender (or two), and Jules Kounde has been heavily linked. But Chelsea are also looking for midfielders to bolster the ranks.

Declan Rice has been repeatedly mentioned, but the Telegraph also claim that Chelsea are interested in French wonderkid Aurelien Tchouameni, who has been tearing it up in Ligue 1.

He was voted the best young player in Ligue 1 in 2020-21 and the 22-year-old defensive midfielder has already played seven times for the French senior national team, such is his talent.

His club manager Niko Kovac has showered him with praise this season. In October, he said: “[Tchouameni] takes on his responsibilities in the middle of the park, which is a strategic zone.

“In that position, you need to be disciplined and organise others around you. When I look at him compared to one year ago, he’s no longer the same player. He’s always trying to learn and understand. He absorbs all the information we give him.”

It is little wonder that Chelsea are interested, then. But with some high-class midfielders like Jorginho, N’Golo Kante and Mateo Kovacic already at the club, would Tchoumeni immediately get into the side?

Tchouameni’s anticipation of the pass, the interception & the assist… we need to sign this man. pic.twitter.com/O7ulYfhFcp