Aurier next? The five PL players who played for both Arsenal and Spurs 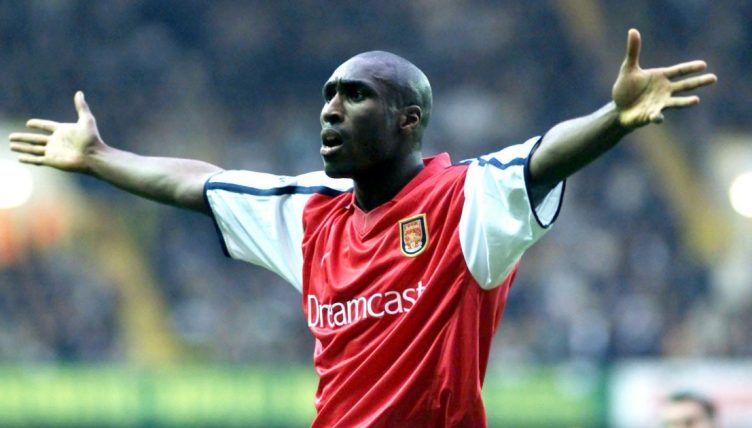 Arsenal have been linked with a move for former Tottenham defender Serge Aurier – but not many have played for both north London clubs.

That’s probably not a surprise considering the heated rivalry between the clubs. With passions running high whenever the two face each other, not many footballers have been brave enough to associate with both Arsenal and Tottenham.

Aurier is a free agent after being released by Spurs at the end of the transfer window, and is reportedly open to staying local and signing for the Gunners.

We’ve identified the five players to have crossed the north London divide during the Premier League era and how they fared.

Everybody remembers this one.

It was common knowledge that Campbell would be leaving Tottenham in 2001 but nobody foresaw his move to Highbury. Journalists who’d assembled to see the unveiling of Richard Wright were gobsmacked to see the England international walk out instead.

Campbell went on to be very successful at Arsenal. Spurs fans detest his soul to this very day.

Arsene Wenger signing Sol Campbell from Tottenham for free has to be one of the most iconic Premier League moments 😂 pic.twitter.com/cKETAUAYXD

Arsenal fans could tolerate Gallas’ hot-headed nature while he put in stellar performances in defence. But moving to Tottenham was a step too far.

Gallas was probably trying to bait the Arsenal board, who failed to offer him a new contract in 2010. It worked. The France international helped Spurs reach the quarter-finals of the 2011 Champions League – one round further than the Gunners.

Yes, it never really worked for Bentley at White Hart Lane. Signed from Blackburn for a fee of £15million, the winger struggled to adapt his game and his days were numbered after soaking Harry Redknapp live on Sky Sports.

But Bentley was once regarded as David Beckham’s successor in the England team – and with good reason. He first caught the eye at Arsenal but failed to make a full breakthrough into Arsene Wenger’s invincibles team.

It was only when Bentley moved to Blackburn that he truly flourished – but his most iconic goal is still that ripsnorting volley in the 2008 north London derby.

Adebayor loved scoring against Tottenham during his Arsenal days – who could forget his excellent brace in September 2007 – but he well and truly burnt his bridges with Gunners fans following that celebration as a Manchester City player.

Seemingly living by the motto ‘in for a penny, in for a pound’, the Togo striker then moved to Spurs in 2011 where some excellent goalscoring streaks meant the original loan deal became a permanent one.

Sadly, Adebayor’s remaining time at White Hart Lane was marked by commitment issues and inconsistencies and he was released in 2015. Still, having played on both sides of the divide, only one player has managed more goals in Premier League North London derbies…

READ: Can you name the top 11 goalscorers in PL North London derbies?

Ricketts started out at Arsenal, where he won the FA Youth Cup in 2000 and 2001, but only made one appearance for the first team in a League Cup win over Manchester United.

It was still a surprise when the midfielder moved across north London in 2002. Ricketts didn’t establish himself in the first-team initially, but became a regular during the infamously bad 2003-04 season.

After becoming marginalised under Martin Jol, Ricketts joined Championship side Wolves in 2005.