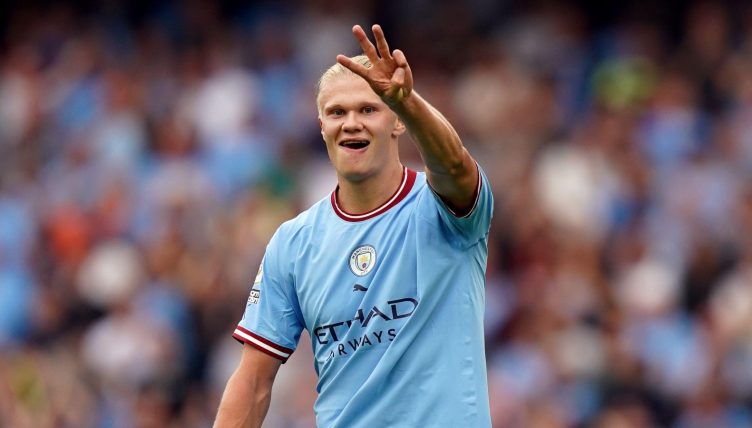 Scoring one Premier League hat-trick is impressive, scoring two in consecutive games is something else entirely – an almost superhuman feat.

Unsurprisingly, then, not that many players have managed it. Six, to be precise, including Arsenal, Manchester United and Chelsea stars.

After Manchester City’s Erling Haaland added his name to the list against Nottingham Forest, we’ve had a look at all six of the players to achieve back-to-back Premier League hat-tricks and how they did it.

The game against Nottingham Forest was Haaland’s fifth in the Premier League.

His hat-trick took him to nine goals in five games, the most a player has ever scored in their first five Premier League appearances. His two hat-tricks are the same number as Sadio Mane or Eden Hazard managed in their entire time in the English top flight.

He’s just ridiculous and we’re sure we’ll be writing about *a lot* more broken records in years to come.

In fact, we should probably make him play in crocs or with his hands tied behind his back to make it fair on everyone else.

The first consecutive trebles came in May 2017, when Spurs were in their Pochettino-era pomp, finishing second behind Chelsea.

The chance of a Premier League title had gone by the time games against Leicester and Hull came around, but Kane was desperate to get the Golden Boot for a second year on the trot.

He managed it with two hat-tricks in the space of four days, in a 6-1 win at the King Power and a 7-1 victory at the KC Stadium. Remarkably, all three of Kane’s goals in the hat-trick against Hull came with his weaker foot.

Seven months later, Kane quite incredibly repeated the double-treble feat, this time in a 3-0 away win over Burnley and a 5-2 home triumph over Southampton.

Rooney was always going to be on this list, wasn’t he?

The second of these two consecutive hat-tricks came in a 5-0 win over Bolton, the first two weeks earlier in that infamous 8-2 thrashing of Arsenal at Old Trafford that prompted much soul-searching (and some desperate transfer-market scrambling) at the Emirates.

Can’t remember all 10 goals from that game? Luckily we’ve got you covered… 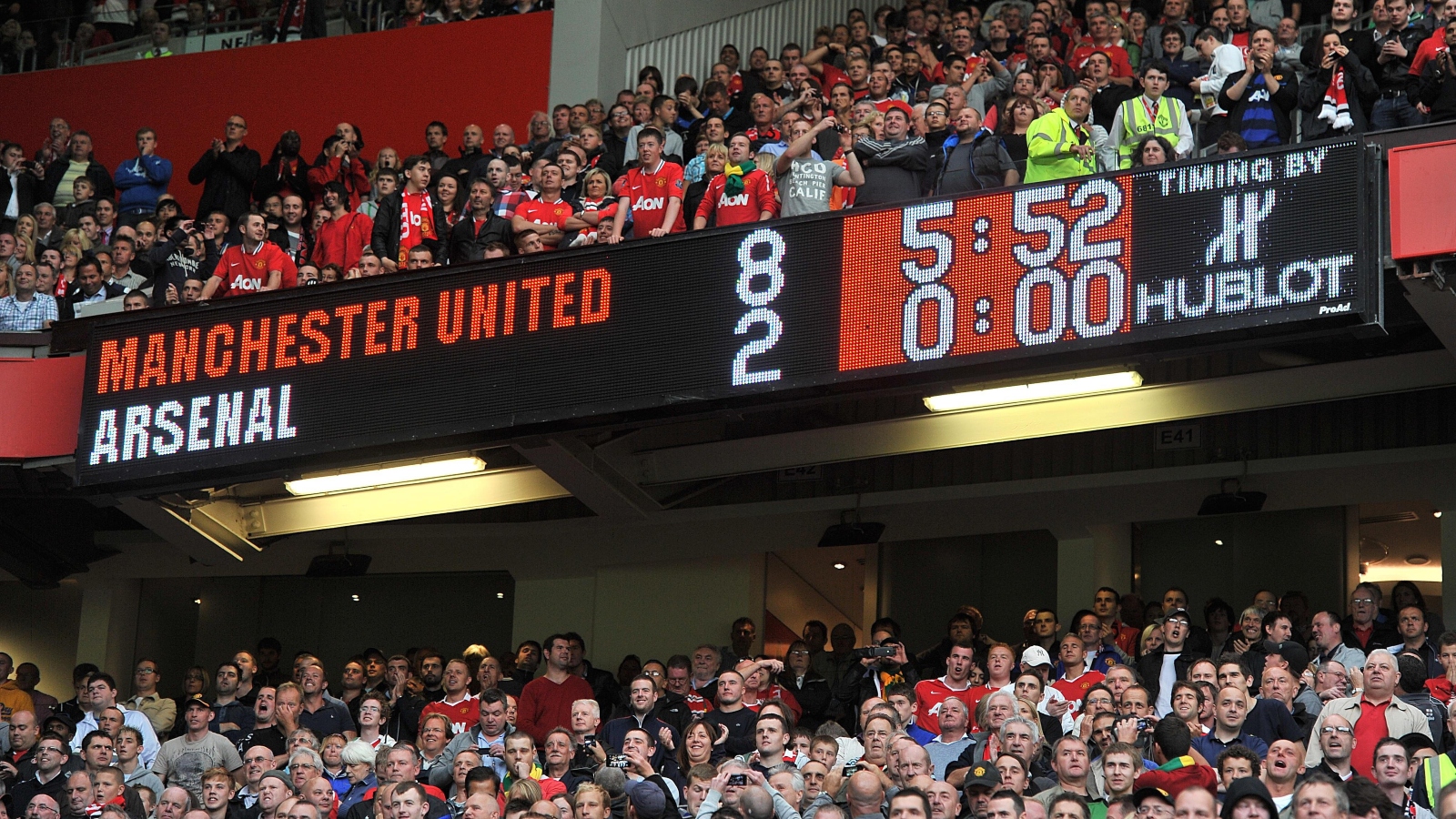 Jose Mourinho’s Chelsea team might have been the Blues’ best of the Premier League era, but Carlo Ancelotti’s was almost certainly the most fun.

It’s no surprise, then, that Drogba’s best goalscoring season in England, as well as his back-to-back hat-tricks, came under the Italian ego massager.

But, honestly, we don’t feel entirely comfortable including Drogba, because his hat-tricks against Wigan and West Brom came in different seasons, the first on the last day of the title-winning 2010-11 campaign – wrapping up his 29-goal, Golden-Boot crusade – and the second on the opening day of the following term. We all know winning runs and other records should be zeroed and start again in every new season.

Anyway, technically Drogba did score thrice in two consecutive English top-flight games, so here he is.

We might not have included Henry, but fear not, Arsenal fans, your other great Premier League goalscorer does feature.

Wright’s two trebles came in March 1994, against Ipswich and then Southampton.

You can see the second of them below. Everything about it is just wonderfully 90s Premier League – the kits, the haircuts, the goal nets at the Dell, Wrighty’s diving header, Kevin Campbell’s flick-on, the celebrations, Anders Limpar winning a penalty. Delightful.

Ferdinand’s consecutive trebles came for Newcastle, right? Err, no. Tottenham then? No, not them either. What, he did it for QPR? Well, yes, in the very first Premier League season, when the Rs finished a heady fifth in the top flight, below Aston Villa, Norwich and Blackburn and above Liverpool, Tottenham, Manchester City, Arsenal and Chelsea. Different times.

Ferdinand’s victims were Nottingham Forest and Everton, both in March 1993. And like with Wright, one of the goals was a diving header. Whatever happened to diving headers? Someone should really bring them back.

READ NEXT: The Premier League’s 10 all-time top scorers and their favourite victims