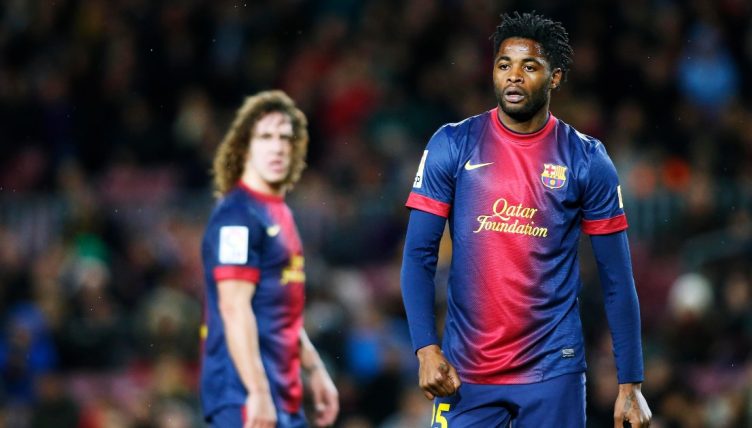 It’s fair to say Barcelona have enjoyed mixed fortunes when it comes to the transfer market over the past decade and a bit.

Having won La Liga seven times, the Copa del Rey five times and the Champions League twice, the 2010s will be looked back upon fondly by Barcelona supporters.

But they haven’t always got their biggest signings right and more recently they’ve been plunged into financial woe by poor management.

We’ve looked back on their most expensive arrivals from each campaign since 2010-11 to see how they’ve fared.

Let’s start with an inarguable success. Villa was signed in a €40million deal from Valencia in the summer of 2010 and ended his first campaign as a champion of both Spain and Europe, scoring the match-clinching goal in the 3-1 victory over Manchester United in the Champions League final.

A serious injury blighted his second season with the club, but by the time he left the Camp Nou for Atletico Madrid, where he claimed another title, Villa had won eight trophies with the Catalan giants.

It always felt like a matter of when and not if Fabregas would return to Barcelona from Arsenal, and the midfielder made the switch back to his boyhood club in a €34million move in August 2011 – with Alexis Sanchez Barca’s other headline arrival that summer.

But it was not quite a fairytale return for Fabregas, who appeared the perfect fit for Pep Guardiola’s midfield alongside compatriots Xavi, Andres Iniesta and Sergio Busquets.

There were obvious high points – he scored double figures in each of his three seasons, winning six trophies in total – but the move did not live up to expectations as Barca lost their grip on La Liga to Real Madrid in his debut campaign and Atletico Madrid in his final season.

Xavi, Iniesta and Busquets had a telepathic understanding as one of the greatest midfield trios of all time, meaning Fabregas’ job of establishing himself in his favoured position was always going to be difficult, and he was even booed by Barcelona supporters on occasion.

Barca even had a dig at the midfielder in their statement to announce his move to Chelsea in 2014: “Despite glowing starts to each campaign, Cesc’s contributions to the cause gradually decreased as each season drew to a close.

“From being someone who joined in with the attack, supplying and scoring goals, the magic tended to fade later on in each season. He only scored one, six and one goals in the last 24 games of each season.

“For some reason, he was never as good in the second half of a season as in the first.”

You might have erased all memories of Song playing for Barcelona, but what’s even more remarkable is that he cost €5million more than Jordi Alba, who arrived from Valencia for €14million in the same summer of 2012.

Alba never provided one of the most awkward moments in football history though, did he?

Estimations for the fee Barcelona spent to secure the signature of a 21-year-old Neymar from Santos in 2014 range from an initial transfer fee of €19.3million to an all-in sum of €279.2million.

The vigour with which Barcelona tried to re-sign the Brazilian suggests he did some quite good things on the pitch: namely scoring 105 goals in 186 appearances.

But any hopes of a reunion have long been extinguished.

We’re going to put this one down as a massive success – and even his 2020 move to Atletico won’t make us change our minds.

And then things start to go a bit wrong.

Despite Barcelona being banned from registering new players, Turan was happy to leave Atletico Madrid for the Camp Nou in a €34million deal in the summer of 2015 knowing he would have to wait six months before he was allowed to play.

Two years later, and without a single appearance in the first half of the 2017-18 campaign, the midfielder joined Istanbul Basaksehir on an unconventional two-and-a-half-year loan, which screamed of ‘please just go elsewhere’.

It’s little wonder they wanted rid given what happened next. While at Basaksehir, Turan received a two-year-and-eight-month suspended prison sentence for firing a gun into the floor in a hospital. True story.

In 2020, he moved to Galatasaray on a permanent deal.

Still, Turan is one of only six Barca players to score a Champions League hat-trick, putting him esteemed company alongside Lionel Messi, Ronaldinho, Rivaldo, Samuel Eto’o and Neymar.

Of all the players Barcelona signed for a fee in the summer of 2016, only Samuel Umtiti remains, with Denis Suarez, Lucas Digne, Jasper Cillessen and Paco Alcacer all having departed on a permanent basis alongside Gomes.

The midfielder was signed from Valencia for €35million, potentially rising to €55million. We’re guessing whatever those clauses were, they weren’t met, given Gomes was voted the worst signing of the season by readers of Marca before leaving for Everton.

“The problem was with me,” he told The Times upon making his loan switch to Everton permanent. “It was the pressure and expectation I put on myself, not that of the fans or the club.

“The environment was really good. At that time I had one person I was speaking to, to try to help me figure out some issues I had with myself.”

Barca signed Ousmane Dembele in a deal worth a potential €147million in the summer of 2017, only to eclipse that fee with the signing of Coutinho from Liverpool for an initial €120million with a potential €40million in add-ons.

Like Fabregas, Coutinho appeared an ideal fit for the Catalan club and was earmarked to gradually replace one of their legendary midfielders, Andres Iniesta, only to ultimately underwhelm. The Brazilian was forced to watch on as his former club became European champions and he failed to live up to expectations at the Camp Nou.

He’s since left for Aston Villa – which, with all due respect to the club – tells you everything.

🗣️ "Making my debut in the Champions League & scoring will stay in my memory forever."

Flaming Nora, it just gets worse, doesn’t it? A whopping €120million was the last of the Neymar money and the last of any money at all judging by the state of the club now.

A return of 35 goals in 102 appearances is not that bad on the face of it, but this was never a match made in heaven.

Griezmann returned to Atletico on loan in the summer of 2021, with Barcelona utterly desperate to get some of his gargantuan wages off the books. He looks set to spend a second season at the Wanda Metropolitano, but he was underwhelming in 2021-22 and his future is up in the air.

The fee, ostensibly, was €60million. But let’s not forget that this involved a bit of unusual financial jiggery-pokery, with Arthur going the other way. We’ll leave investigations to people more competent than ourselves.

Anyway, Pjanic did not fit in at all well at Barca and was shipped out on loan to Besiktas after a single, miserable season.

After his move he told TuttoSport: “I couldn’t stay at Barcelona with Koeman. I would have lost a year and I wanted to play.”

After signing initially signing Emerson in a weird joint transfer with Real Betis in 2019, Barcelona paid Betis €9million to acquire the Brazilian’s services outright in summer 2021.

Two months later, they flipped him to Spurs for a £17million profit to help balance the books. A success of sorts, we suppose.