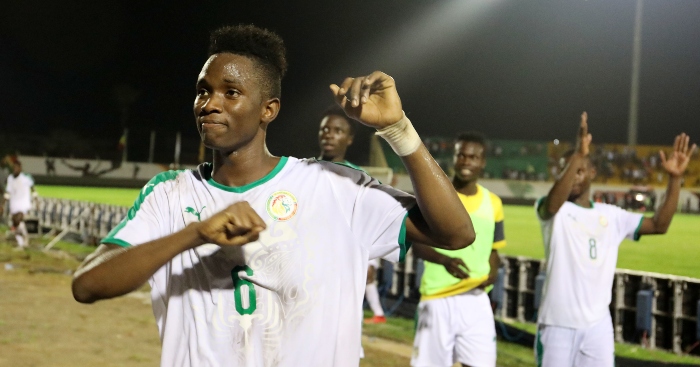 With COVID-19 causing uncertainty across the globe, it’s perhaps not surprising that most La Liga clubs have not splashed the cash this summer. Among the clubs not to spend a single euro on transfers are Real Madrid, Valencia and Athletic Bilbao.

However, Barcelona B, who play in the third tier, have invested in new talent, spending €13million on three players. Only six La Liga clubs have paid out more. While the main squad is having a rebuild after a traumatic Champions League exit to Bayern Munich, the hope is that Barca B contains the talent for the future.

Here are the three players Barca B have brought in.

Born in Sao Paulo in 1998, Pereira has already been on the books of another European giant.

Signed by Juventus in 2017, after spells at Sao Paulo and Empoli, the Brazilian playmaker made his Juve debut in a crunch match at Internazionale in 2019. Appearing as a late sub, Pereria almost scored a dreamlike winning goal in the match’s dying moments.

Primarily, though, the youngster has appeared in Juventus’s B side, scoring five goals in 22 appearances.

Barcelona clearly like what they have seen and have paid €8million euros to make his initial loan deal permanent. An offensive player with an aptitude for late arrivals into the penalty area, Pereira will be eager to make an impression in Spain.

Another Sao Paulo native, Maia has been the subject of attention from some of Europe’s elite clubs. Liverpool and Atletico Madrid were also rumoured to be interested before Barcelona swooped for the attacking midfielder. Maia has been purchased for €4.5million, the first million up front and the rest due in instalments.

Born as disgustingly recently as January 2001, Maia has been described by the official Barca website as a ‘fast, vertical winger’. He had an especially prolific season for Sao Paulo’s youth team in 2018, scoring 30 goals in 36 appearances.

Able to play at left or centre back, Ndiaye would appear to be a versatile and canny signing by Barcelona.

The Senegalese defender has represented his country at both the 2019 Africa U20 Cup and the U20 World Cup in Poland during the same year. During the latter tournament, he was praised by commentators for his power and speed. He has signed on a three-year deal with the option of a further two-year extension.

Ndiaye’s signature cost €500,000 from the Qatari-run Aspire Academy. This organisation has attracted controversy for their ‘battery farm’ approach to young talent, setting up outposts in destinations as diverse as Paraguay, Thailand and Guatemala in the hope of creating Qatari naturalised footballers.