The last 5 times Barcelona thrashed Real Madrid & what happened next 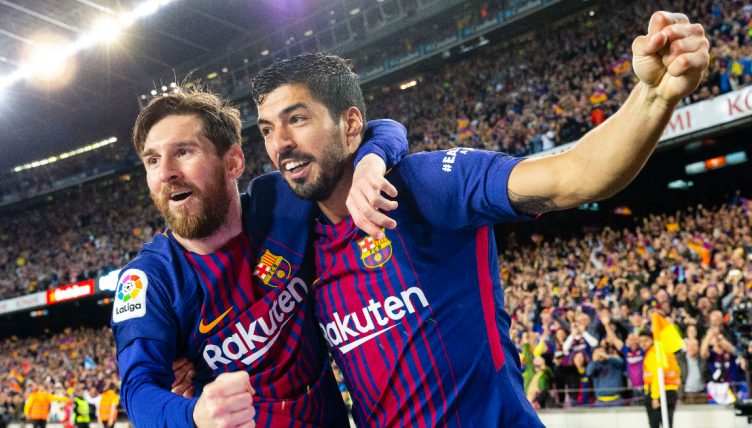 Barcelona ran riot at the Santiago Bernabeu in March 2022 as a brace from Pierre-Emerick Aubameyang helped them on their way to a 4-0 win over Real Madrid.

But with the La Liga title seemingly out of reach, many have wondered what such a big result will mean for the rest of the season.

El Clasico thrashings are not uncommon for either side and whenever one of these two clubs are on the receiving end of humiliation, days of inquest usually follow and the fans of the losing side often panic about the rest of the season.

Real Madrid still sit nine points clear at the top of La Liga despite the embarrassing defeat at home, but having already been dumped out of the Copa Del Rey, more scrutiny has been placed on their Champions League campaign and whether the team can bounce back to succeed at the highest level.

Barcelona have been on an upwards trajectory since the arrival of Xavi in November 2021 and will be hoping to secure a top-four finish and aim for Europa League victory to set themselves up for a title challenge next season.

Whenever Barcelona thrashed Real Madrid in the past, it was often the case that they would be spurred on to win silverware. We’ve listed the last five times Barcelona mauled their greatest rivals, and how that season panned out for both clubs.

The Blaugrana had a fairly successful season, winning La Liga on the head to head results ahead of Deportivo La Coruna, but lost the Champions League final to AC Milan and went out of the Copa Del Rey in the quarter-finals.

Real Madrid meanwhile, finished fourth in La Liga but won the Spanish Supercopa against Barcelona over two legs. They bounced back well from the El Clasico thrashing, going unbeaten in their next eight league games, but still finished 11 points off the top.

This Clasico thrashing will live long in the memory of Barcelona fans though, because of one player in particular…

It’s Romário’s birthday, and we’re here to talk about January 8th 1994 and the destruction of Real Madrid he was at the heart of. pic.twitter.com/ApFGqiwYpm

As Pep Guardiola’s first season in charge of Barcelona was drawing to a close, a match at the Santiago Bernabeu in May 2009 would go some way to determining where the title would end up.

Barcelona ran riot on their rival’s turf, with a 6-2 thrashing that saw Lionel Messi and Thierry Henry help themselves to a brace each.

Surprisingly, neither side would win again in La Liga that season. Barcelona drew twice and lost twice in their final four matches, whilst Real Madrid would lose their final four in a row, clearly scarred by such a hammering.

This was one of Barcelona’s best seasons in history, winning a historic treble after securing La Liga with ease and beating Athletic Bilbao and Manchester United in the Copa Del Rey and Champions League finals in the weeks that followed the Clasico victory.

Barcelona were undoubtedly the best team in the world during that period, but that didn’t soften the blow for Madrid in the slightest.

Madrid attempted to right the wrongs of being embarrassed in front of their own fans with a huge spending spree, which saw the likes of Kaka, Cristiano Ronaldo and Karim Benzema all arrive at the club in the summer that followed.

Barcelona enjoyed yet another rout of their rivals and another incredibly successful campaign in 2010-11, where a 5-0 victory at the Camp Nou in November 2010 sent them on their way to a La Liga and Champions League double.

Cristiano Ronaldo looked shellshocked as goals from Xavi, Pedro, Jeffren and a brace from David Villa downed Madrid in one of Barcelona’s greatest ever Clasico performances.

Barcelona only lost two league games that season but just missed out on another treble, losing the Copa Del Rey final to Real Madrid in April 2011.

This was a small bit of salvation for Jose Mourinho’s side, in a year where Barcelona were yet again the envy of the footballing world.

This goal in the El Clasico is iconic 😍

The 2015-16 season was notable as both Real Madrid and Barcelona were at the very top of Europe.

Both sides had won one Champions League each in the previous two seasons and both teams had iconic attacking trios, with Messi, Luis Suarez and Neymar competing with Ronaldo, Benzema and Gareth Bale.

November 2015 saw the two teams face each other in a mouthwatering clash and Barcelona sent the Santiago Bernabeu into a chorus of whistles, as goals from Andres Iniesta and Neymar supported a brace from Suarez in a 4-0 victory for the visitors.

This would ultimately prove to be a crucial win, as Barcelona would go on to pip Real Madrid to the La Liga title by one point, securing back to back league titles for Luis Enrique.

Real Madrid would go on to win the Champions League that season, but the defeat which ended up losing them the title has stained the memory of what was otherwise a fantastic campaign.

When a Messi-less Barcelona hosted a Ronaldo-less Real Madrid in October 2018, all the focus was on how both teams would do without their best ever players.

Barcelona were fine. Madrid were not.

Barcelona tore Madrid to shreds, with goals from Phillippe Coutinho and Arturo Vidal either side of a Luis Suarez hat trick, helping Ernesto Valverde’s side to a 5-1 win.

The post-Zidane and Ronaldo era at Real Madrid had gotten off to a terrible start and new manager Julen Lopetegui was sacked after the humiliating defeat, and Real’s season never really took off.

Finishing third in La Liga, and being knocked out of the Champions League for the first time in three years by a young Ajax side meant this was a rare season of misery for Los Blancos.

Barcelona would comfortably win La Liga, and looked set to reach the Champions League final, but were stunned by a famous comeback from Liverpool in the semi-final second leg, and lost 4-3 on aggregate.

Despite such an iconic victory, this was a forgettable season for both sides and paled in comparison to some of the other campaigns in which Barcelona battered their rivals.

The last five players to score a hat-trick in El Clasico: Messi, Lineker…