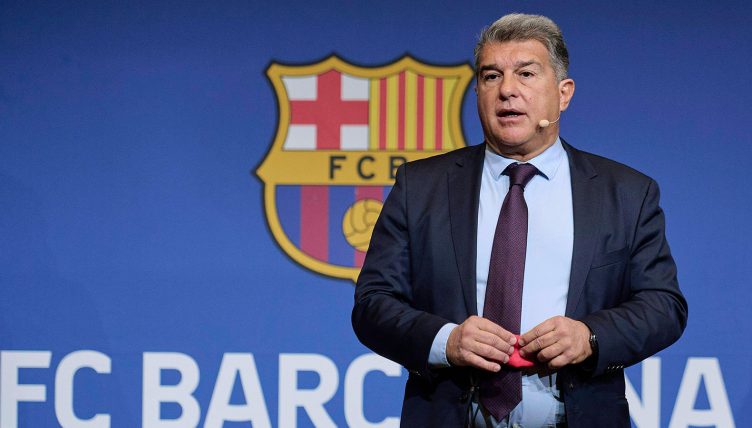 Barcelona have sunk to their lowest position in the Deloitte Football Money League in over a decade as the likes of Manchester City, PSG and Bayern Munich  overtake them.

The financial situation at Barcelona has been more delicate than ever in the past few years. Indeed, it was for financial reasons that Lionel Messi had to leave the club in 2021.

In a bid to make the club more competitive in the immediate future, Barcelona took the decision to activate several financial levers, meaning the partial sales of assets so that the club could obtain money immediately.

Barcelona president Joan Laporta told EFE: “We had to activate some levers, which were economic operations that saved the club from ruin, and now the club is in economic recovery.

“But despite that, according to the Financial Fair Play rules of the Spanish league, we cannot sign anyone in January.

“We, and some other La Liga clubs, are also trying to convince the league to be more flexible and allow us other types of interpretations that can help Barcelona strengthen even more. It is more flexible in the Premier League than in Spain and this does not make much sense to me.”

In the latest report from Deloitte, Barcelona ranked 7th with a generated revenue of £560million. Their arch-rivals Real Madrid ranked second on the list with revenues of £626million.

Barcelona and Real Madrid have consistently ranked as the top two clubs with the highest revenues over the last decade, but the recent reports perhaps suggest a changing of the tide. Real Madrid do rank second, although their revenues have fallen since 2018-19.

It’s no real surprise that the Premier League dominates the list with six of the top 10 clubs being English. Manchester City lead the way with revenues of £642million and they top the list for a second year running.

Barcelona’s declining fortunes in the league highlights the fact that they perhaps aren’t the same force in European football that they once were.

We’ve gone back through the years and picked out where Barcelona finished in the Deloitte Football Money League to see how their revenues compare.

READ NEXT: Gavi, Pedri and the hope that Barcelona can rule in the post-Messi era

TRY A QUIZ: Can you name Barcelona’s top 20 appearance makers since 1990?