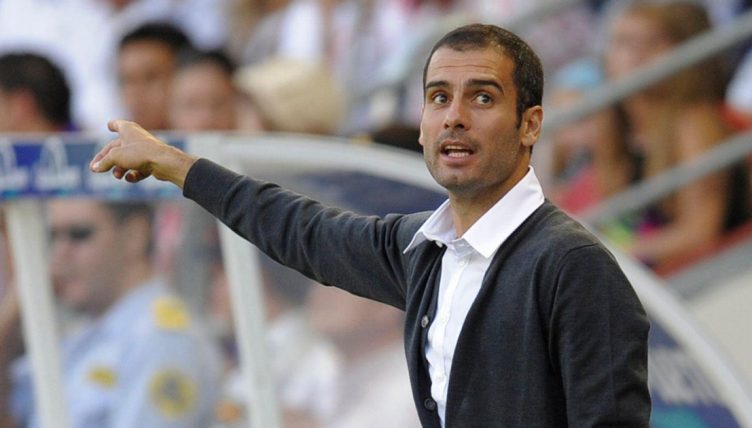 After Barcelona’s considerable summer spending, there’s great hope and anticipation that Xavi can lead them to a successful 2022-23 campaign.

But they suffered an underwhelming start, with a 0-0 draw in their opening La Liga fixture at home to Rayo Vallecano.

It’s a rare disappointment for Barcelona, who have only failed to win their opening fixture on six occasions in the 21st century. Here’s what happened next the last five times.

Ernesto Valverde returned to his old stomping ground San Mames for the opener of the 2019-20 season, in which he was looking to lead Barcelona to a third successive La Liga title.

But Aritz Aduriz had other ideas, and the big Basque centre-forward’s 89th-minute strike proved to be the match-winner in a 1-0 victory for Athletic Club. Barcelona registered 72% possession but lacked a cutting edge without sidelined star man Lionel Messi. They mustered just two shots on target.

Further wobbles followed, particularly on the road, with a 2-2 draw at Osasuna and a 2-0 defeat at Granada, but Messi soon returned and they gradually recovered their form to spend the mid-portion of the season top of the table.

Valverde was sacked in January, despite Barcelona being top of the table, and poor results under Quique Setien in the post-lockdown period of the season ultimately cost them the title. They ended up finishing five points behind champions Real Madrid.

Pep Guardiola was not a universally popular choice as manager back in 2008. The local boy had achieved great success in charge of the B team but was a young and unproven coach at the top level.

It’s crazy to think now, but many – including some within the club hierarchy – would’ve rather had Jose Mourinho, who was a former assistant to Bobby Robson and Louis van Gaal and was the biggest name going after leaving Chelsea.

There was immediate pressure on Joan Laporta’s controversial decision to appoint Guardiola when he led Barca to a 1-0 defeat to Numancia in the La Liga opener. They then followed that up by drawing 1-1 at home to Racing Santander.

Predictably, there was outrage in the Catalan sports dailies, but Johan Cruyff rode to his former captain’s defence.

“This Barcelona looks very, very good,” wrote Cruyff in El Pais after Guardiola’s side picked up one point from the opening two games.

“I don’t know what game the rest of you watched; the one I watched was unlike any I have seen at Camp Nou in a long time. The worst start to a season in many years. Just one goal scored, and that was a penalty. That’s an inescapable truth, numerically speaking.

“But in footballing terms, this must be read a different way. And Guardiola is the first to read it differently. He’s no novice, lacking expertise, and he is not suicidal. He watches, he sees, he analyses and he takes decisions.”

Cruyff’s faith was vindicated. Barcelona subsequently dropped just two points across their next 20 league outings and ended the campaign with a historic treble.

Johan Cruyff (about Guardiola’s first La Liga game in charge which Barça lost 1-0 to Numancia): “It is one of the best games I’ve seen in years.” pic.twitter.com/YVlzz0zHgF

Barcelona were the best team in Europe in 2006. They lifted the Champions League and had Ronaldinho dazzling his way to a deserved Ballon d’Or. But the latter years of Frank Rijkaard’s reign failed to maintain those standards. Ill discipline off the pitch was reflected in a lack of sharpness on it.

So it was no great shock to see Rijkaard’s Barcelona draw 0-0 at Racing Santander in their first outing of 2007-08. It set the tone for a forgettable year; they ended up finishing third, behind Villarreal and 18 points off runaway leaders Madrid.

Rijkaard’s Barcelona made a sluggish start to what turned out to be a historic season. The 2005-06 campaign began with a goalless draw at Alaves, and come mid-October they sat sixth in the table after winning just two of their first seven games.

Things soon changed. Fourteen successive league wins through the winter put Barcelona in the driving seat, and they never relinquished their grip on the top spot. The campaign climaxed in Paris, with La Blaugrana coming from behind to beat Arsene Wenger’s Arsenal in the Champions League final.

The fourth season of a long, five-year trophy drought, 2002-03 began with a 2-2 draw at home to Atletico Madrid. Luis Enrique bagged a brace, but a late equaliser from Fernando Correa cost Van Gaal’s Barcelona two points.

Atletico’s line-up that day featured future Liverpool heroes Luis Garcia and Fernando Torres, as well as Diego Simeone’s trusted right-hand man German Burgos between the sticks. They’d just come back up after a two-year stint in the Segunda Division and finished a respectable 12th in their first season back.

Barcelona, meanwhile, endured a terrible season. Van Gaal was sacked in January and come February they sat 15th in the table. They eventually recovered to finish sixth, their lowest placing with their lowest points tally of the 21st century.