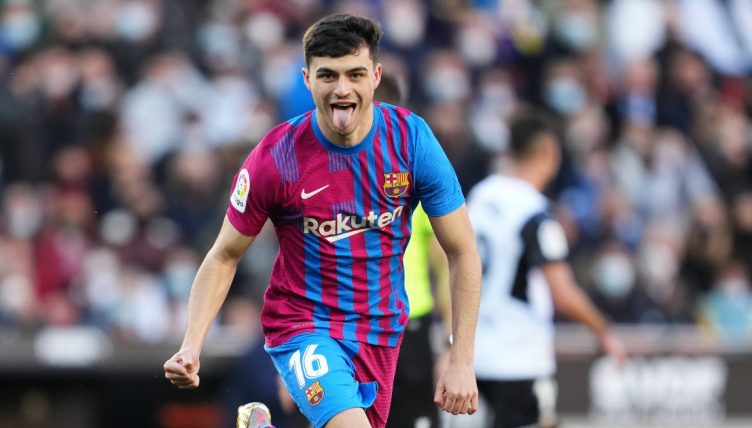 Barcelona, for the first time in a while, feels like a place of optimism again. Xavi has revived a club on a downward spiral and the future is beginning to look bright.

As ever, La Masia continues to produce enviable talent, even if the standards have slipped somewhat since the years of Lionel Messi, Andres Iniesta and co.

Don’t expect all of them to make it at Barcelona, but it’s worth keeping an eye on those Football Manager considers the cream of the crop.

With that in mind, and with the help of FMScout, we’ve taken a look at the 14 Barcelona wonderkids on FM22 and how they’ve progressed in reality this season.

The former Manchester City defender had a difficult start to his Barcelona career, struggling for form in the early weeks of the season.

But he has improved under the guidance of Xavi and his impressive technical quality makes him an assured presence at the back.

“He’s committed. He’s great in the output of the ball and he’ll be great for Barca in the years to come.”

Argentine youngster Ramos Mingo has yet to make a first-team appearance for Barcelona since his move from Boca Juniors in 2020.

The 20-year-old is out of contract in the summer but remains a regular feature for Barcelona B. For now, though, his future is uncertain.

Balde has made a handful of senior appearances for Barcelona, but the 18-year-old has been out injured since February 2022 and is yet to play under Xavi.

He had previously been impressing for Barcelona B and there were hopes that he could deputise for Jordi Alba, with the Blaugrana short of players at left-back.

Still, Balde is contracted until 2024 and will likely have an opportunity to impress when he returns to full fitness.

A versatile young defender, Marmol has been on the periphery of the Barcelona squad this season amid an injury crisis at the back.

While he is yet to make his senior debut for the club, the 20-year-old will hope that a breakthrough is imminent.

If not, a move to Sevilla was rumoured in January. The Andalucian side have reportedly been impressed by his intelligent defensive play for Barcelona B this term.

Dest has been a regular for Barcelona since joining the club from Ajax in 2020, playing primarily as a right-back but occasionally utilised in more advanced roles.

Now 21, his talent is clear, but his defensive ability has often left a little to be desired and it remains to be seen if Xavi is entirely convinced by the USA international.

Nico’s rapid rise to the heart of Barcelona’s midfield was perhaps a necessity, and it might even have been slightly premature, but the youngster has thrived.

A shortage of players in the position meant Barca had few options. Nico played regularly early in the season but has taken more of a back seat of late. At just 20, though, he looks set for a strong career at the club.

And the fame certainly hasn’t gone to his head. “If I’m being honest, I don’t like the fact that I’m famous,” Nico said. “I would prefer to have a lower profile, but this is part of it and I am very happy.

“On top of that, when people come to you for a photo or to ask something, it feels good and you’re conscious of the fact your work is worthwhile.”

Another midfielder, Orellana is, like most La Masia graduates, technically superb with impressive vision and a talent for free kicks.

Despite being 21-years-old, he remains in the Barcelona B setup and has fierce competition for a place in the first team.

It’s almost unbelievable that he’s only 17… 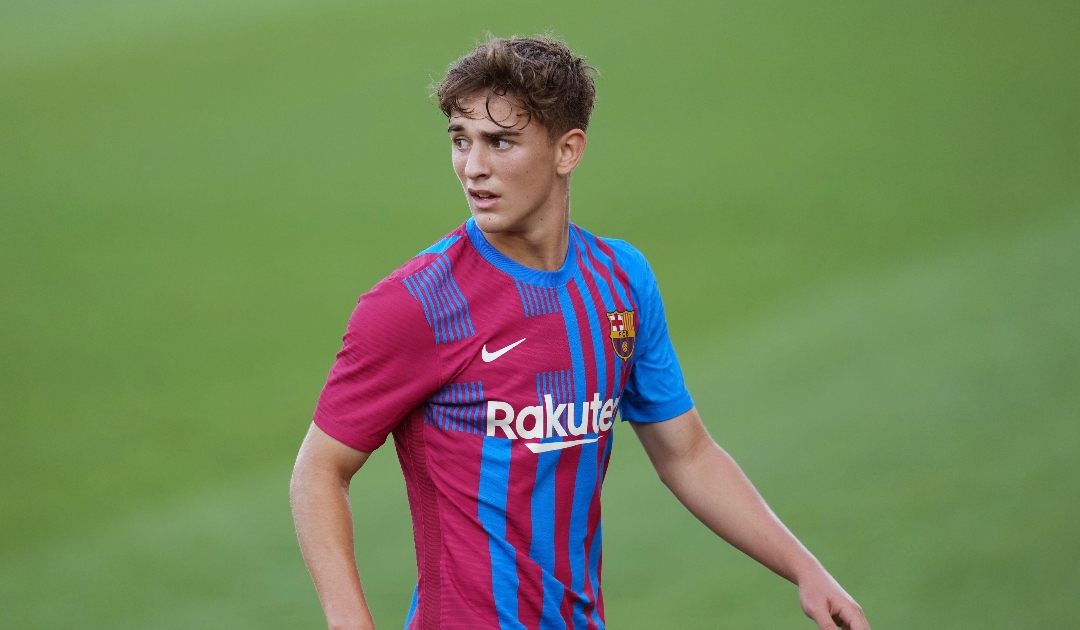 Fati’s emergence for Barcelona as a scarily precocious teenager was one of the stories of 2019, but this season has been decimated by injury.

The Spain international is now edging closer to a return and will be keen to show Xavi what he can do in a free-scoring side during the final weeks of the campaign.

Don’t forget about Fati just yet.

Alarcon is a tricky winger that is currently showcasing his skills in the Barcelona B team, and there are high hopes for the 17-year-old.

Like so many other youth prospects at La Masia, it will be a case of standing out amid the competition.

Abdessamad Ezzalzouli, to give the Moroccan winger his full name, is one of several young players to have been given an opportunity following Xavi’s arrival.

He has made 10 La Liga appearances at the time of writing and netted his first goal for the club in a 2-2 draw with Osasuna in December 2021.

“Abde is extraordinary, as well as Nico and Gavi too. The youngsters are supporting the team, they are the ones who make the difference, and that is difficult to digest,” Xavi said after the draw.

“Abde is a dagger, a marvel, a surprise. It is great news but I already said that it is also the negative that young people are the ones who stand out the most.”

In case you missed Ez Abde's goal for Barcelona B on Saturday or Sunday, don't make the same mistake again today.pic.twitter.com/nYcUEymclv

Akhomach is another winger, an area where Barcelona clearly have no shortage of talent. At 17, though, two La Liga appearances this season is an impressive start.

Expect to see more of the teenager, born in 2004 (yes, you’re old), over the coming months and years. 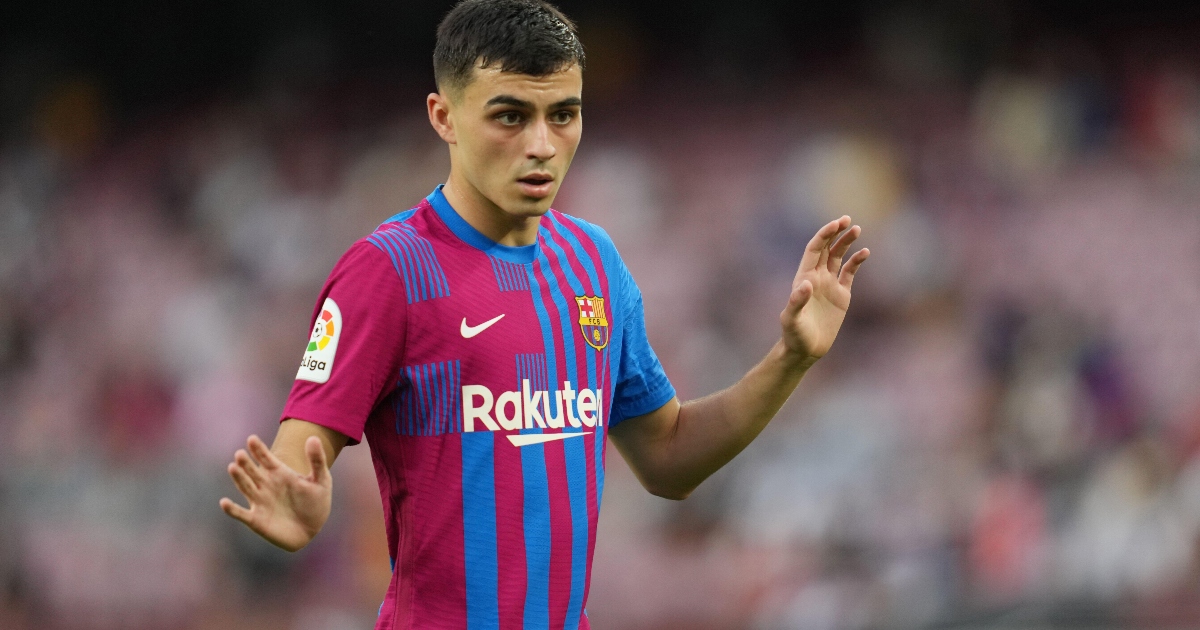 The Blaugrana signed forward Blanco from Frankfurt in January 2022, and he has so far managed three goals in nine matches for Barcelona B. Not a bad return for the 18-year-old.