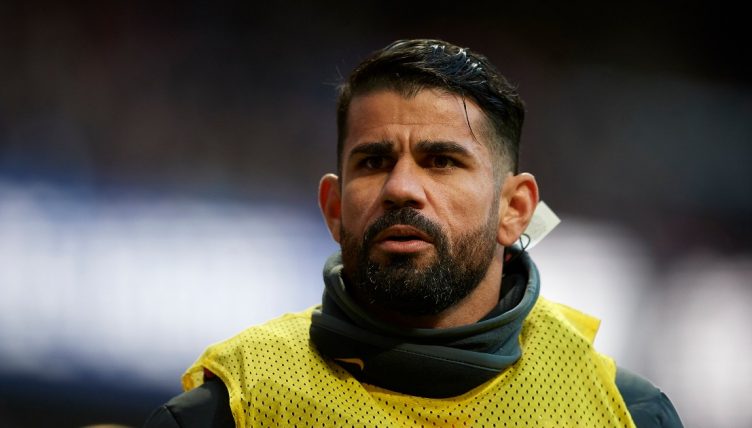 Some FM purists would balk at the idea of starting with a major club, preferring instead to start at the very bottom and work their way up.

But while those saves are certainly the foundation of the game, a short-term Barcelona save is a difficult and fun option.

We recommended it as one of our challenging FM22 save ideas precisely because of the unique set of issues the club has.

You start the game with an inflated wage budget and no transfer budget, along with a large, old and overpaid squad that won’t be able to play in the way you want.

That makes bringing in new talent extremely difficult, so we’ve decided to go through and find five players worth your time if you’re thinking about embarking on an FM22 save at Camp Nou.

These are all for the first summer transfer window, so no Paul Pogba on a free transfer here.

We’ve also tried to stick to the stipulations of bringing in players for as little as possible on as small wages as possible to reduce the club’s debt.

We’ve picked the positions we think should be targeted first, with a variety of both long-term starters and short-term stop-gaps who could replace current overpaid players that you can sell to make some much-needed money.

So here are five potential signings you could make as Barcelona manager in FM22.

By far the most expensive player on this list is Frank Kessie, who we recommend you try signing in the first summer.

If you’re able to move on some deadwood you should be able to bring him in with the money you save on their wages and earn from their transfer fees.

He will likely cost you around £20million upfront with some more in instalments, and while that is a lot of money for a player in the last year of his contract, we think there are a few good reasons why it’s worth it.

Firstly, you’ll be getting one of the game’s best midfielders before other teams can get him on a free next summer.

Secondly, he will fit perfectly into a midfield three and play well either alongside or as a replacement for Frenkie De Jong, allowing players like Gavi, Riqui Puig, and Nico more scope to develop.

Stats like 19 strength and 19 stamina tell you all you need to know about the Ivorian midfield workhorse.

Uruguayan left-back Saracchi is available on a free transfer right at the start of the game following the new winter update and he’s a no-brainer pick-up when playing as Barcelona.

His stats are decent, with some good mentals like 16 bravery and 17 determination matched with 17 acceleration and 16 agility.

But the real reason to sign him is the fact he wants very little in wages, around £20,000 a week. If you’re able to move on Jordi Alba and use Saracchi as his replacement that’s a huge moneymaker.

Furthermore, if you do move on Alba, Saracchi will provide a decent rotation option with 17-year-old Alejandro Balde while not stunting the youngster’s development by always keeping him out of the team.

He’s also only 23 himself, meaning that you should be able to sell him for a profit at a later date.

The first player of a few on this list that cannot be considered a world-beater, but is good for Barca’s current predicament.

Lazio centre-back Luiz Felipe is a really good pick-up for your Barcelona team.

Like Kessie, he is in the last year of his contract – but he has plenty of clubs interested in him from the get-go.

And for good reason; at 24-years-old he has 18 tackling, 16 heading, 20 bravery, and a whole host of other impressive and well-rounded stats.

You should be able to pick him up for around £12million, with potentially only around £7.5million of that paid upfront.

He’s an ideal replacement if you can move on one or both of Clement Lenglet and Samuel Umtiti.

A crazy end to Lazio vs Inter last night 🤯 pic.twitter.com/0DeI7L8oPr

Malaga’s 20-year-old Spanish right-back Casas is another sensible purchase you should consider making as Barcelona manager.

Right-back is not a position that Barcelona lacks players in, with Sergino Dest, Sergi Roberto, Dani Alves, and Moussa Wague all capable of playing there.

But Dani Alves is unavailable until January, Wague is injured for several months and Sergi Roberto is certainly one of those players you should be looking to move on.

Casas steps in as a cheap, young, and Spanish option to provide depth for your team.

He has some well-rounded stats, but his true value is in the fact he should cost only around £5million which, with some creative clauses, could be as little as £2million upfront.

His wages will be low and his re-sell value high. Another sensible option.

Old and with no resale value, having played for one of Barcelona’s rivals in Atletico Madrid as well; surely this is a ludicrous suggestion?

Except it works on almost every level.

Costa is a free transfer at the start of the game and should only require about £20,000 a week in wages. So he provides a cheap replacement for one of Barcelona’s many forwards, such as Martin Braithwaite, who you can now move on.

He has the quality to do so as well. Insane mentals – we don’t think his 19 aggression is enough actually – and well-rounded technical and physical stats mean he can more than do a job for at least one season.

Plus bringing Costa to Barcelona is everything FM is about; slightly stupid, cult-hero level transfers that look as if they make absolutely zero sense but actually work out better than you could have ever imagined.

Do it. You know you want to.