Bellerin next: 7 La Masia graduates who returned to Barcelona 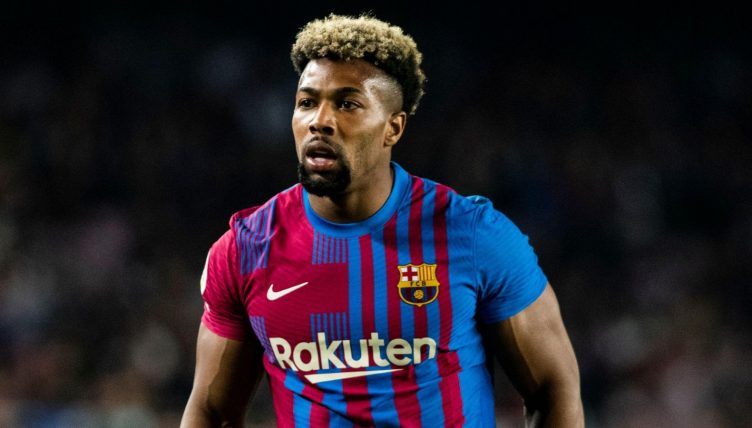 But Bellerin’s not the first Blaugrana academy grad to move back to Camp Nou. In fact, he has joined a long list of players whose career paths have seen them return to Barcelona.

Here are seven other La Masia graduates who left Barcelona only to return later in their careers.

You may well have forgotten that Traore was even a La Masia graduate before he rocked back up at Camp Nou on loan last season, baby oil in hand.

But he was. He even played four times for the senior team before moving to Aston Villa in 2015.

The loan move from Wolves started brightly too, the Spain international putting in a couple of barnstorming displays early on. But he faded badly and Barca didn’t take up their option to recruit him permanently in the summer.

Pique is potentially the most ‘Did you know that he used to play for X?’ player in the world.

The answer is yes, everyone knows Pique used to play for Manchester United. But what you might not know is that Wayne Rooney thinks he returned to Barcelona in 2008 because of… Bolton?

“Bolton away more or less finished Gerard Pique’s career at United,” Rooney said. “He was young and got bullied there and I think that’s when Fergie decided that, physically, he wasn’t right for the Premier League.”

In 2005 Alba was released by the Barcelona academy for being too small. Presumably all of the growth hormones had to be stockpiled for Lionel Messi.

But that didn’t stop the full-back from playing for a local Catalan team where he was eventually picked up by Valencia.

As with many on this list, eventually Barcelona accepted they had been wrong. They re-signed the Spanish international in 2012, with his height no longer an issue.

Fabregas has got life worked out. After a few years by the Med in Monaco, he recently moved to Serie B side Como, in the glorious Italian Alps, with shares in the club included in the deal that took him there.

He’s 34 now and when he does eventually call it a day it will bring to an end a brilliant career featuring a World Cup victory in 2010.

But both La Liga and the Champions League are missing from his trophy cabinet. He returned to Barcelona from Arsenal in 2011 in hopes of winning both but while they won both the season before he joined they failed to do so during his three-year stint back in Catalonia.

The season after he left, they won them both. Oh dear.

Garcia developed through the La Masia system but was loaned out four times until Barcelona decided they didn’t want him.

He moved to Atletico Madrid in 2002 but after one impressive season, Barcelona decided that no, sorry, they did in fact want him and he was re-signed thanks to a buy-back clause.

Yet one year later, you guessed it, the Catalan club changed their mind once more. They sold him to Liverpool where he was reunited with Rafa Benitez who he had played under on loan at Tenerife.

Garcia left Barcelona in 2017 to join Manchester City’s youth academy but returned in the summer of 2020, garnering comparisons to Pique.

“Returning to Barcelona is a brave move,” he has since said, which is something of an understatement. It hasn’t proved easy, either, with Garcia’s performances coming under fire.

But Xavi loves him. In April, he told a press conference: “We’re very happy with Eric.

“He’s not as tall as, let’s say [Ronald] Araujo, but his leadership qualities… He’s excellent. He’s committed. He’s also great at working with the ball.

“Garcia will be great for Barca in many years to come.”

Deulofeu was tipped for big things, but struggled for game time after graduating from La Masia to the senior side and eventually left permanently for Everton in 2015.

Yet thanks to a release clause he returned to Catalonia in summer 2017… only to move to Watford six months later in January 2018.

In total, he made just 12 league appearances for the club across his two stints.

TRY A QUIZ: Can you name Barcelona’s top 30 goalscorers of all time?