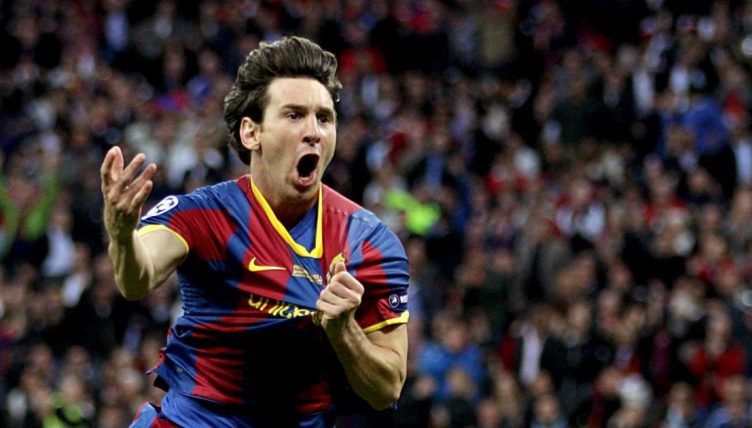 The Barcelona versus Manchester United 2011 Champions League final was one of the best in modern history. It pitted Pep Guardiola’s side against Sir Alex Ferguson’s for the second time in three finals and saw Barcelona win the trophy once more.

It was the last time Manchester United reached the final of Europe’s premier competition, and as it was hosted at Wembley, where United had become the first English side to lift the famous trophy in 1968, they were tipped to win a fourth title.

But they couldn’t get past the sheer brilliance of Guardiola’s prime Barcelona. A first-half goal from Pedro assisted by Xavi gave the Catalan side the lead inside 30 minutes and while Wayne Rooney struck before half–time to level the match Barca simply had too much.

Lionel Messi scored in the 54th minute before David Villa wrapped up the victory in the 69th minute and ended all hope of a Red Devils comeback.

“They were unplayable,” Ferguson said of the Barcelona side that day. “It’s not easy when you’ve been well beaten like that to think another way. No one has given us a hiding like that. It’s a great moment for them. They deserve it because they play the right way and enjoy their football.”

Here are 13 stats that show just how dominant Barcelona were that day.

– This was the second final in two years between Barcelona and Manchester United. Barcelona beat the then-holders United in 2009 at the Stadio Olimpico in Rome 2-0 and then repeated the feat when they defeated the Red Devils 3-1 in 2011, an aggregate victory of 5-1 across the two finals.

– Barcelona had a huge 68.4% possession in the 2011 final. They had a pass success rate of 89.6%, almost ten percentage points higher than United’s.

– Messi’s goal in the 54th minute was his 12th in the 2010-11 edition of the competition and confirmed his position as the tournament’s golden boot winner. His closest rivals were Mario Gomez and Samuel Eto’o, who both scored eight, four fewer than the Argentine.

Streets are still trembling because of 2011 Messi🐐 pic.twitter.com/hPZP0CgVlZ

– Messi’s 12 goals came in 1098 minutes, meaning he scored once every 91.5 minutes in the Champions League that season.

– Barcelona had 12 shots on target compared to Manchester United’s one. The Red Devils also only managed another two shots off target, meaning Barca’s shots on target were four times United’s total shots.

– Barcelona did not concede one corner kick in the entire match, a huge advantage due to United’s danger from set pieces. The Blaugrana had five of their own, however.

– Remarkably, Barcelona caught United offside five times while a Barcelona player was penalised for offside just once in the entire game.

– Despite being fouled 16 times by Manchester United while committing only five fouls themselves, Barcelona received the same number of yellow cards as Alex Ferguson’s side: two.

– The four goals scored in the match made the 2011 edition the final with the highest number of goals since Liverpool’s comeback penalty victory against AC Milan in 2005 where the final score ended 3-3. It was the highest-scoring 90-minute final since Dortmund’s 1997 3-1 victory over Juventus.

– Barcelona’s three goals were all scored by and assisted by different individuals for a total of six direct goal contributors. Pedro was assisted by Xavi, Messi by Andres Iniesta and David Villa by Sergio Busquets.

– This was Barcelona’s seventh appearance in a European Cup or Champions League final and their fourth victory. They lost their first two finals, first against Benfica in 1961 and then to Steaua Bucharest in 1986. After finally winning in 1992, they lost again in 1994 at the hands of AC Milan. But since then, they have won four out of the four finals they have played in.

– This was the sixth European Cup or Champions League Final in history to be held at Wembley, the first since it was rebuilt. The last final at Wembley before this one also featured Barcelona, who won the 1992 European Cup in a 1-0 victory over Sampdoria.

– Wayne Rooney’s goal to level the game at 1-1 made him only the sixth Englishman to score in a Champions League final. That includes fellow former Manchester United player Teddy Sheringham, who scored United’s first in 1999.

READ NEXT: Where are they now? The Barcelona B XI from Messi’s last game in 2005