Comparing Barcelona’s record with and without Dembele in 2021-22 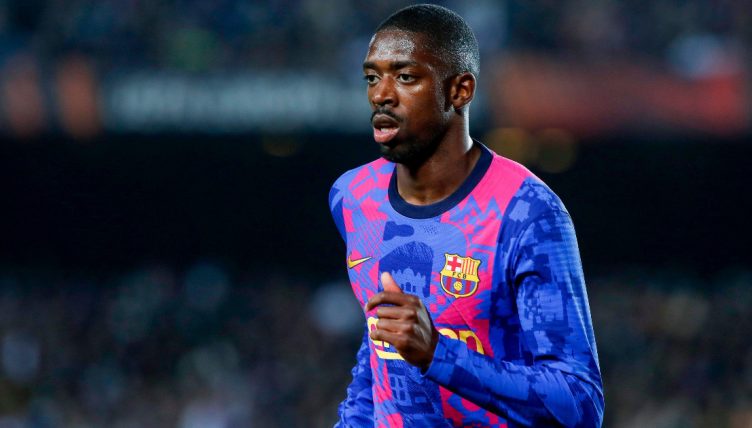 Ousmane Dembele looks set to depart Barcelona on a free transfer five years after his arrival and while most of his time at the Camp Nou was spent on the injury table, his resurgence since the arrival of Xavi has seen him become an important player.

The 25-year-old has been strongly linked with a transfer to Chelsea, following his rejection of a number of contract offers from Barcelona to keep him at the club.

Dembele arrived in 2017 for around £120million from Borussia Dortmund but has missed a significant number of games through injury, and the Frenchman’s form has been wildly inconsistent for most of his Barcelona career.

Nevertheless, Xavi has helped Dembele enjoy his football again, and he managed to force his way back into the starting XI for a good proportion of the second half of the campaign.

In all, Dembele managed 18 starts, scoring one goal and notching a very impressive 13 assists. In fact, he has managed more assists than any other player in Europe’s big five leagues since the turn of the year. Only Lionel Messi came close.

Xavi expressed his strong desire to keep and work with Dembele in November.

“Extending Ousmane Dembele’s contract is one of our priorities, yes,” the Barcelona boss said. “He could be the best player in the world in his position.

“Ousmane has to work a lot, he has the potential to make the difference at Barca as the world’s top player. But he needs to be consistent”

Barcelona endured a difficult campaign in their first season without Messi, failing to progress in their Champions League group before being humiliated by Frankfurt in the Europa League. They also finished 13 points behind rivals Real Madrid in La Liga.