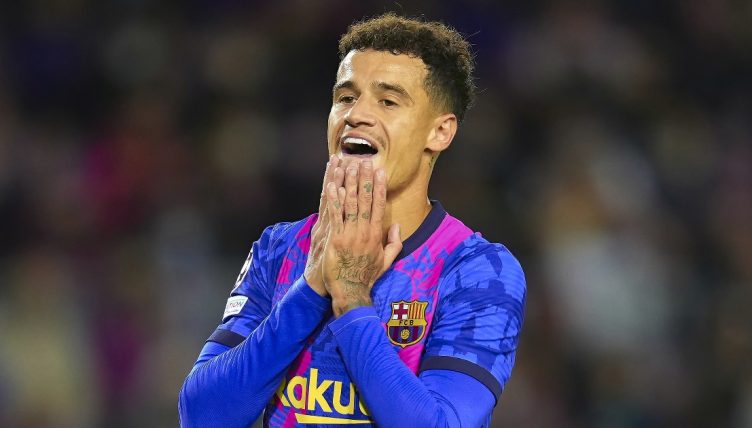 While Barcelona have been criticised for their poor recruitment in recent years, they’ve also struggled to make a profit on their players.

Admittedly, Neymar’s move to PSG is one glaring exception – but a lot of their signings decreased in value during their time at Camp Nou.

We’ve looked at the 15 players Barcelona have sold at a loss in the last five years. Note: we’ve only included players that made a loss of at least £1million.

While most clubs worry about resale value, Barcelona were happy to spend £18million on a 31-year-old Mathieu in 2014.

He struggled to usurp Javier Mascherano as Gerard Pique’s favoured partner in the centre of defence, making just 62 La Liga appearances for the club.

After three years at Barcelona, the former France international left on a free transfer to Sporting.

Mascherano joined Barcelona from Liverpool in 2010 and made 334 appearances during his seven and a half trophy-laden years at Camp Nou, winning five La Liga titles, two Champions Leagues and five Copas del Rey.

He was sold to Chinese side Hebei China Fortune for £4.95million in January 2018, but in this case Barcelona definitely got their money’s worth. 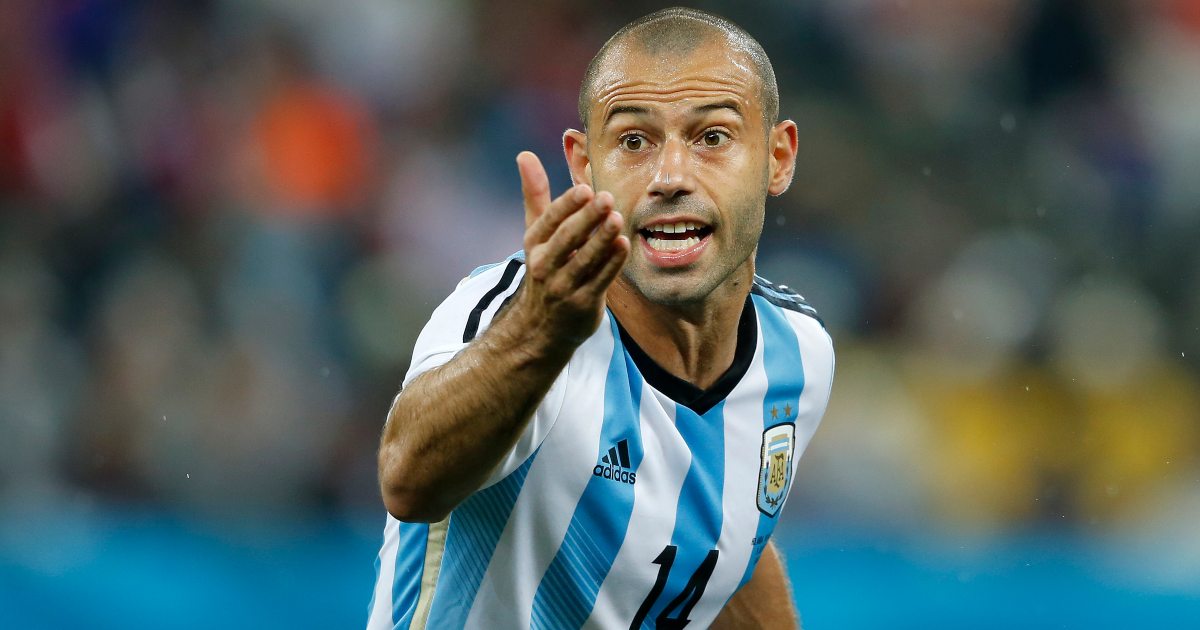 After signing Dani Alves, Seydou Keita and Ivan Rakitic from Sevilla, Barcelona returned to the club in 2015 and bought Vidal for £15.3million.

But the right-back spent the first half of the 2015-16 campaign on the sidelines as the Blaugrana served a transfer registration ban.

He then made just 30 La Liga appearances for Barcelona and was sold back to his former club at a £6.93million loss in the summer of 2018.

Gomes starred for Valencia and helped Portugal win Euro 2016 before joining Barcelona in a £33.3million deal.

The midfielder failed to recapture the form he had shown at Valencia, and he was voted the worst signing of the 2016-17 season by Marca.

After another disappointing season at Camp Nou, he joined Everton on loan and then made the move permanent n 2019.

After proving his goalscoring capabilities at Valencia, Alcacer earned a £27million move to Barcelona in 2016.

But the striker only started 23 games for the club as Lionel Messi, Luis Suarez and Neymar were firmly established as the front three.

He spent the 2018-19 season on loan at Borussia Dortmund, who then exercised the option to make the deal permanent for £18.9million.

Barcelona agreed on that fee before the loan move but probably weren’t excepting him to score 18 goals in 26 Bundesliga appearances in 2018-19. Oops.

Despite watching Vermaelen struggle with a series of injury problems at Arsenal, Barcelona still decided to pay £17.1million for him in 2014.

The centre-back spent most of his debut season on the treatment table and had to wait until May 2015 to make his Barcelona debut.

He was subsequently released in 2019 after 53 games in five years and joined Japanese side Vissel Kobe on a free transfer.

Douglas joined Barcelona in a £3.6million deal, made eight appearances for the club, had three loan spells and then left on a free transfer in 2019.

Bit of a waste of time in our book.

Having impressed at Benfica, Semedo joined Barcelona in a £32.13million deal and was initially billed as Dani Alves’ long-term successor.

The right-back made over 120 appearances for the club but failed to live up to those expectations and left for Wolves in 2020.

While he was sold at a loss, the fact that Barcelona managed to get £28.8mllion for him in the aftermath of that performance against Bayern Munich probably says more about his agent than his ability.

Wow, Alphonso Davies is just so difficult to stop 🔥

But he was deemed surplus to requirements by Ronald Koeman in 2020 and was allowed to join Atletico Madrid for just £8.1million.

Barcelona were then left with egg on their face when the Uruguay international fired Atletico to the La Liga title in 2020-21.

Signed alongside Suarez in the summer of 2014, Rakitic cost just £16.2million but proved to be an excellent signing for Barcelona.

He won four La Liga titles and also opened the scoring against Juventus as Barcelona completed their second treble with a 3-1 win in the 2015 Champions League final.

After making over 300 appearances in his six years at Camp Nou, the midfielder was allowed to join former club Sevilla for a measly £3.15million.

Barcelona failed to learn their lesson from Mathieu and spent £16.2million on a 31-year-old Vidal in 2018.

The Chile international was past his peak and his all-action playing style meant that he didn’t fit in particularly well at Camp Nou.

He was also shown the door following Koeman’s arrival in 2020 and joined Inter Milan on a free transfer.

Having starred for Atletico Madrid, expectations were high when Turan completed a £30.6million move to Barcelona in 2015.

Alongside Aleix Vidal, he also missed the first half of the 2015-16 season due to Barcelona’s transfer ban and ultimately failed to make a major impact at Camp Nou.

The Turkey international was shipped off on loan to Istanbul Basaksehir in 2018, where his misdemeanours included a suspended prison sentence after firing a gun in a hospital and a 16-match ban for pushing an assistant referee.

Turan then left Barcelona on a free transfer in 2020 and returned to boyhood club Galatasaray.

Firpo, who came through the ranks at Real Betis, enjoyed an impressive 2018-19 season and earned an £18million move to Barcelona.

The left-back mainly acted as back-up to Jordi Alba and was sold to Leeds at a small loss after making just 24 La Liga appearances in his two years at Barcelona.

Having watched his performances at Elland Road in 2021-22, it’s safe to say that Barcelona did pretty well to get £13.5million for him.

Signed from Palmeiras for £6.3million in January 2020, Fernandes made just one appearance for Barcelona in a Champions League win over Dynamo Kyiv.

His contract was supposed to run to 2025 but Barcelona decided to terminate it at the end of the 2020-21 season.

“I didn’t know, and when they told me I couldn’t believe it,” he told Globoesporte. “I was at home, I was going out with my wife and I received a message from the club asking if I had the same email address. I confirmed and then received it.

“I didn’t understand it, I sent it to my manager and lawyer. They said it was my dismissal. Time passed and my name came out in the press. No conversation, nothing, they didn’t even call to say hello and goodbye.”

If the Barcelona directors had a time machine, they’d immediately go back to January 2018.

Coutinho became Barcelona’s most expensive signing of all time when he left Liverpool at the start of 2018 and was viewed as a long-term replacement for Andres Iniesta.

But the Brazil international failed to justify the price tag and even scored two goals against Barcelona while on loan at Bayern Munich.

After he started to rediscover his best form on loan at Aston Villa in 2022, the move was made permanent for just £18million. 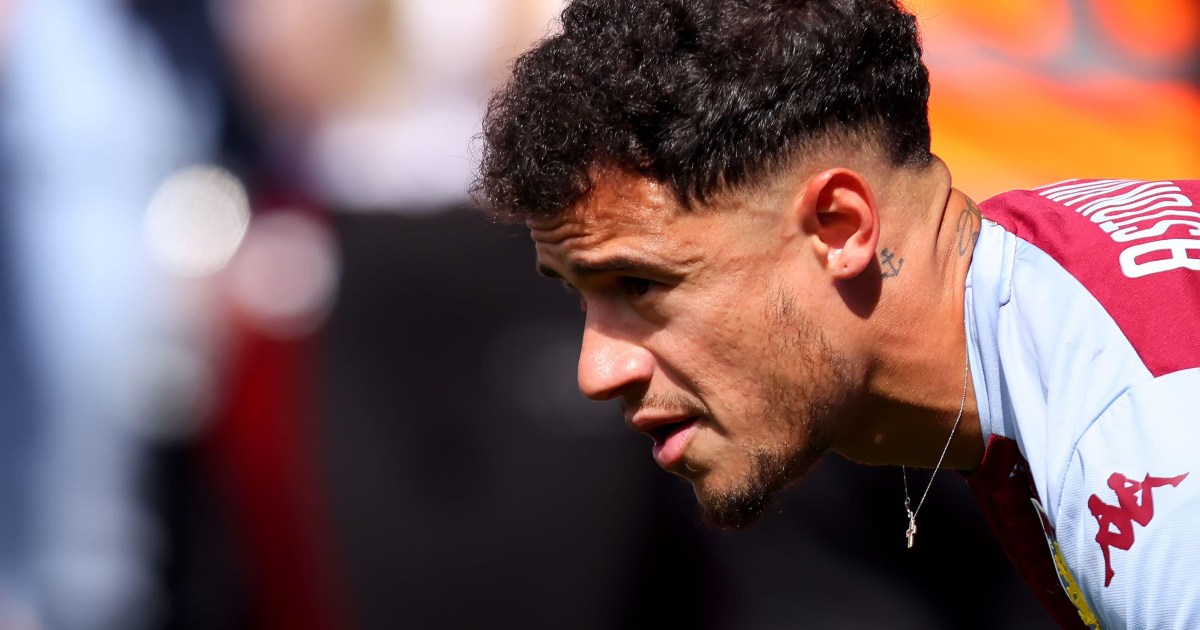