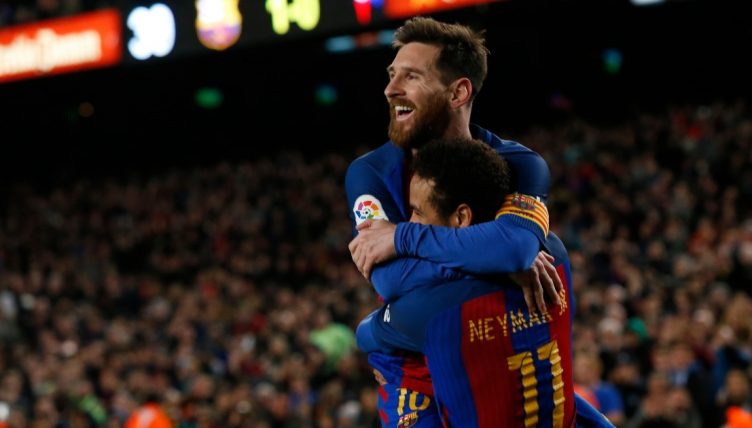 Only a select number of footballers have been talented enough for Barcelona and Real Madrid to be pursuing their signature at the same time and these nine excellent players chose to wear the Blaugrana shirt.

The two Spanish giants are arguably the biggest two football clubs in the world and usually able to sign whoever they like. But, when two tribes go to war over the signing of a superstar player, there has to be a loser.

And, while the likes of Cristiano Ronaldo, Mesut Ozil and David Beckham chose Madrid, plenty of others have been unable to resist the allure of the Camp Nou.

We’ve identified nine players who chose Barcelona over Real Madrid and their reasons for doing so.

It’s an open secret that Madrid wanted to sign Neymar during his Santos days.

The first time came in 2006 when he was only 13 years old, as Madrid were interested in signing him to the academy. And in 2013, the club engaged in a bidding war with Barcelona for his services.

Neymar claims that he chose the latter for footballing reasons.

“I sent offers from Chelsea and Real Madrid to Santos,” Wagner Riberio, Neymar’s former agent, told UOL Esporte, per Goal. “The one from Barcelona went directly to the father. I wanted him to go to Madrid, I always said it.

“Economically, it was a better offer for Santos and even better for the player. But he decided to go to Barcelona because they were the team of his heart.”

Messi wearing white and strutting his stuff at the Bernabeu? You can’t imagine it, can you?

But it could have happened according to Messi’s former agent, Horacio Gaggioli, who told ESPN that the six-time Ballon d’Or winner could have signed for Real Madrid in his youth days.

“Due to life circumstances, I went to live in Barcelona, and I brought him to Barca for a trial,” Gaggioli said.

“But I was about to live in Madrid. If that had happened, I would have taken him to Madrid for a trial. That’s life; those are the details. Today, Messi could have been a Real Madrid player.”

And, according to Spanish outlet Cadena COPE, Florentino Perez tried to bring the Argentina star to Madrid on three occasions – but Messi responded with a ‘Thanks, but no’ to each of Perez’s offers.

“I never hid my move to Real Madrid was almost done… my fate changed and I arrived at Barcelona instead,” Alves revealed in a radio interview in 2016.

We reckon he just about made the right decision; in his first season at the club, Alves won a remarkable treble of trophies in Pep Guardiola’s famous side which captured La Liga, Champions League and Copa del Rey triumphs during the 2008-09 campaign.

Fabregas graduated from the famous La Masia academy but made the move to Arsenal at the age of 16 and established himself as one of the finest midfielders of his generation.

While Fabregas returned to Barcelona in 2011, he later revealed that Madrid president Ramon Calderon made a last-ditch attempt to bring him to the Bernabeu.

In an interview, Fabregas revealed, “That you are wanted by Madrid, one of the biggest teams in history, is important.” When asked about his reply to Calderon, the World Cup winner admitted he did not say ‘no’ but instead said, ‘not now’.

Suarez was at his professional peak in 2014, having scored 30 league goals for Liverpool and knocked England out of the World Cup.

His departure from Anfield soon became inevitable, with the two Spanish giants battling for his signature.

“Real Madrid were very interested in me, but my dream was always to play for Barca,” Suarez said on COPE’s El Partido de las 12 show. “When I heard the name ‘Barcelona,’ I didn’t hesitate for a moment.”

But the deciding factor may have been Barcelona’s support of Suarez after biting Giorgio Chiellini at the World Cup. It’s safe to say he repaid their support… 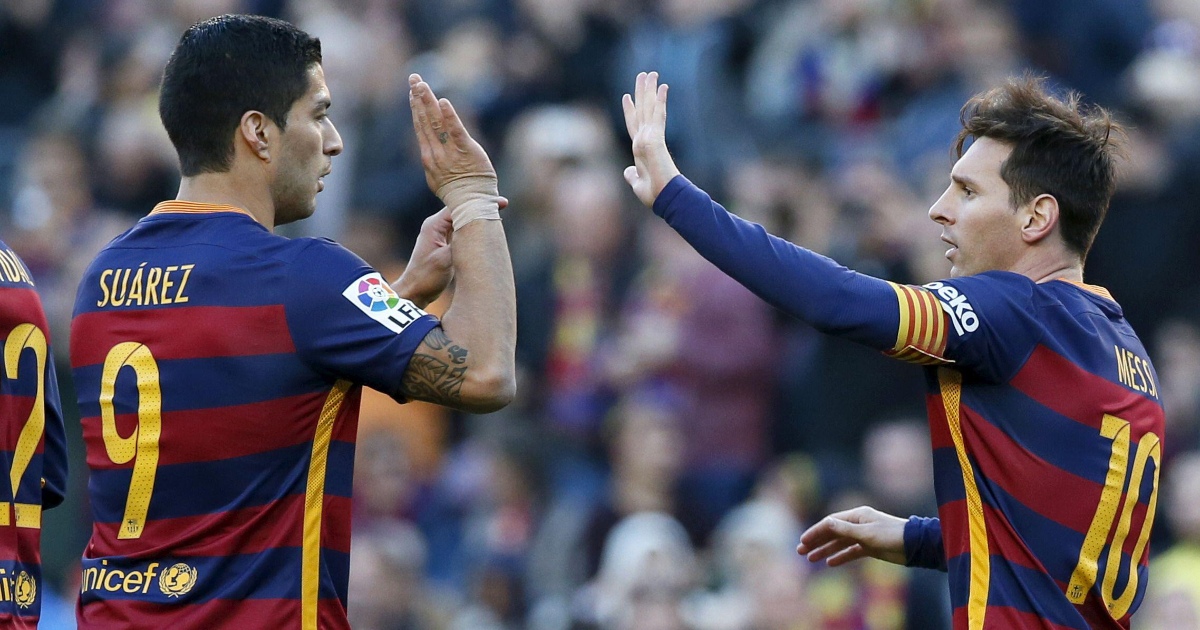 READ: The 5 players with the most assists for Lionel Messi goals: Suarez, Xavi…

Aged 18, Gavi has already made over 60 appearances for Barcelona and has the potential to be one of the world’s leading midfielders – but Barca had to beat off fierce competition for the Andalucian.

“I know that [Real] Madrid and Atletico wanted him, but when he went to Barcelona he told his parents: ‘Dad, the best [players] are here and I want to play here,'” his former coach Manuel Vasco told Marca.

“The kid was attracting interest from the big clubs from the beginning, [Real] Betis and Sevilla were the first to arrive here due to the proximity.

“Barcelona signed him in a tournament that took place in the Algarve, in which he was chosen as the best player and Barcelona took him.

“But before that, I think he was in Madrid with both teams, and they were watching him, and he was clear that, if he had to choose between the big clubs, he liked Barcelona more,” he concluded.

Eto’o was plucked from an academy in his native Cameroon by Real Madrid scouts as a youngster but never made the grade in the Spanish capital.

After being let go, Eto’o thrived at Mallorca before heading to Barcelona in 2004, where he went on to become one of the most feared strikers in the world

But, following re-election, Florentino Perez said he intended to buy back the full rights to the player from Mallorca and then loan him out to another club. Madrid even attempted to offload Eto’o to Liverpool in exchange for Michael Owen before admitting defeat and selling Eto’o to Barca.

“For some time I have wanted to wear the Barcelona shirt,” Eto’o said before launching a thinly veiled attack on Madrid.

“But until now that hasn’t been possible because of the continual obstacles placed in my path by a club that you all know well, a club that I don’t want to return to because they never showed any faith in me.”

Following a series of excellent performances for Sevilla, Rakitic found himself courted by both Barcelona and Real Madrid in the summer of 2014.

He opted for Barca and his decision was rewarded with three trophies – La Liga, Copa del Rey and Champions League – in his first season in Catalonia.

Madrid came back in for Rakitic two years later, using Luka Modric to persuade his international team-mate to join the then European champions. But the Croatian turned down Madrid for a second time, winning him plenty of supporters among the Camp Nou faithful.

As well as Rakitic performed for Barcelona, we reckon he’d have also thrived at the Bernabeu, especially with Modric alongside him in midfield.

English fans may associate Gomes with injury-related underachievement at Everton, the midfielder was once a target for Europe’s elite clubs.

His displays for Valencia alerted the continent’s richest clubs, with Chelsea, Manchester United, Juventus and Real Madrid all expressing an interest in his services.

But Barcelona won the race and signed the Portugal international for a fee of €35 million in 2016.

Asked during his presentation as a Barcelona player why he chose the Catalans over Real Madrid, Gomes said: “I had to choose and I chose what I believe was the best for me to keep growing. I’m happy to come to this great team.

READ NEXT: Ranking the 26 Brazilians to sign for Barcelona since 1990