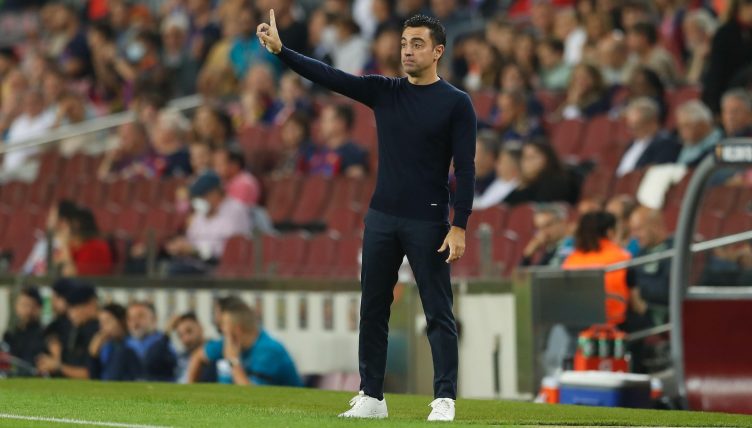 Xavi’s Barcelona have taken 87 points from his first 38 La Liga games in charge of the club. That’s a season’s worth of games – how does it look as a return?

It’s worth pointing out the caveat that his year’s worth of games doesn’t include playing 19 different teams home and away, with this table a bit more asymmetrical over the course of his tenure, having been appointed as Ronald Koeman’s successor last November.

To put the points tally of 87 from 38 games in context – it would be enough to have finished top of La Liga in each of the last four seasons.

Pep Guardiola’s Barcelona registered 87 points during his first year in charge of the club – the historic, treble-winning 2008-09 campaign, in which Xavi shone at the heart of midfield.

But for nine seasons between 2009 and 2018, the Spanish champions hit a total of 90 points or more, peaking in 2012 and 2013 when Jose Mourinho’s Madrid and then Tito Vilanova’s Barcelona hit a record 100 points in successive seasons.

But how does the La Liga table look over the course of Xavi’s full season’s worth of games so far?

Champions Madrid have taken four more points than Barcelona since Xavi returned to the Camp Nou, but the Catalan club are way ahead of the rest of the pack, having picked up 16 more points than Diego Simeone’s Atletico Madrid.

La Blaugranas are also considerably ahead of the likes of Real Betis, Villarreal, Real Sociedad and Athletic Bilbao.

Xavi has faced some criticism, having failed to guide Barcelona out of the Champions League group stage in successive seasons. He’s also yet to lead the club to any silverware, while there have been numerous high-profile defeats to elite opposition – Real Madrid, Bayern Munich, Inter…

However, the results from the bread and butter of Barcelona’s league campaign show that are definitely some positives from Xavi’s tenure to date. They’ve consistently picked up points against lesser opposition and been particularly strong on the road. The next

Here’s how the rest of the league table looks over the course of Xavi’s 38 La Liga games in charge of Barcelona.

Note: we’ve only included the 17 teams that have been in La Liga throughout Xavi’s tenure as Barcelona’s manager. This table doesn’t include last season’s relegated trio Granada, Levante and Alaves or 2022-23’s newly-promoted sides Almeria, Real Valladolid and Girona.