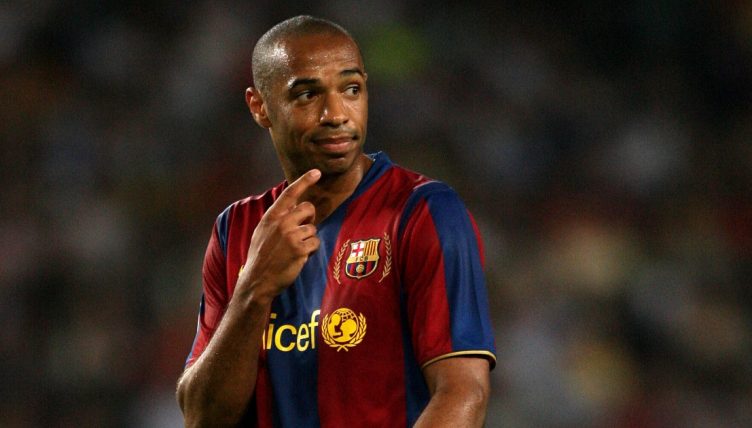 In the summer of 2007, Thierry Henry ended a trophy-laden eight-year spell at Arsenal to join Spanish giants Barcelona for a reported £16.1million transfer fee.

Signing for the Catalans one year after losing out to Barca in the 2006 Champions League final, the striker was an important player at the start of Pep Guardiola’s golden reign at the club – Frank Rijkaard was in charge when he initially joined the club.

In 2009, Henry starred in a Barcelona side that ended the calendar year with a record-breaking haul of six trophies. Crucially, an impressive tally which included the Champions League, a title one of the greatest Premier League players had long fought to add to his jam-packed cabinet of honours.

Registering 49 goals before an MLS move to New York Red Bulls in 2010, Henry’s time at the Nou Camp was an undoubted success.

But how did the other three players who also joined Barca alongside Henry in that transfer window fare in Catalonia?

Toure spent three seasons with the Blaugrana after signing from French side Monaco. The midfielder was a consistent starter but Guardiola often utilised the former Ivory Coast international as a makeshift centre-back – a role to great effect in Barca’s 2009 Champions League final win over Manchester United.

He made just over 100 appearances but fell out-of-favour in the final months of his stay. There were rumours of a fractious relationship between Toure and Guardiola.

“Whenever I asked him [Guardiola] something, he always gave strange answers,” Toure said

“That’s why I eventually decided to leave. I didn’t speak for Guardiola for a year.”

A prime Yaya Toure was unstoppable! 🔥🔥🔥

Henry’s Les Bleus team-mate joined from Lyon. The left-back won the Champions League on two occasions and racked up four La Liga titles during his six seasons at Barca.

That success was all the more remarkable, given he was diagnosed with liver cancer in March 2011. After undergoing surgery, Abidal returned to action just a couple of months later, and he also played 90 minutes in Barca’s dominant Champions League final victory over Manchester United at Wembley to conclude the 2010-11 season.

Due to complications with the initial operation, Abidal had to undergo a liver transplant in March 2012. He once again made a remarkable comeback; in Barca’s 5-0 league triumph against RCD Mallorca in April 2013.

Abidal was a cherished member of Guardiola’s dominant side. After retiring as a player, he later returned to the Camp Nou for a stint as sporting director.

Milito became the 20th Argentinian to wear the Barca shirt when he signed from Real Zaragoza. Under Rijkaard, the defender played 27 league matches in his debut campaign at the Camp Nou.

However, the former Argentina international known as ‘el Mariscal’ suffered a cruciate knee ligament injury following the club’s second-leg semi-final defeat in the Champions League at the hands of Manchester United at Old Trafford in 2008.

From that moment, Milito struggled to regain fitness and was used as a bit-part player when available for selection. He returned to his boyhood club Independiente in search of regular first-team football in 2011.

But after winning no fewer than 10 trophies in a four-year stint, it wasn’t all that bad for Milito in Catalonia.

READ NEXT: The 7 midfielders Barcelona signed to replace Iniesta and how they fared