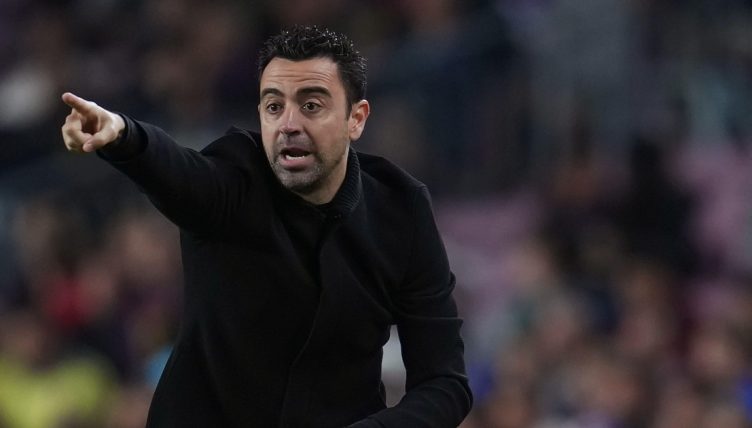 Since replacing Ronald Koeman in the Barcelona dugout earlier this season, Xavi has started to turn the club’s fortunes around.

Koeman won the Copa del Rey and finished third in La Liga in 2020-21 before overseeing a disastrous start to the current campaign.

After their opening 12 La Liga games, Barcelona had picked up just 17 points out of a possible 36 and were languishing in ninth spot.

Koeman was sacked following their 1-0 defeat at Rayo Vallecano in October and then replaced by Xavi, who began his managerial career in Qatar with Al-Sadd.

“Barcelona didn’t give me the same time as Xavi,” Koeman has since told the Dutch newspaper AD. “It is still painful for me. I was working with many injured players. Now Pedri is back in shape. Ousmane Dembele’s back. Every coach needs time and patience from the board.

“[Joan] Laporta told me a thousand times that Xavi would not be his coach because he lacked experience. But I was not Laporta’s coach. I had that feeling from the first moment. After he was elected there was no click. There was a lack of the necessary support from above.

“I really wanted to succeed at Barcelona, but I realised that Laporta wanted to get rid of me because I was not appointed by him. You won’t see me at Camp Nou for a while, I can’t do that yet. With this president, I can’t pretend that nothing happened.”

But Barcelona’s form and performances have improved under Xavi and they are now third in La Liga, one point behind second-placed Sevilla.

While they have been knocked out of the Champions League, the Copa del Rey and the Europa League, Barcelona produced their best performance of the season in their recent trip to the Bernabeu, beating Real Madrid 4-0 in El Clasico.

Even so, home defeats against Cadiz and Rayo Vallecano have highlighted that there’s still much work to be done before Barca clamber back onto their La Liga perch.

We’ve taken a look at Xavi’s record after 32 Barcelona games and compared it to Koeman’s last 32 in the dugout.