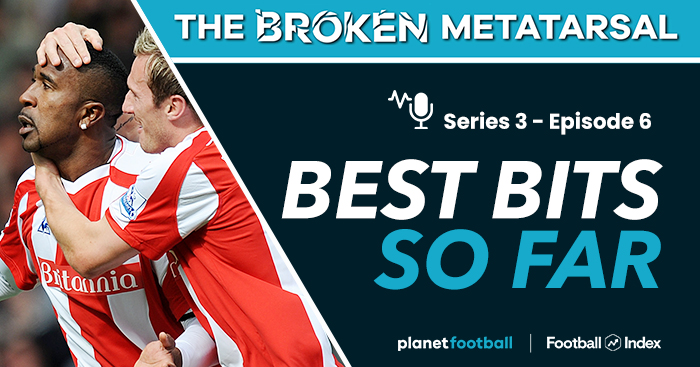 We remember some of our favourite moments from The Broken Metatarsal in the final episode before Christmas, featuring some extended chat about David and Victoria Beckham’s pre-World Cup 2002 party.

That party has dominated Mark’s thoughts ever since Danny Mills first told us all about it in the second episode of the current series, and it’s one of several moments from the three series so far we look back on in this Christmas special.

Banned sweets, Thai massages, Konch’s Cafe also feature heavily, while there is also, finally, acknowledgement that Ricardo Fuller was in fact the most talented player to appear in the Premier League during the 2000s.

To hear about all of that plus some of Mark’s favourite quotes from a three-part documentary he’s watched on the Beckhams’ World Cup party, listen below or search for The Broken Metatarsal on your favourite podcast provider.