Ben White next? Every £50m+ Premier League defender and how they’ve fared 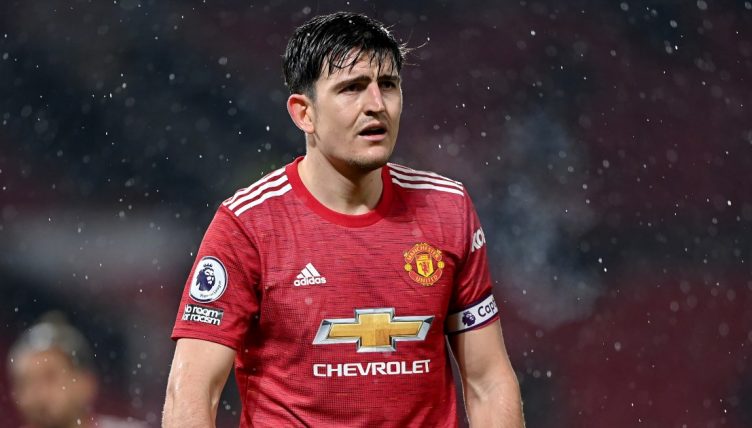 In English football history, eight defenders have been signed for a fee of £50million or more. That could become nine if Arsenal complete their much-discussed move for Brighton and England centre-half Ben White this summer.

But spending big does not guarantee success. So, how have the first eight mega-money defenders fared since their transfers?

Here, we take a look at each of them and how they’ve performed after such substantial sums have been invested in their services.

After just one full Premier League season as Crystal Palace’s starting right-back, Manchester United shelled out serious money to bring in the former England U21 international in 2019.

Defensively, there are none better. Faced with attackers one-on-one, AWB nearly always emerges with the ball under his control.

There are attacking deficiencies to his game however, as a result of which Gareth Southgate has been reluctant to hand him an England debut, preferring the four men he named in his initial England squad. To be fair to Wan-Bissaka, though, he’d probably have a few caps under his belt in most other eras.

Towards the end of the 2020-21 season, he did start to show a little more forward thrust, so United will be hoping that he, like fine wine, cheese and Luke Shaw, improves with age.

Stones is probably the hardest to make a judgement on among these super-expensive defenders. He is clearly supremely talented and started well at Manchester City after they made him the second most expensive defender in history in 2016.

Then his form dropped off a cliff. That culminated in 2019-20 when, seemingly bereft of confidence, he barely got in the team.

Now, though, the 27-year-old has recovered the composure that made City invest in him in the first place. In 2020-21, he started 31 games in all competitions – mostly alongside Ruben Dias – as City stormed to the title.

At the Euros with England, he is one of the first names on Southgate’s team sheet.

Mendy has made 43 league starts in the four seasons since City signed him from Monaco. He seems like a lovely fella, but you don’t pay that much just because someone’s good to have around.

In his first full season in the Premier League in 2018-19, Laporte was magnificent, commanding the Manchester City backline looking every bit a £57million player as Pep Guardiola’s men won the league with 98 points, just one ahead of Liverpool.

Yet since then the French-born Spain international has struggled a little. He spent almost all of the following season sidelined through injury, which many onlookers gave as the reason for City’s meek title defence. In 2020-21, he has been back, but Stones and Dias have been Guardiola’s preferred pairing at the back.

There is now talk that City are willing to let him go to Tottenham as part of a player-plus-cash deal for Harry Kane.

This fee may well be a bit misleading. When signing Cancelo from Juventus, City sent Danilo the other way for £34million – both fees inflated, we imagine to help with the bookkeeping.

Still the official fee was £60million, so here Cancelo is.

To be fair to the lad, he’s not been bad, certainly not recently. Having looked a touch lightweight at first, Cancelo really came into his own at left-back in 2020-21, as Guardiola tweaked City’s shape. Allowed to get forward and display his range of passing from central areas, Cancelo was one of the season’s standout performers.

Another City player, this one a rip-roaring success.

Dias arrived at City for a club-record fee in summer 2020 and has proved his worth more than once over. Being named FWA and Premier League Player of the Season in your first campaign is not bad, is it?

Some people questioned the wisdom of shelling out so much on a single defender when the towering Dutchman moved to Liverpool in 2018. Those people now look very silly.

He has glaring limitations to his game, most notably his oil-tanker-like turning circle and inability to sort his feet when nippy attackers are running at him. But United invariably look worse when the big England centre-half is not in the team, as they did in the 2021 Europa League final which they lost to Villarreal.

“Harry has been very important for us,” Ole Gunnar Solskjaer said in May 2021. “He has been an ever-present pretty much so he is a big miss… Harry is the captain. He is the leader of the group. He has been the one taking charge off the pitch as well.”